Like most people, I was brought up to trust the police and to believe they are honestly engaged in vital work defending life, limb and property against bad people.

I still believe that – I think. But I admit that in recent years doubts have begun to creep in, certainly about their competence, good sense and propriety.

These doubts have been deepened by the uncensored report by Sir Richard Henriques, a former distinguished judge, into Operation Midland. This investigation entailed the persecution by police of several blameless public figures wrongly accused of the most heinous sexual crimes.

The report, originally written in 2016, has been published in largely unredacted form (though there are still important omissions, as we will see later) because the Metropolitan Police has been shamed into doing so. 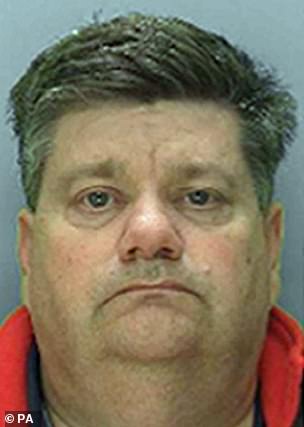 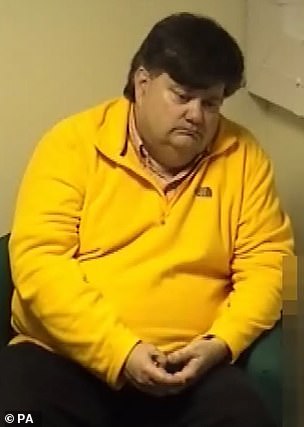 Carl Beech is now serving an 18-year jail term for fabricating a series of claims of rape, torture and murder. He is pictured in a mugshot (left) and being interviewed in January 2016 (right)

All of us can make mistakes, of course. What is so troubling about Sir Richard’s magnificently forensic account is that officers in the Metropolitan Police behaved not just incompetently but also without compassion or decency.

The report amplifies what he told the Mail in July – namely, that the boys in blue misled magistrates in applying for search warrants to raid the homes of Lord Bramall, Lady Brittan and Harvey Proctor.

How could it happen in this country? How could the Metropolitan Police have displayed the incompetence of the Keystone Kops and – it pains me to say so – the ruthlessness and cold-heartedness of the Stasi?

Their fatal flaw was to give so much credence to bizarre allegations made by the fantasist Carl Beech, previously known as ‘Nick’, that he was publicly described by one senior officer in 2014 as ‘credible and true’. 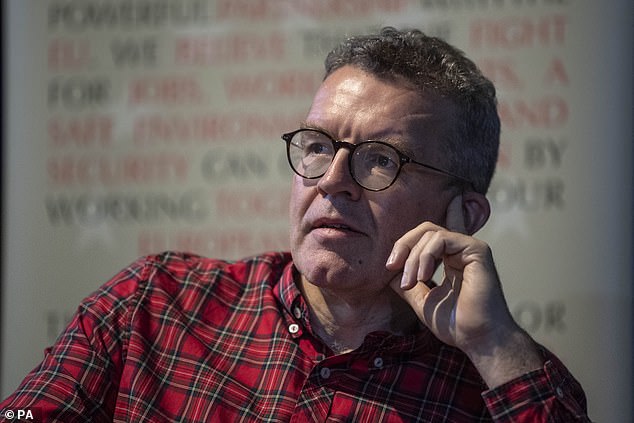 The loathsome and mendacious Beech, who was himself a paedophile, was jailed for 18 years in July for his ‘hideous and repugnant’ lies about alleged VIP sex abuse.

Having read this spine-chilling account of a police force out of control, I’m left with a terrifying reflection. If the constabulary can treat leading public figures like this – those with powerful friends who know how to look after themselves better than most of us – then none of us is safe.

None of us is safe from the knock on the door in the middle of the night, the search of our houses without proper authorisation, and ludicrous and unfounded charges being made against us so that our names and reputations are dragged through the mud.

One of the victims of police brutality, ex-Tory MP Harvey Proctor, told the BBC yesterday how he had lost his job and home as a result of baseless allegations accepted by the police, and had suffered death threats. It’s clear he will never be the same again.

I doubt Lord Bramall, a Second World War hero and former Chief of the Defence Staff, will ever recover from having his Hampshire home searched for ten hours by 20 police, leaving his wife, who suffered from Alzheimer’s, bewildered and confused. She died before he could establish his innocence.

And I’m pretty sure that Lady Brittan won’t get over her husband, former Home Secretary Leon Brittan, going to his grave before his name had been cleared of the most unspeakable sexual accusations.

Nor should we forget that, shortly after his death, Labour’s deputy leader Tom Watson – someone who encouraged and supported ‘Nick’ as he spewed out his invented filth – described Lord Brittan as ‘as close to evil as any human being could be’. He finally apologised for this shameful slur.

But let me deal with the police’s idiocies and cruelties in more detail before coming back to Mr Watson. Sir Richard’s enumeration of an incredible 43 separate failings is a terrible indictment of their investigation.

Scotland Yard’s egregious errors range from failing to consult the Wiltshire force (to whom Beech had given conflicting evidence), to not examining his computer early in the inquiry, to interviewing his mother, a vicar, very late in the day. Her testimony undermined her son’s lurid stories of childhood rape.

Astonishingly, the phrase ‘highly implausible’ occurs 14 times in Sir Richard’s report. For example: ‘I find it highly implausible that a former prime minister, a home secretary, former heads of MI5 and MI6, two field marshals, a former Conservative MP and a television presenter would have conspired together to inflict grievous bodily harm and to rape numerous young boys.’

You can say that again! But the police lost any sense of what was likely as they ploughed on regardless, turning a blind eye to evidence that did not suit their theories, and failing to follow sensible lines of inquiry. 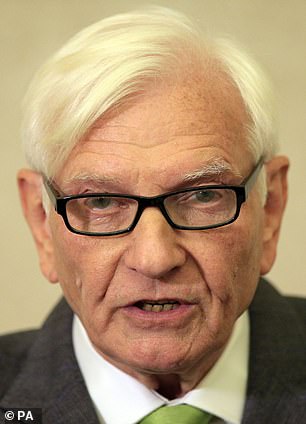 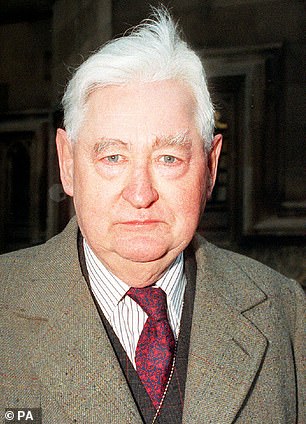 Lord Bramall (right) is a Second World War hero and former Chief of the Defence Staff who had his Hampshire home searched for ten hours by 20 police. Former Conservative MP Harvey Proctor (left) told the BBC yesterday how he had lost his job and home as a result of baseless allegations accepted by the police

Almost unbelievably, it did occur at one stage to the senior officer in charge of Operation Midland, Deputy Assistant Commissioner Steve Rodhouse, that ‘Nick may have fabricated some or all of his allegations’. But such qualms were set aside, and the investigation continued.

Although other officers made mistakes, Mr Rodhouse must carry the can. Yet after the inquiry was wrapped up in early 2016, having been recognized by police top brass as a fiasco, he was promoted to a £175,000-a-year post at the National Crime Agency. A reward for failure?

Not a single police officer has so far been required to resign as a consequence of a futile and ill-judged inquiry that caused a great deal of unnecessary pain to a lot of people.

Yesterday the Metropolitan Police declared itself ‘deeply, deeply sorry’. But I hardly think belated contrition is sufficient recompense for such ineptitude and inhumanity, and a debacle of this magnitude. 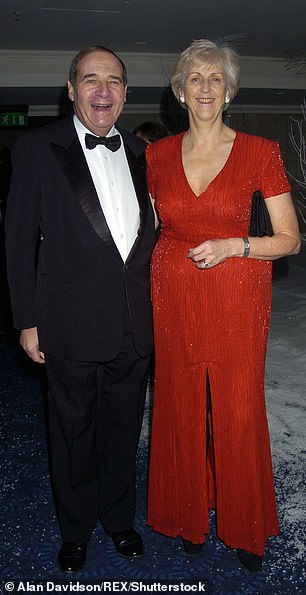 I’m pretty sure that Lady Brittan (right) won’t get over her husband, former Home Secretary Leon Brittan (left), going to his grave before his name had been cleared of the most unspeakable sexual accusations, writes STEPHEN GLOVER

That brings me back to Mr Watson. I don’t doubt he believed Nick’s fantastical allegations. But it surely can’t be denied that he was partly driven by a desire to damage high-profile Tories (Lord Brittan and Mr Proctor) and Lord Bramall, a member of the old Establishment.

The pressure he applied to the police didn’t merely concern Operation Midland. Mr Watson also urged them to pursue a false rape allegation dating back nearly 50 years against Lord Brittan from someone known as ‘Jane’. She was revealed to have had paranoid delusions and psychiatric problems.

Yet Lord Brittan was hounded by Scotland Yard while terminally ill with cancer in a hospital bed. Shamefully, all references to this particular investigation have been redacted from yesterday’s supposedly uncensored report.

Although Lady Brittan is reported to believe Mr Watson should resign, I don’t imagine this pugnacious political street fighter will give up his career in a moment of uncharacteristic remorse. All the same, he has sacrificed whatever reputation for decency he possessed.

But we are entitled to expect more from the police. Asking for heads to roll is not a matter of petty score-settling. Their good name, and their standing with the public, is at stake.

Does Scotland Yard grasp the extent of its failings? An apology, though welcome, can only be a beginning. Proof is needed that the Metropolitan Police understands how very disquieting its behaviour has been.

I don’t know what will emerge from the investigation by Her Majesty’s Inspectorate of Constabulary ordered by the Home Secretary, Priti Patel. We need much more than syrupy words of regret, though.

What is required is reassurance that the homes of innocent people will not again be raided by police officers acting on spurious allegations dreamt up by a malign lunatic.