A newly unearthed archive of Monty Python material has been released celebrating 50 years of the comedy troupe.

The six-strong group made their first appearance on the on October 5 1969 and went on to have global success with their often surreal comedy.

Photos and documents from the BBC archive, covering the early days of Python, have been restored. 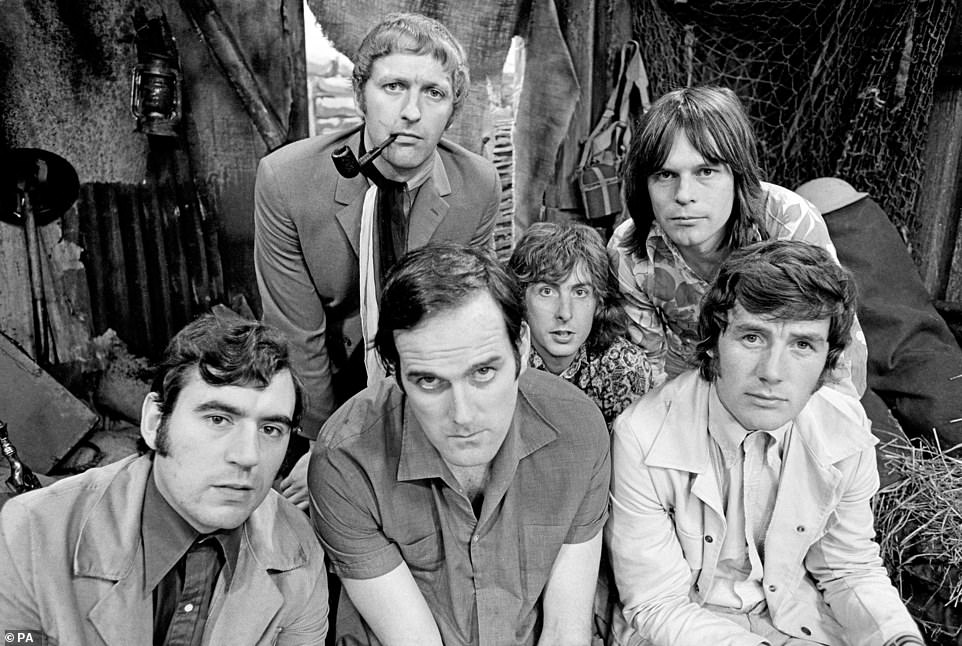 Something completely different: New photos have been released from the BBC archive to celebrate the 50th anniversary of Monty Python’s Flying Circus 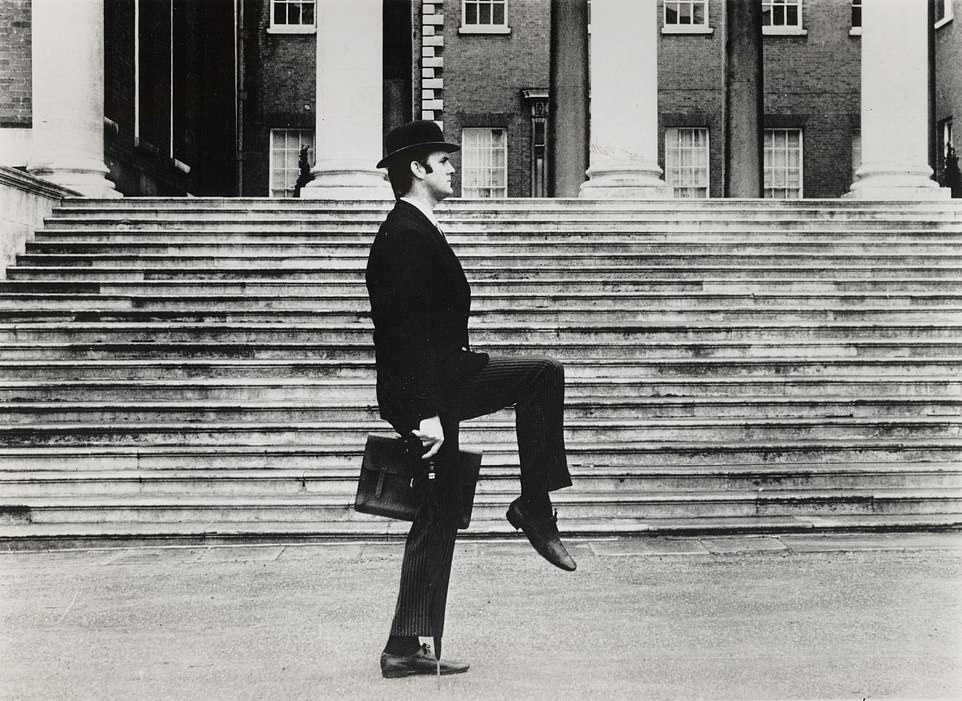 Walking on: The show was first recorded at the BBC on 7 September and premiered on 5 October 1969 beginning a series which would capture British audiences

The fully-restored photos show the comedy team filming sketches including The Ministry Of Silly Walks.

Documents reveal doubts about the show among the BBC hierarchy, who took exception to the constantly changing and ‘peculiar’ titles of the planned programme. 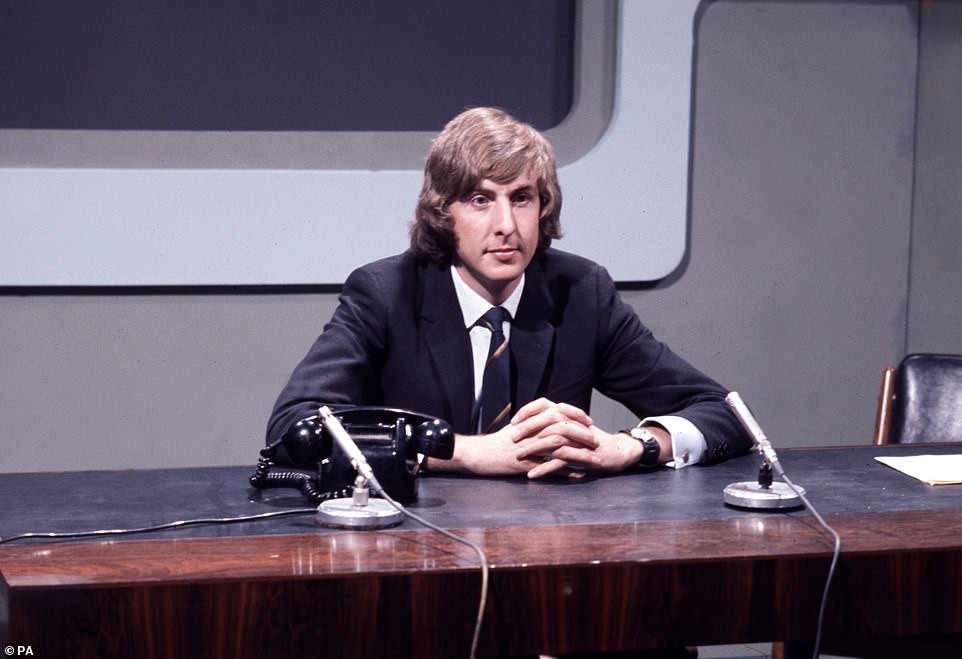 School Prizes: The sketch show is now being used by BBC History to teach young people how to write their own comedy. 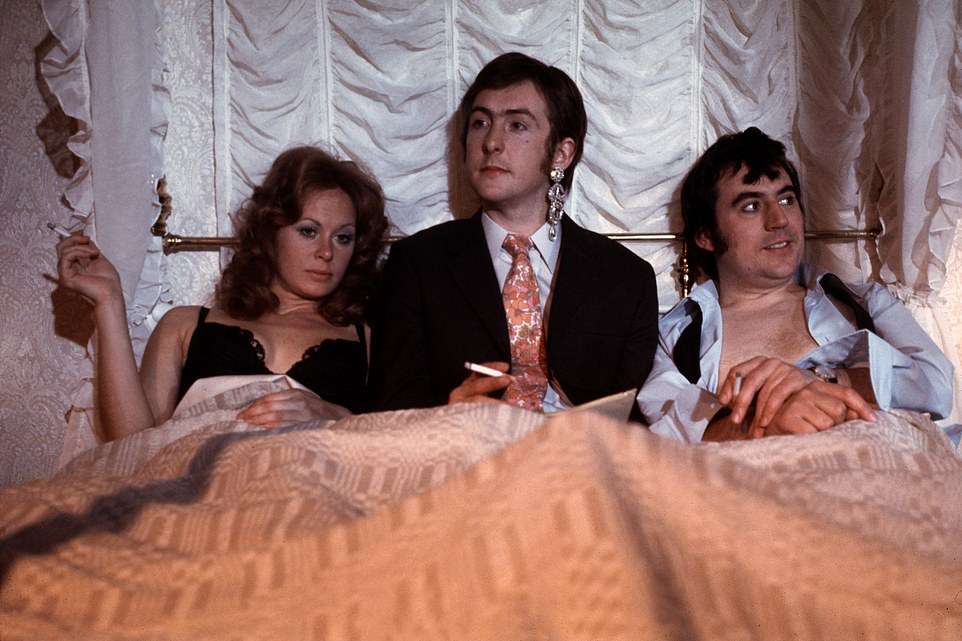 Carol Cleveland, Eric Jones (centre) and Terry Jones share a bed together for a sketch which was the BBC’s entry in the Golden Rose of Montreux festival in 1971 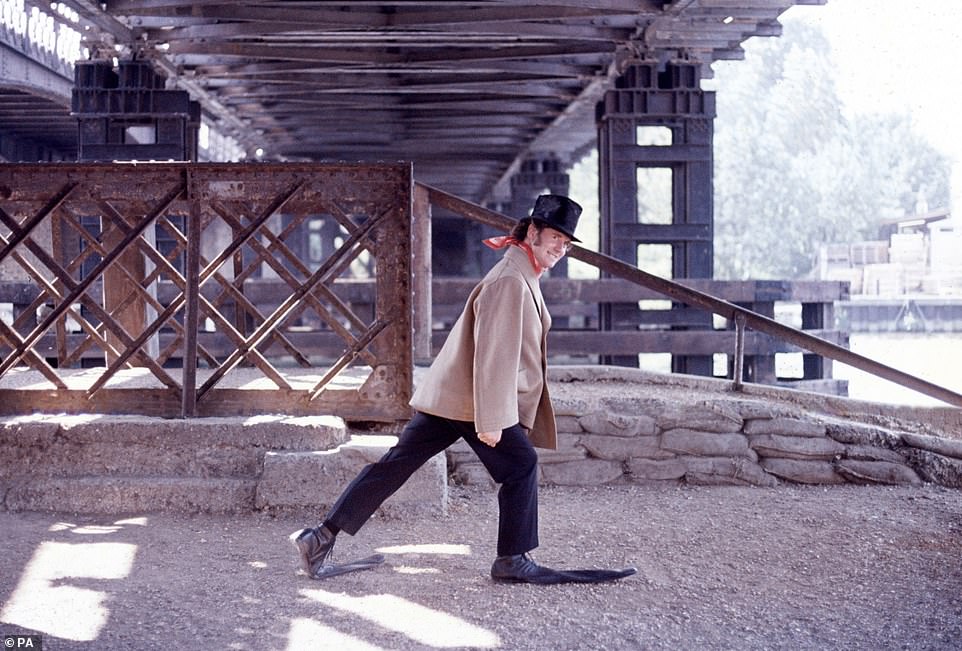 Michael Palin as he performs as part of the famous ‘Ministry of Silly Walks’ sketch, despite the popularity of the sketch, John Cleese allegedly disliked the sketch, feeling it relied on cheap humour 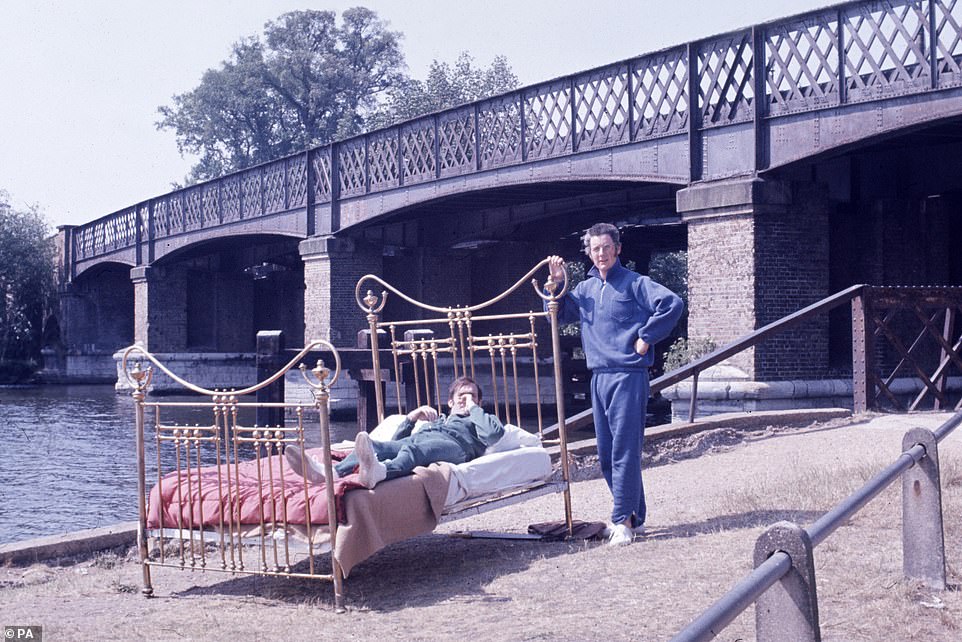 Never sleeping on the job: The show’s success is often credited to its ability to innovate with a ‘delicious sense of the ridiculous’

But a test audience was found to enjoy the ‘delicious sense of the ridiculous’ displayed by the troupe.

‘They highlight that longstanding BBC reputation of being the vital place that champions pioneering new talents. 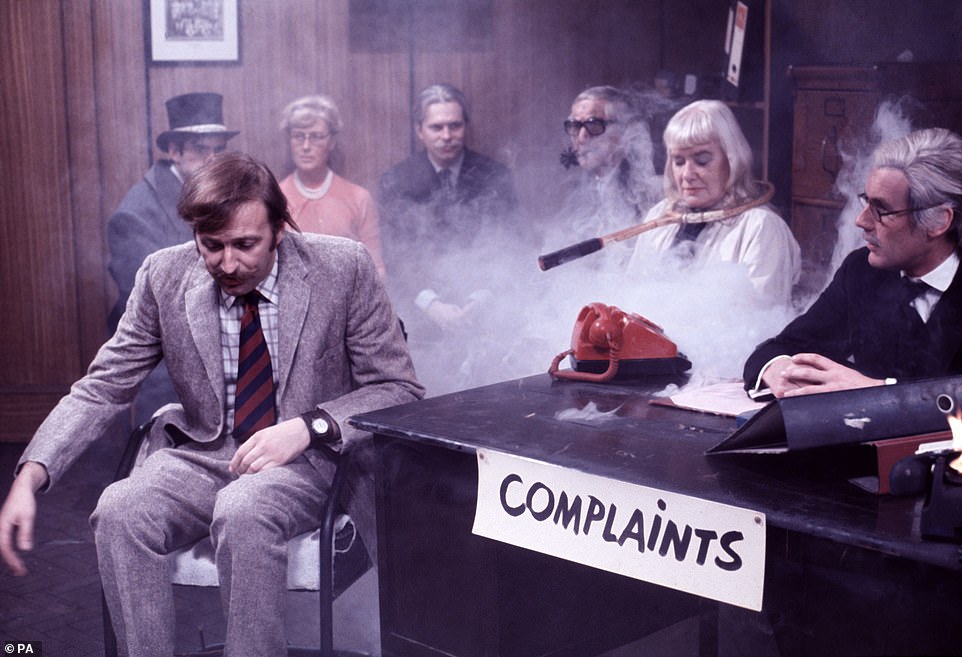 Complaints Department: Despite the wide acclaim the show has today, there were fears initially that the shows humour wouldn’t be popular with audiences 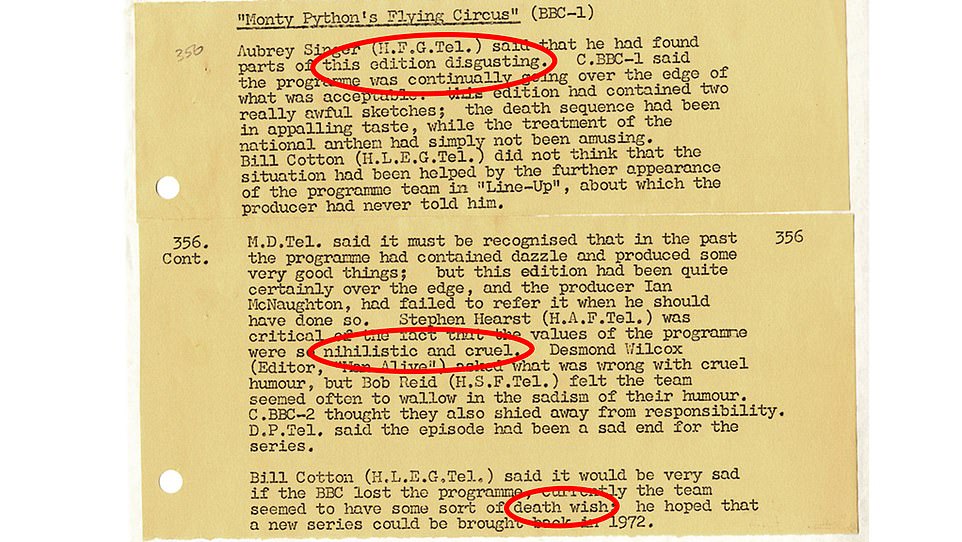 ‘The Pythons tore up the rule book of comedy grammar, conventions and traditions, but thankfully the support for creative freedom won the day and has certainly paid off in the long run as audiences continue to celebrate and revere their enormous impact on comedy.’

Photos of the group show them in various outfits, including an Attila the Hun costume, crinolines, giant shoes and military uniform.

In recognition of the programme’s impact 50 years on, BBC History is using the groundbreaking sketches as material to teach young people how to write their own comedy. 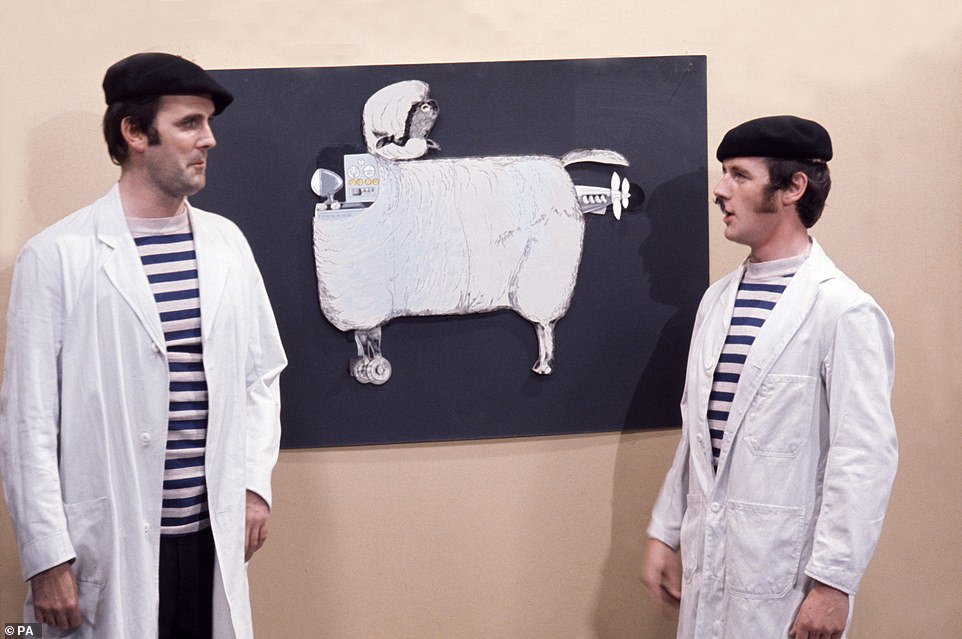 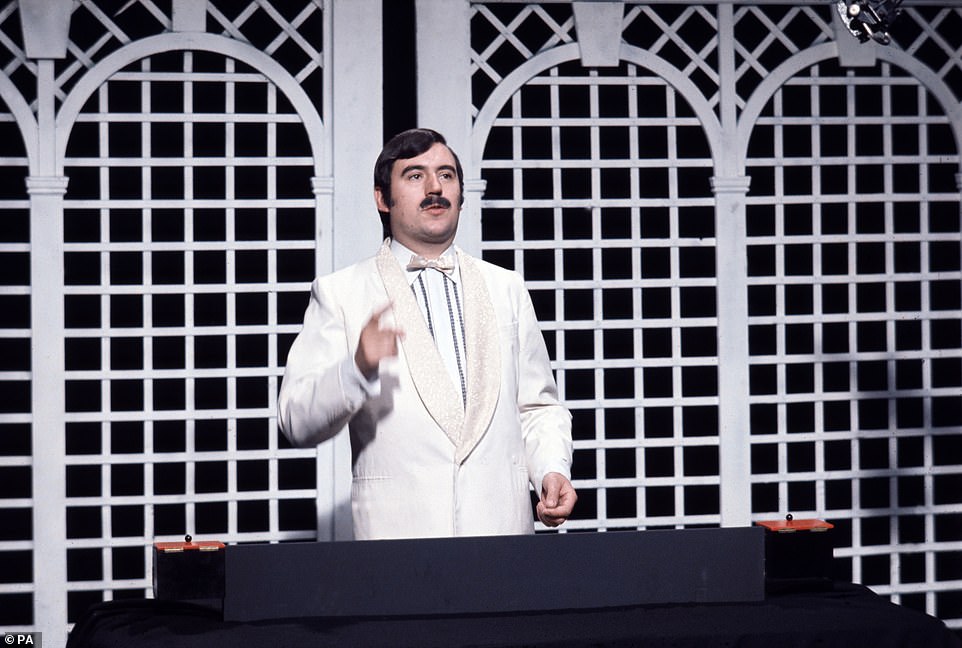 Terry Jones takes centre stage for the ‘musical mice’ sketch. While all the Python’s played female characters, Jones was known for really taking to his characters 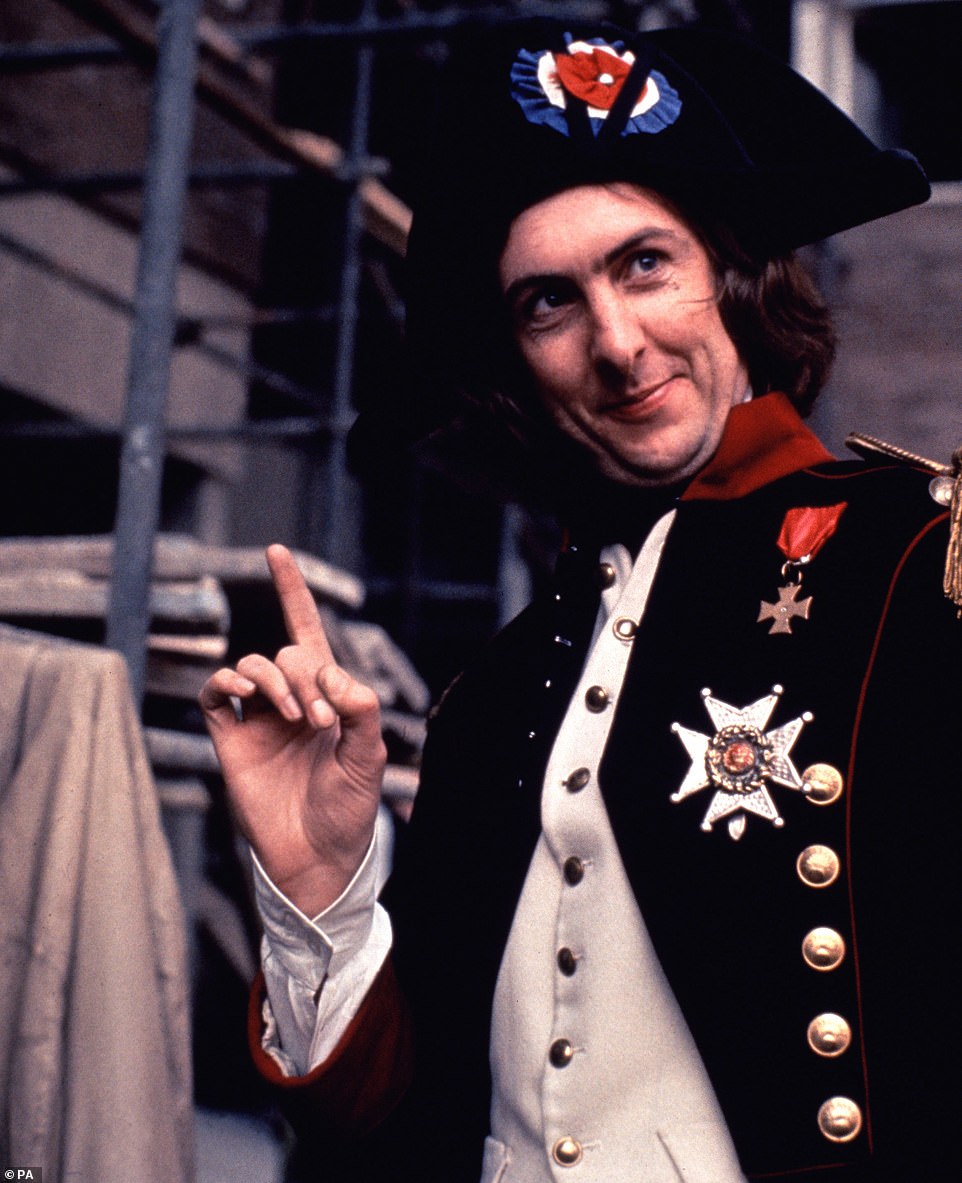 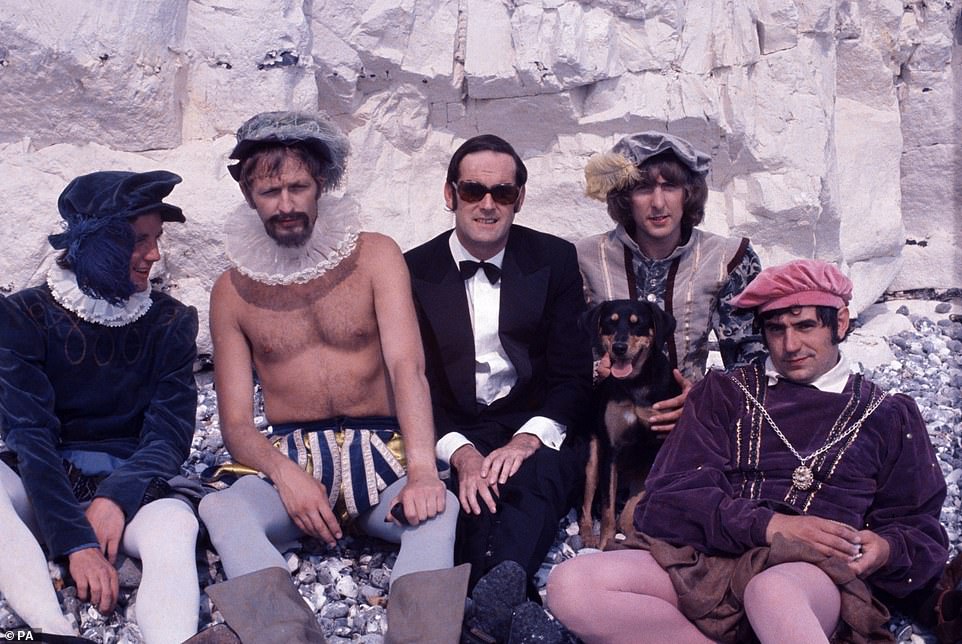 In character: Michael Palin, Graham Chapman, John Cleese, Eric Idle and Terry Jones (left to right) in costume as the second series of the show was filmed

‘By introducing these famous Python sketches to today’s young people, we want to change it all over again – with the same spirit of surreal invention.’

Archive material spans the period from 1969 to 1974, prior to the group’s first feature film, Monty Python And The Holy Grail.

How BBC bosses failed to see the funny side

Two sketches from the last episode in the second series from 1970 called The Queen Will Be Watching, which lampooned the National Anthem, and The Undertaker’s Sketch, starring John Cleese as a man unsure of how to dispose of his mother’s body, came under fire.

Minutes of a programme review board state: ‘Aubrey Singer [the head of features group] said that he had found parts of this edition disgusting.

‘Controller BBC1 said the programme was continually going over the edge of what was acceptable: this edition had contained two really awful sketches – the death sequence had been in appalling bad taste, while the treatment of the National Anthem had simply not been amusing.’

It added: ‘Stephen Hearst [the head of arts features] was critical of the fact that the values of the programme were so nihilistic and cruel… Bob Reid [the head of science features] felt the team seemed to wallow in the sadism of their humour.’

BBC bosses also took umbrage with the pranks the quintet played on fellow comic Sir David Frost. In the Mouse Problem sketch, Cleese gave out his home phone number, while his home address was used in the Marriage Guidance Counsellor skit.

The Pythons had worked with Sir David on his hit satire programme The Frost Report so their jokes were friendly, but they caused concern for BBC executives, reported The Times.

Yesterday, Shane Allen, BBC Controller of Comedy Commissioning, said: ‘The Pythons tore up the rule book of comedy grammar, conventions and traditions, but thankfully the support for creative freedom won the day and has certainly paid off in the long run as audiences continue to celebrate and revere their enormous impact on comedy.’

Hunt for Palace mole who revealed news of rift between Kate and Meghan
Pregnant transgender man shares his fears about giving birth in Texas
Railways need to be run by traditional 'Fat Controllers' rather than the Government
Woman, 22, fell to her death at Beachy Head while looking for somewhere to go to the toilet
Matchmaker shares her seven-day challenge that will make or break your relationship
Britain ranked at No 11 for prosperity - but poor family relationships could see it slide down
UK to be hit by 100mph gale-force winds: but no Storm Brendan
Hollyoaks cameraman Felix Schroer passes away after suspecting he'd contracted coronavirus