The violent incidents, involving girls as young as 12, all took place in the past few weeks at Sunnymead Middle School in Moreno Valley – the same district where a 13-year-old boy was killed after being punched in the head by bullies on September 16.

The videos have angered parents who picketed the school on Thursday, demanding to know how the brawls were able to occur – particularly in the wake of last month’s deadly incident at their neighboring school.

One video, posted to Facebook, shows a fight erupting between two 12-year-old girls inside a Sunnymead classroom on Tuesday afternoon.

In the disturbing footage, the female students kick, punch and pull one another’s hair as others scream and yell while attempting to break up the brawl.

A teacher is also seen looking on helplessly. 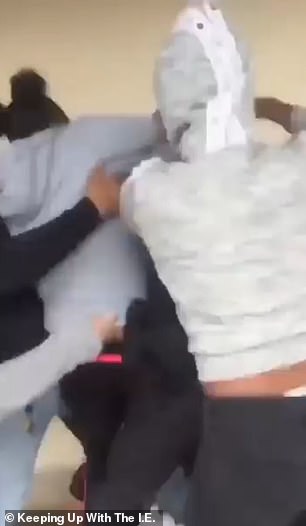 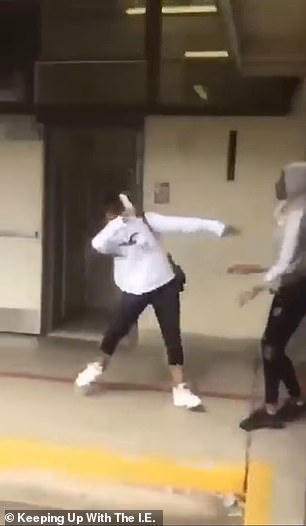 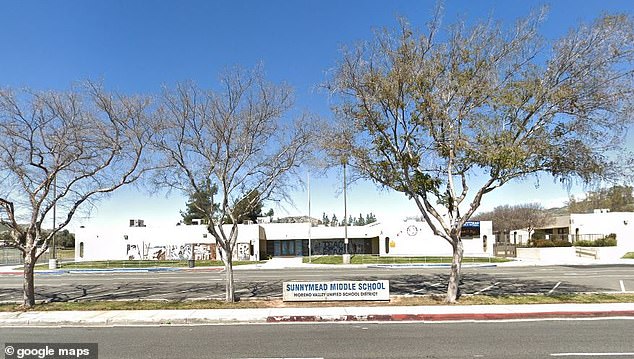 Sunnymead Middle School is located in Moreno Valley – the same district as Landmark Middler School, where a 13-year-old boy was fatally punched by two other students on September 16

A caption beneath the video states: ‘This little girl asked for help at her school letting them know she was getting bullied and AGAIN they didn’t do anything and these group of girls went into her classroom and jumped her there.

‘Question is where were the rest of the staff to help and stop this insane fight. I feel bad for the one lady trying to stop it without any success’.

The same Facebook page has also shared footage of a fight which is purported to have erupted on Sunnymead’s campus on September 20.

It shows several girls running towards each other, before they engage in a fight.

A school official tries to pry the students apart, but they outnumber him.

Meanwhile, a third shocking video – allegedly recorded on August 23 – was also posted to the Facebook page. 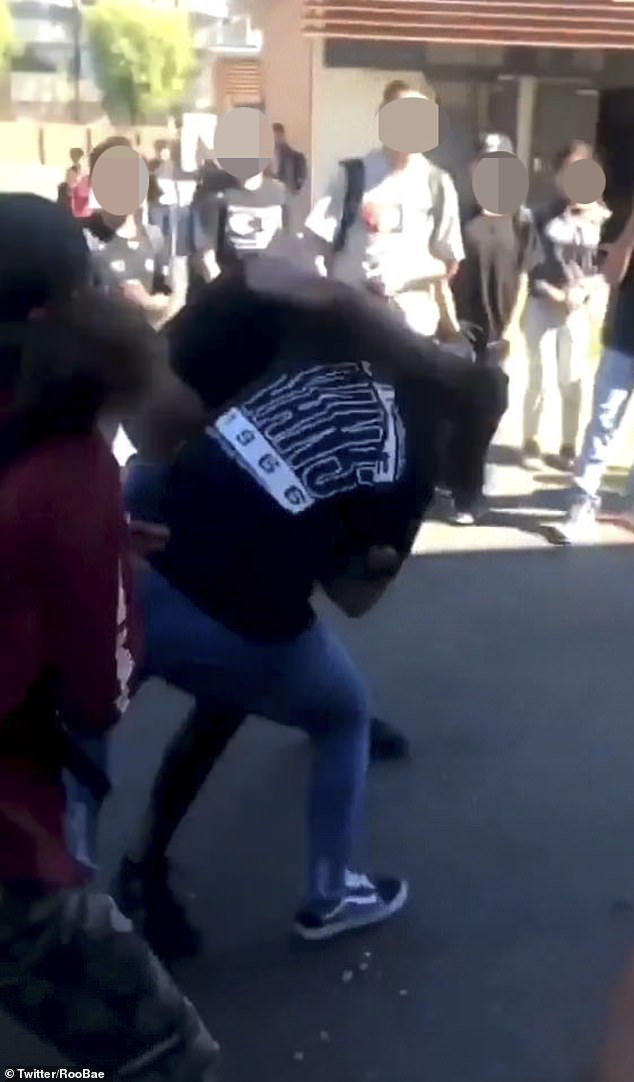 It shows two female students tackling each other to the ground, as other students stand by and film on their cell phones.

One of the students was concussed, according to a woman on Twitter who claimed to be a relative.

‘My mom went to the school so many times to let them know she [the student] was being bullied & they ignored her! This school does nothing to keep their students safe,’ the woman claimed.

She added: ‘She could have lost her life like Diego’.

Diego was a 13-year-old student at the neighboring Landmark Middle School who died in hospital on September 24, eight days after he was attacked by two bullies in the schoolyard.

Cellphone footage shows Diego was hit by one boy in the face then punched in the side of the head by another. In the impact Diego fell backwards and hit his head against a concrete pillar. 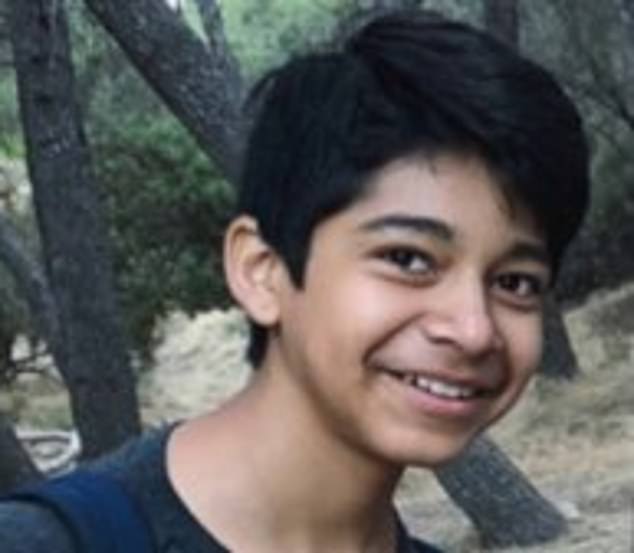 Two teenage boys have been charged in relation to the death of a Landmark Middle School student named Diego (pictured). The 13-year-old was sucker-punched during the attack on September 16. He died in hospital eight days later

The two boys were charged on September 26 with assault by means of force likely to produce great bodily injury.

Classmates of Diego told  that he was previously bullied including on social media. Students say that violence is an ongoing problem at the school.

‘It’s really tough because there’s so many fights here, and they don’t do anything about it,’ student Crystal Rodriguez said. ‘The security’s all over the school, but they take forever to come.’

The school district has said it hired behavior specialists and will work more with mental health experts and services this year in light of the incident. Crisis counselors are also available for students and staff.

After his death, Diego’s family donated his organs ‘to transform this tragedy into the gift of life for another child’.

Police arrest seven as opposing protests conflict on UNC campus
Trump accuses Democrats of 'having fun' as he works in snowy D.C. and they are in Puerto Rico
Shocking moment conservative activist is punched in the face on UC-Berkeley campus
Singin' In The Rain co-director Stanley Donen dies at age 94
Autistic teen beaten and burned with cigarettes by three teens who posted the video online
Country singer Kylie Rae Harris was more than three times over the limit and speeding at 102mph
Big Ben is 'not very big', the Queen wouldn't wave at Buckingham Palace and Ben Nevis lacks 4G
Nervous Americans start panic buying GUNS amid coronavirus panic