She first found fame as part of The Saturdays in 2008, alongside her bandmates Mollie King, Frankie Bridge, Una Healy and Rochelle Humes.

And Vanessa White, 29, proved she can still effortlessly command attention more than a decade later, when she stepped out in style for upscale restaurant Bagatelle’s first birthday party.

The singer turned heads as she dined and partied at the Mayfair eatery in a black one-shoulder mini dress, which she displayed in all its glory while posing for snapshots alongside model Rafferty Law, 22, who was also a special guest. 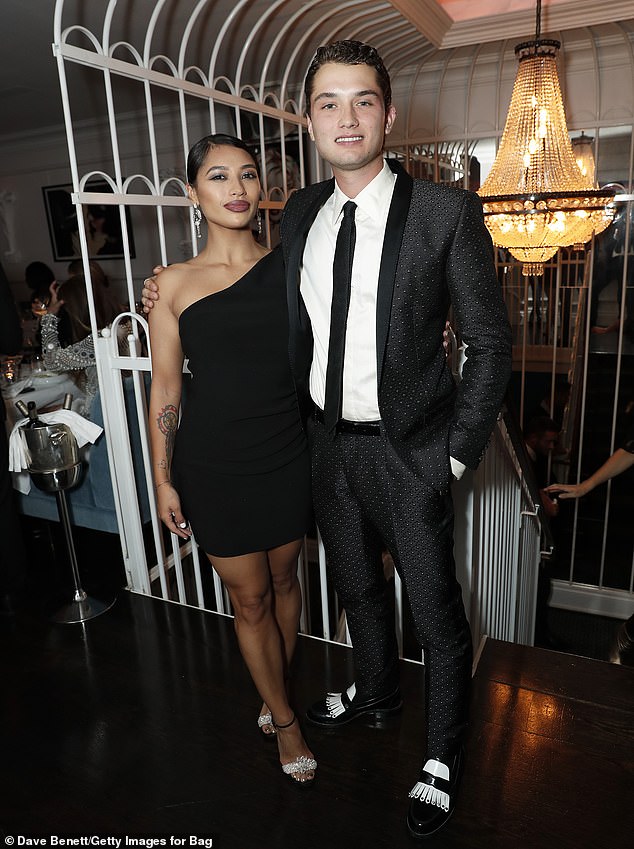 We like to party: Vanessa White and Rafferty Law were among the guests attending Bagatelle’s first birthday party in London on Tuesday

Standing tall in a pair of strappy jewelled heels, Vanessa added extra sparkle to her look with a pair of dazzling diamond chandelier earrings.

As persistent heavy downpours dampened the streets of the English capital, the Somerset native played things safe by styling her raven locks in a sleek bun, while she highlighted her natural good looks with a flattering palette of makeup.

In between partying with friends, she stopped to pose for photographs with Rafferty, who cut a dapper figure in a patterned tuxedo with two-tone tasselled loafers.

Stunning: The Saturdays star Vanessa heads as she partied at the Mayfair eatery in a black one-shoulder mini dress, which she revealed after peeling off her ivory duster jacket 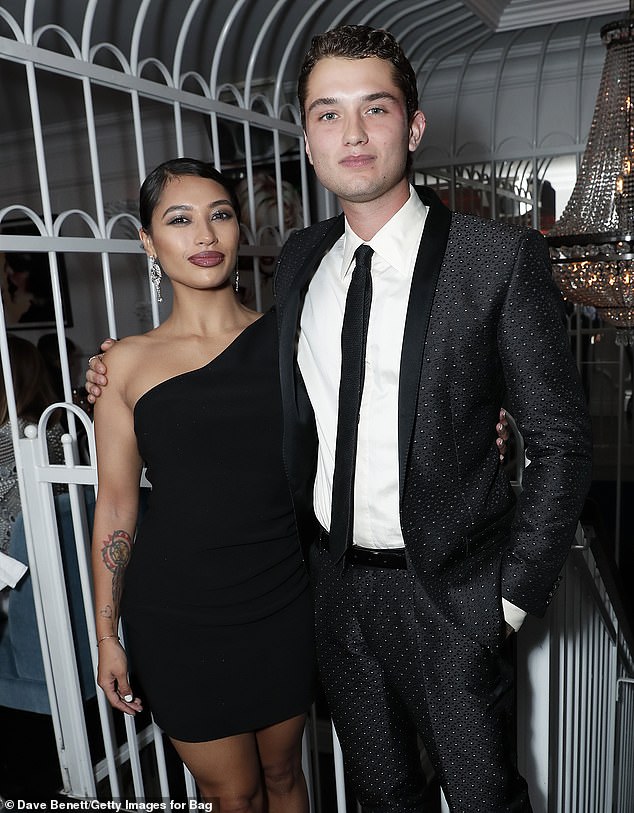 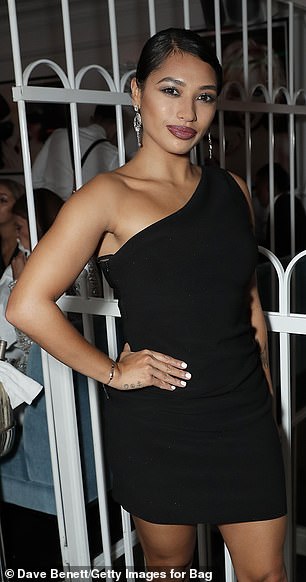 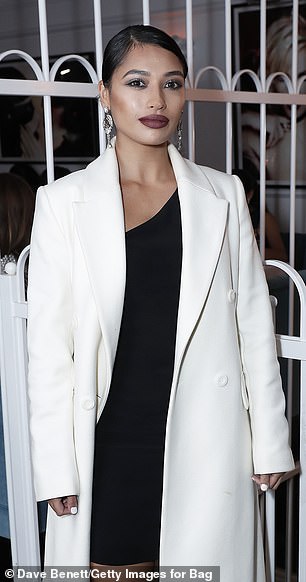 Sleek: As persistent heavy downpours dampened the streets of the English capital, the Somerset native played things safe by styling her raven locks in a sleek bun

As the night’s proceedings wore on at the restaurant and party hotspot, Vanessa and Rafferty, whose parents are Jude Law and Sadie Frost, shared footage of the revelry on their respective Instagram accounts.

With magicians and Brazilian dancers drafted in to entertain the well-heeled crowd, Greg ‘DJ Ruckus’ Andrews kept them dancing with his selection of tracks.

After Vanessa found fame with The Saturdays over a decade ago, the girl group parted ways in 2014, with star trying her luck at a solo career before appearing on I’m A Celebrity… Get Me Out Of Here! at the end of 2017.

Later, Vanessa said she had the ‘time of her life’ on the ITV show, which came six months after her split from longtime boyfriend Gary Salter. 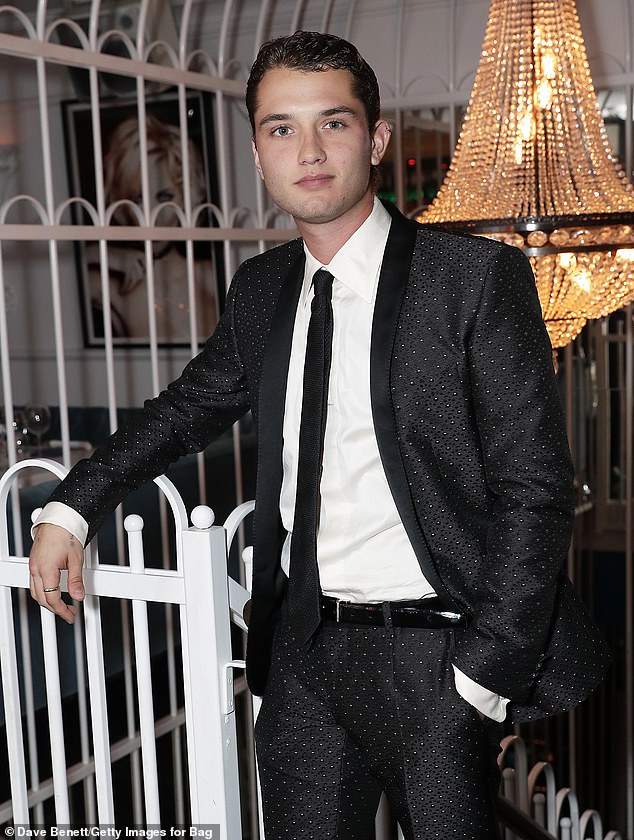 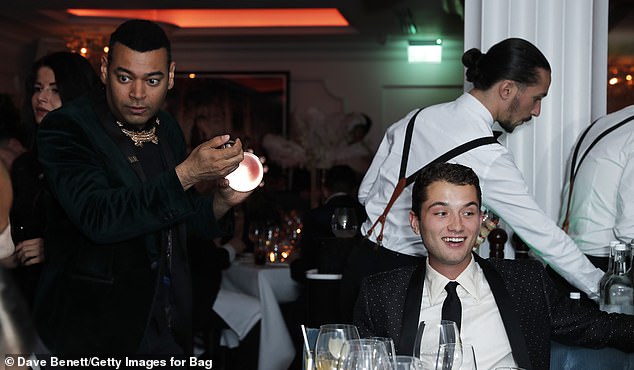 The pair called it quits on their romance in April 2017, having first started dating when she was just 21 years old.

During the TV show, Vanessa confessed: ‘This time last year I was with my boyfriend, there are things I miss, when you’ve been with someone that long they become your best friend and when you get certain news… you miss sharing those moments.’

Elaborating on their split, she added: ‘I don’t know if it was ever right, the problem is that I’m an indecisive person.’

‘I can’t even make my mind up about what I am going to have for dinner let alone big decisions like do I want to be with someone forever?’

‘I had a freak out because my boyfriend was a lot older than me, I was with him when I was 21, we were inseparable. It was such a long time, no one cheated or anything like that… I just want to make sure that I don’t miss out on life.’ 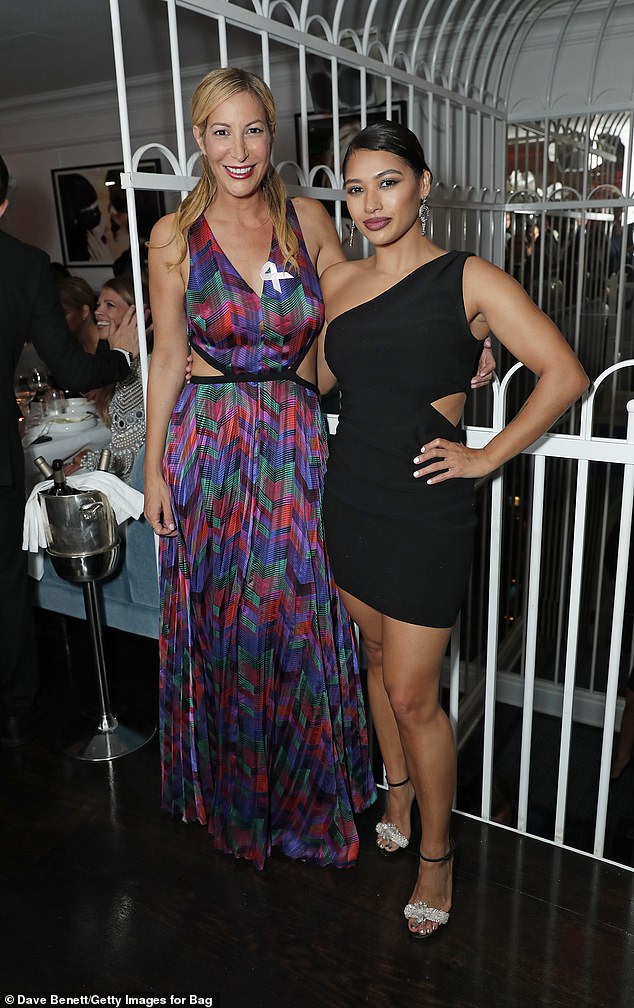 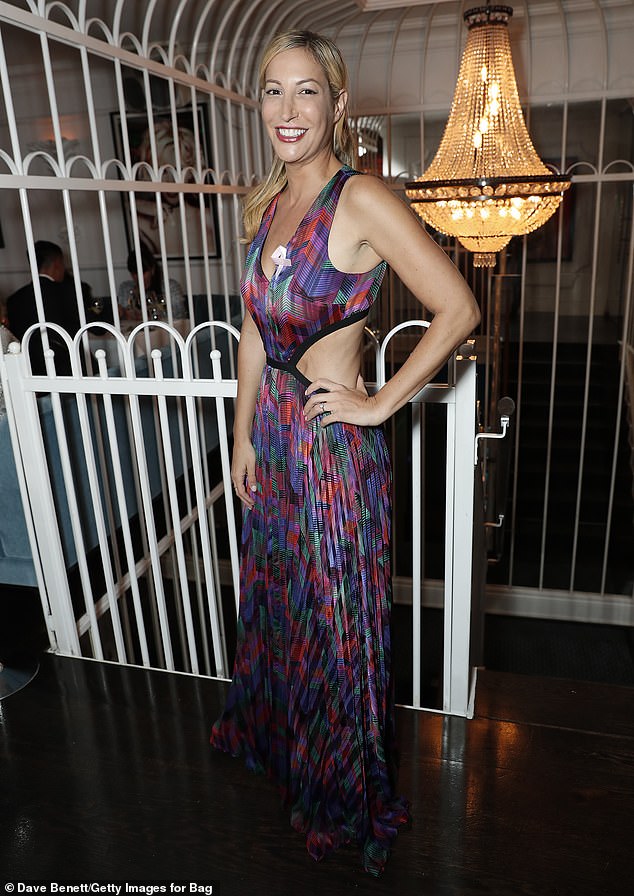 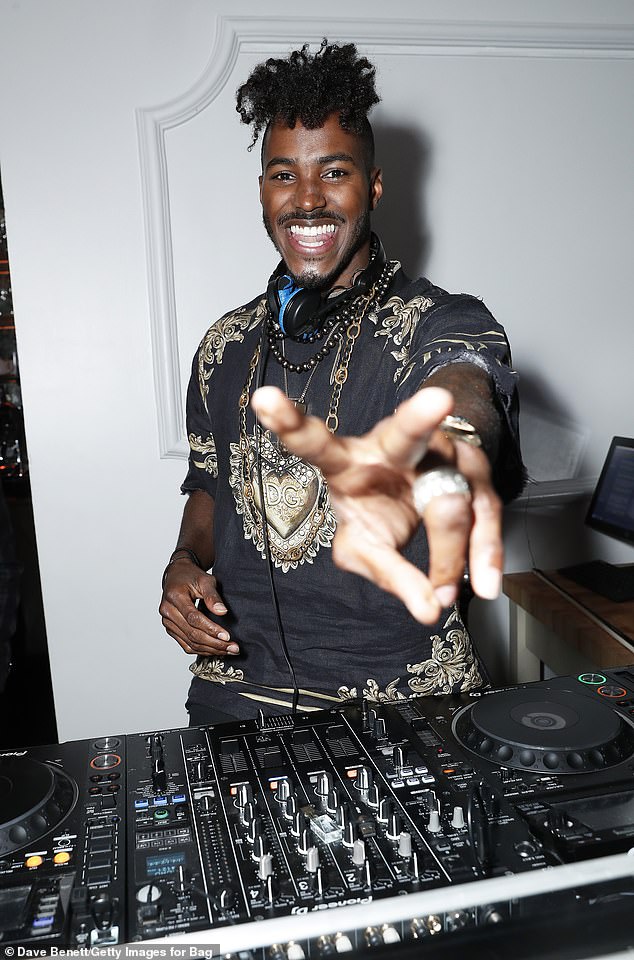