Fiona Bruce and Sir Paul McCartney have led tributes to former  and ITN newsreader Peter Sissons, who has died at the age of 77.

Liverpool-born Mr Sissons worked in the newsrooms of ITN, Channel 4 and the BBC for 45 years during a long broadcasting career. He also hosted flagship political show Question Time.

The father-of-three retired to Kent with his wife Sylvia after leaving broadcasting in 2009. She was with him when he died last night.

A statement released by his agent said: ‘We are sad to announce that Peter Sissons, the former presenter on ITN, Channel 4 and the BBC, died peacefully last night in Maidstone Hospital, Kent.

‘His wife and three children were with him and wish to pass on their thanks to the hospital staff who were so caring and fought gallantly to save him to the end.’ 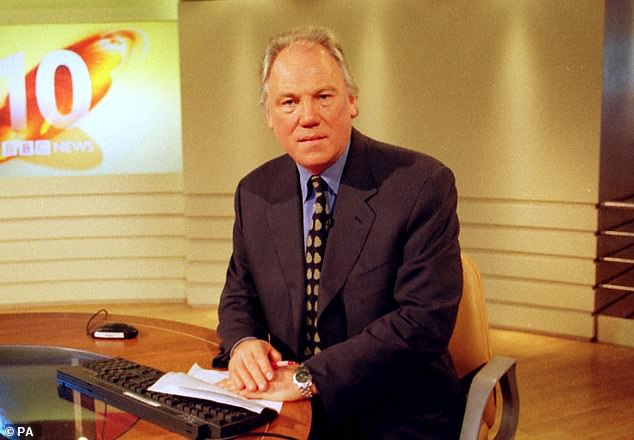 Veteran broadcaster Peter Sissons has died aged 77, a decade after he retired from newsreading, his agent has announced 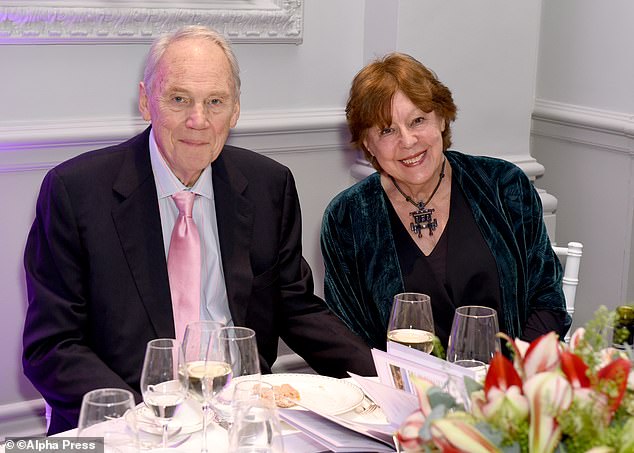 Mr Sissons, pictured with his wife Sylvia at an event in London in February this year

Growing up in Liverpool, Sissons was at the same primary school as John Lennon, George Harrison and Jimmy Tarbuck and went to the same grammar school as Paul McCartney before studying at Oxford.

He joined ITV in 1964 and, in 1969, he was appointed ITN’s news editor, becoming industrial correspondent a year later, and industrial editor in 1972.

His first role as a news anchor came several years later when he began presenting ITN’s News At One.

Sissons joined the BBC in 1989 as presenter of Question Time, as well as joint presenter of the Six O’Clock News.

He moved to the Nine O’Clock News in 1994 and stayed with the programme until it moved to its new time of 10pm.

He retired from broadcasting in 2009 and was considered at the time to be one of the UK’s longest-serving news presenters.

Sissons was at the centre of a row following the Queen Mother’s death in 2002, when he did not wear a black tie to announce the sad news. The BBC later said newsreaders would only wear black ties on the day of the funeral. 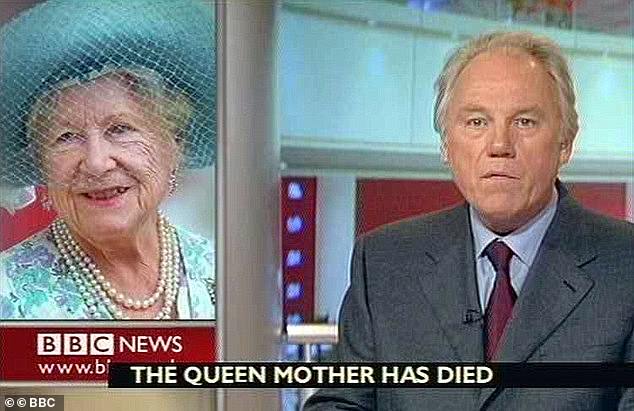 He later wrote about the broadcast in his autobiography, saying the Queen Mother broadcast ‘wasn’t his finest hour’, but that producers were poorly prepared for the event.

Mr Sissons was critical of the BBC on his retirement, saying the newsroom was no longer the ‘ideas factory’ he had once joined and ‘the culture had changed enormously’.

In 2011, he wrote that a left-wing mindset was ‘at the core of the BBC, in its very DNA’. He said at the end of his career he was often handed a copy of left-wing paper The Guardian instead of a proper brief on a story.

His childhood connection with the Beatles led to a strange episode in later life when George Harrison turned up at ITN’s studios and urged Mr Sissons to simply say the word ‘peace’ as the lead story on that evening’s news.

Journalists and fellow broadcasters were quick to pay tribute to the famous figure after his death was announced today. 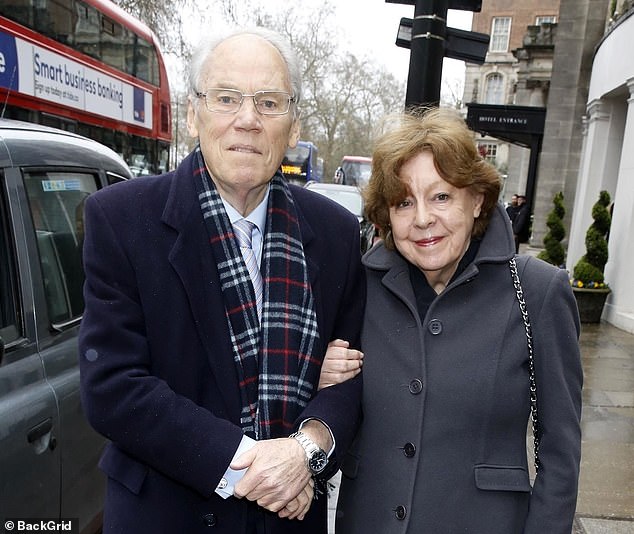 At one of his last public appearances, Mr Sissons was pictured with his wife at the TRIC Awards at Grosvenor House Hotel in March this year

Sir Paul McCartney said in an open letter on his blog today: ‘Dear Peter, my old school mate from the Liverpool Institute (now LIPA) has passed away. It’s so sad to hear the news. We were in the same year and stayed in touch as time went by and we both followed our separate careers.

‘He was a talented news presenter with a great sense of humour.

‘I will miss him but always have fond memories of the time we spent together. My sympathies go out to his family and I send my love to them all.

‘Thanks for the good times Pete. X.’ 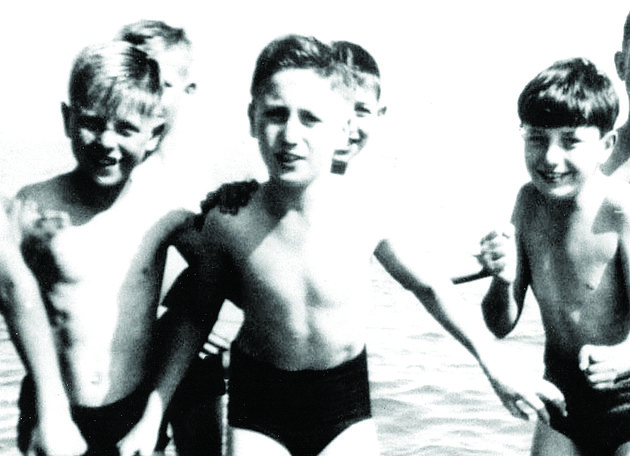 Question Time host Fiona Bruce, who worked alongside Sissons at the BBC, said he was ‘one of the loveliest men in broadcasting’.

‘His brilliance in news was well known but to me, he was generous, funny, a bit naughty and so kind. I will miss him very much,’ she added.

BBC journalist Simon McCoy was among those paying tribute, writing on Twitter: ‘Very sorry to hear of the death of former colleague Peter Sissons. A great journalist and a fine presenter at ITN and the BBC. #RIP’

BBC director general Tony Hall said in a statement: ‘Peter Sissons was one of the great television figures of his time – as an interviewer, presenter and world-class journalist.

‘During his distinguished career he was one of the most recognisable and well-respected faces of television news.

‘He was always a great person to be with and to work with. He will be missed by his many friends and colleagues, and our thoughts are with his family.’

Channel 4 newsreader Jon Snow also praised Sissons – who hosted the first edition of Channel 4 News in 1982 and fronted it for seven years – for setting ‘the tone and high journalistic standards that the programme seeks to emulate to this day’.

Snow added that he was ‘a consummate journalist, he showed real courage under fire and was indeed shot in both legs in Biafra.

‘Our thoughts are with his family, friends, and erstwhile colleagues. He will be greatly missed.’

BBC broadcaster Andrew Neil tweeted that Sissons ‘excelled at everything he did and was a first-class broadcaster and journalist to his fingertips’.

He added: ‘Plus great company off screen. Will miss him. RIP.’

BBC Breakfast presenter Dan Walker shared a memory of his former colleague, joking that Sissons had never got his name right.

‘Having grown up watching and admiring Peter Sissons it was such a privilege to end up working alongside him at News 24,’ Walker tweeted.

‘I don’t think he ever got my name right when he threw to me but I loved sharing a studio with him and learned so much. My thoughts are with his family.’

From bus conductor to broadcast star: How the friend of Beatles and Jimmy Tarbuck became one of Britain’s longest-serving newsreaders

Peter Sissons, who has died aged 77, was one of British television’s most experienced and influential newsreaders.

His broadcasting career spanned 20 years at ITN and 20 years at the BBC, and saw him front flagship shows such as Question Time.

Sissons took over from Sir Robin Day in 1989 as the programme’s second presenter, and was succeeded by David Dimbleby four years later. 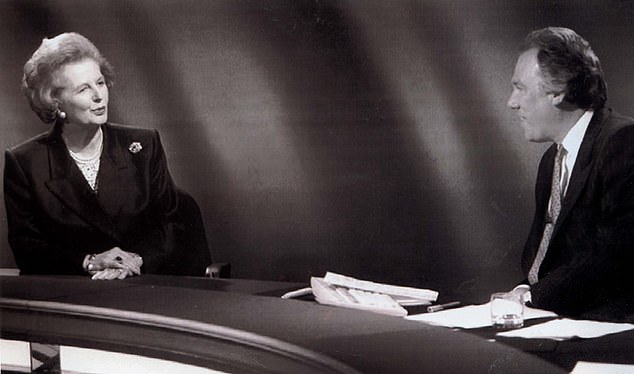 He was widely considered to have been Britain’s longest serving news presenter and read the news on all of TV’s main terrestrial bulletins, including the BBC’s Ten O’Clock News, and ITN’s News at One.

Sissons was born in Liverpool to a Merchant Navy officer and a housewife.

He attended Dovedale Junior School, which boasts John Lennon and Jimmy Tarbuck among its alumni, before attending the Liverpool Institute for Boys, where he met and befriended schoolmate George Harrison on the bus from his suburban home in Speke.

The pair became friends and Harrison introduced him to another future Beatle, Paul McCartney, who later admitted: ‘I tended to talk down to him because he was a year younger.’ 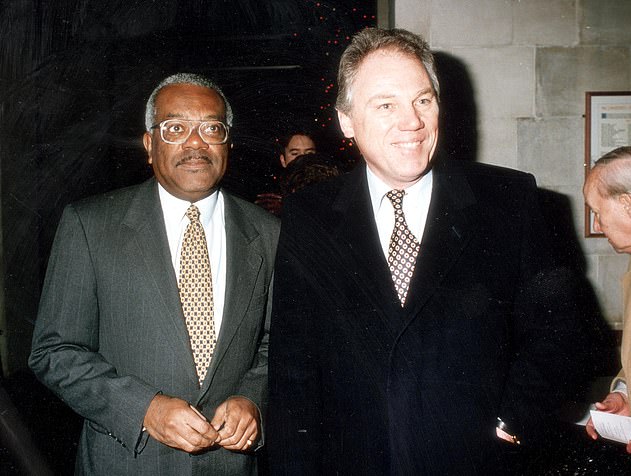 Sissons was popular among fellow broadcasters. He is pictured with Trevor McDonald in 1993

He later worked as a conductor on the city’s busses before joining ITN in 1964 and beginning his long climb up through the ranks.

Journalism took him across the world and he was wounded by gunfire while covering the Biafran War in 1968.

In his remaining time at ITN he reported on the miners’ strike, the Lockerbie bombing and the furore surrounding the publication of The Satanic Verses – with the Iranian fatwa covering author Salman Rushdie extended to him as well.

Sissons left ITN in 1989 to join the BBC, debuting on Question Time in June that year.

He worked as a BBC One newsreader until 2003 when he and fellow presenter Michael Buerk were moved to News 24.

Sissons, then in his early 60s, accused the corporation of ageism.

‘Ageism is still the BBC’s blind spot. Yet it is blindingly obvious that maturity goes with grey hairs.’ 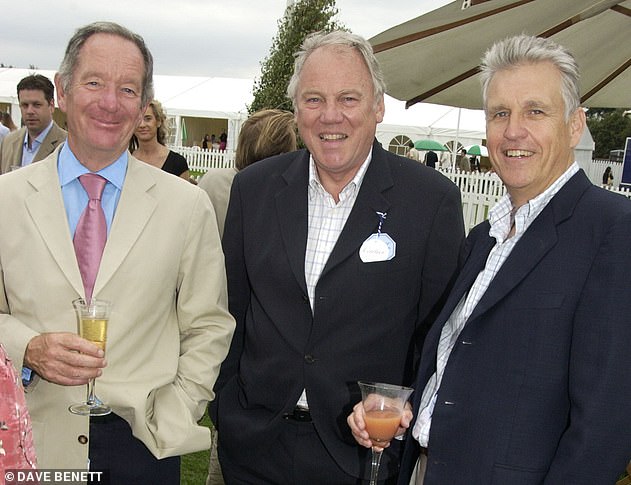 Until 2004 he filled in for Huw Edwards, Fiona Bruce and Darren Jordon on the 10 O’Clock News and occasionally presented weekend bulletins on BBC One.

His career was not without its gaffes.

During his time on News 24, not realising the camera was on him, Sissons watched footage featuring Weakest Link presenter and fellow Liverpudlian Anne Robinson and exclaimed: ‘That’s not Anne Robinson is it? Jesus Christ. She’s even got new tits.’

In another surprise turn, he cameoed as a newsreader in the Spice Girls’ 1997 film Spice World.

In June 2009 Sissons announced his intention to retire to write his memoirs.

These were published three years later, in 2012, and were titled When One Door Closes.