Uber is introducing a new safety feature to warn riders to watch out for cyclists when exiting their cars.

The ride hire app said the alert will use location data to see if the area the rider is arriving in is popular with cyclists before being given.

Users will be reminded to use the ‘Dutch Reach technique’,where you open the door with the hand furthest away, forcing you to look before you open. 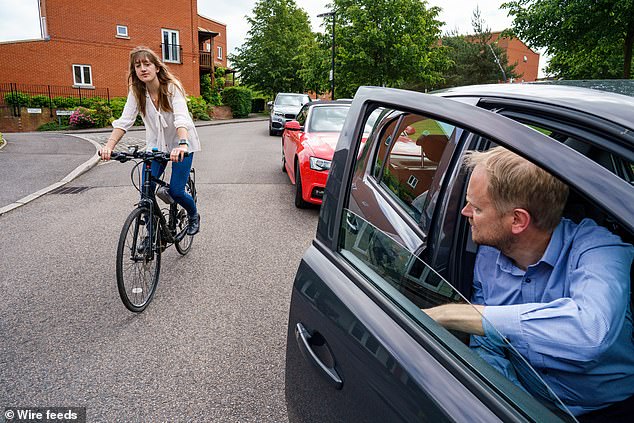 Research carried out by the ride-sharing service found that 16% of people have opened a car door in front of a cyclist before. 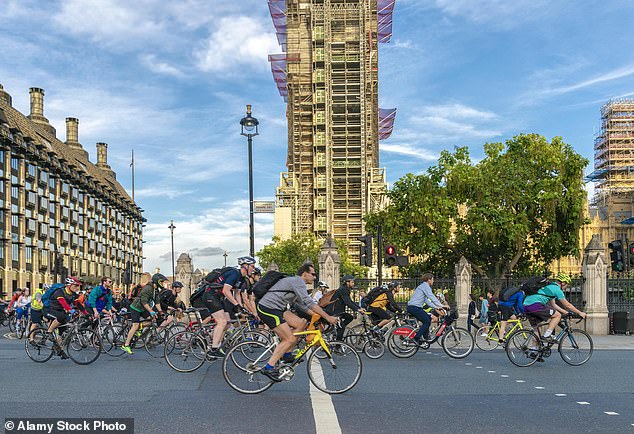 The new feature will be particularly useful in areas with large amounts of cycle traffic, such as central London (Pictured: Parliament Square in London)

The technique was first promoted earlier this year as a safe way to avoid injuring cyclists when opening doors.

Research carried out by the ride-sharing service found that 16% of people have opened a car door in front of a cyclist before.

Fred Jones, head of new mobility at Uber, said: ‘By the end of October, more than five million alerts will have gone to Uber passengers across the UK, encouraging them to use the Dutch Reach technique.

‘By cleverly combining data and education, we hope that more passengers will practise caution around cyclists, and ultimately improve the safety on our roads. Whether you’re an Uber passenger or a cyclist we want to help you get there safely.’ 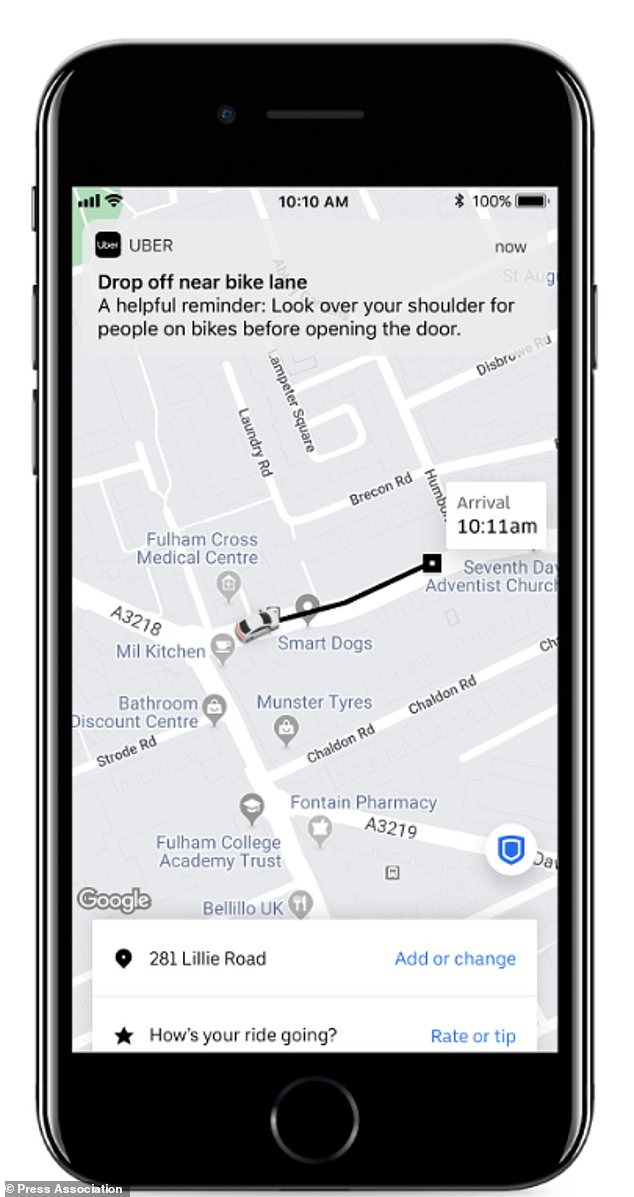 The new feature has also been backed by cycling charity Cycling UK.

Head of campaigns Duncan Dollimore said: ‘It’s vitally important to educate anyone who uses a car to check before opening their door as every year around 60 cyclists are killed or seriously injured by car dooring incidents. It’s also one of the reasons people tell us puts them off from cycling.

‘That’s why we were particularly pleased to be awarded the BikeBiz Cycle Advocacy Award for our Dutch Reach campaign.

‘The Dutch Reach is a simple technique that few people use but could make a real difference to the number of collisions in the UK, and combined with Uber’s alert to passengers, encouraging them to look over their shoulders before opening their door, it should mean our roads are becoming safer for cyclists everywhere.’

Meet the woman who harnessed the healing power of the spa to help dementia sufferers
Motorbike rider and knife-wielding passenger snatch £10,000 Rolex after cornering victim
British spies identified Jihadi John within hours of beheading video by veins on his knife hand
Shocking moment cop punches handcuffed woman in the face after she kicks the cell door in distress
Bomb found in parked vehicle in Londonderry `meant for police patrol´
Security chiefs warn US Senate increased Facebook encryption will damage fight against terrorists
Coronavirus US: 'stay calm, it will go away' says Donald Trump
PAUL THOMAS on... Boris Johnson's big shoes to fill