activated his grassroots army in September to bring in a record-setting number of contributions in the third fiscal quarter of the 2020 presidential contest.

Sanders’ campaign announced Tuesday that it collected 1.4 million donations for a sum total of $25.3 million over a three-month period—putting the Vermont senator at the top of the Democratic leaderboard.

Rival Pete Buttigieg, who was the top earner in the previous period, raised $19.1 million.

New Jersey Sen. Cory Booker beat expectations, bringing in more than $2.1 million in a period of 10 days after admitting he needed a major boost to stay in the race.

His campaign says he raised more than $6 million since the beginning of July. 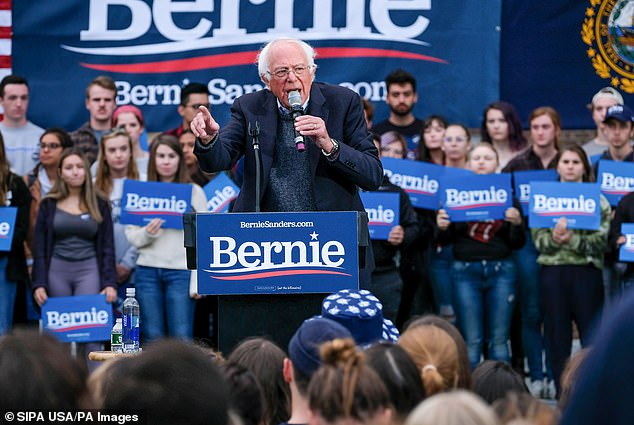 Other candidates such as Joe Biden, Kamala Harris and Elizabeth Warren have not revealed their summer fundraising hauls. Neither has President Donald Trump’s reelection campaign.

Candidates must submit their fundraising data to the Federal Elections Commission by Oct. 15 for the fiscal period that ended on Monday evening. At that point it will become public, regardless of a campaign’s preferred announcement method.

The numbers will be closely watched as more than a dozen Democratic candidates vying for the nomination head into the final stretch of the calendar year. Those who qualified for the fourth presidential debate will also appearing on an Ohio stage that night.

A democratic socialist, Sanders has been slipping in 2020 polls as like-minded Warren gains ground both nationally and in states where the two-time presidential candidate expects to finish in first or second.

Monmouth University, for instance, found in September that Sanders had 12 percent support in the state of New Hampshire. That puts him behind both Warren— 27 percent —and Biden— 25 percent—even with an assumption he’s a victim of the poll’s 4.9 percent margin of error.

Senior adviser Jeff Weaver told DailyMail.com on Tuesday that ‘despite the media narrative’ that Sanders in demise his ‘campaign for president is strong, his supporters are dedicated to the only candidate who will bring fundamental change, and he is on his way to winning the nomination.’

‘As more and more people see and hear Bernie Sanders they are reminded why they supported him last time,’ he said of the candidate’s mammoth fundraising quarter. 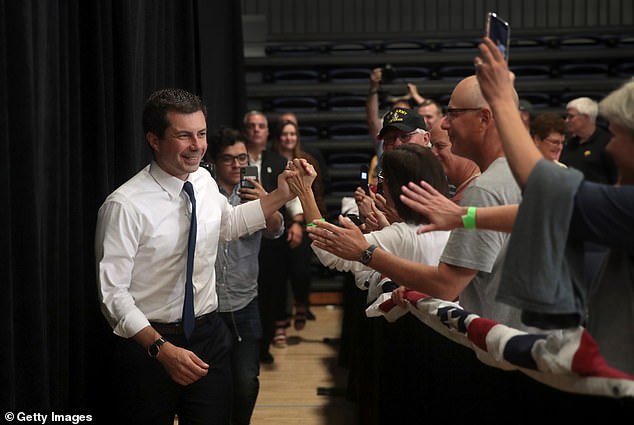 Rival Pete Buttigieg, who was the top earner in the previous period, raised $19.1 million in Q3

Neither Biden nor Warren have not said how much money they raised in the third quarter.

Biden is one of several candidates refusing to shun wealthy Democrats, and he raised $21.5 million in the first two months of his campaign.

He joined the race in the second fundraising quarter of the year. Still, the amount raised was lower than expected, given Biden’s name ID and the amount of time the frontrunner spends at traditional money-making events.

In an email to supporters on Tuesday, Biden’s campaign teased its quarterly numbers. The campaign revealed an average online donation in September of $24.56. It refers to hundreds of thousands of contributions, although it did not list an exact amount of donors or the total amount of money it raised online.

Warren’s strategy of asking for contributions from a pool of small-dollar donors she surprises with calls thanking them for their generosity meanwhile appeared to be paying off.

She raised $19.1 million in the second quarter of the race after a mild showing of $6 million the first two months she was running for president.

Contributions to Buttigieg, on the other hand, have begun to lag, although he’s still expected to be one of the best-funded candidates heading into the fall.

The South Bend, Indiana, mayor raised $24.8 million in the second quarter, hurtling himself to the top of the field. He raised a slightly weaker $19.1 million in the third quarter from 182,000 new donors who gave $32 to his campaign on average.

He’s used the money to more than double the number of staff he has on the ground.

According to a campaign memo, he hired an additional 120 staffers and opened 42 field offices in early voting states Iowa, New Hampshire, South Carolina and Nevada.

His average contribution in the previous quarter was $40 a person, which contributed to the third-quarter slowdown in fundraising.

Buttigieg is also going after donors with bigger pockets who max out faster than the ones that Warren and Sanders are wooing. He’s mainly appearing at closed-door fundraisers his husband Chasten has been helping him headline. 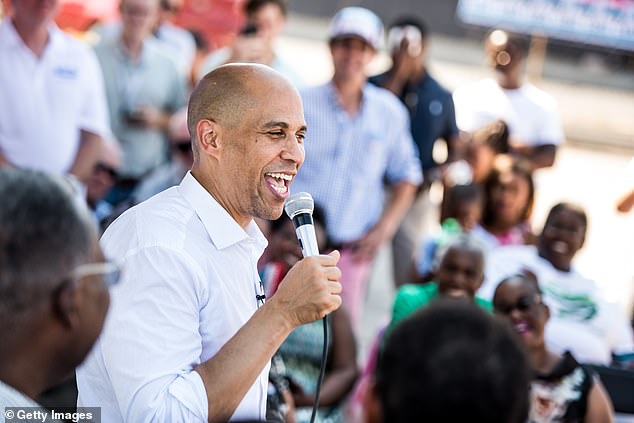 New Jersey Sen. Cory Booker beat expectations, bringing in more than $2.1 million in a period of 10 days after admitting he needed a major boost to stay in the race

The only fundraisers Sanders have held are with grassroots supporters who his campaign says collectively gave an average of $18.07 in the third quarter.

That’s an uptick from a proclaimed $14 average earlier this year but a decrease from the $27 average that Sanders boasted about in 2016.

Booker’s campaign said Tuesday that while it eclipsed its September goal it needs to raise $2,499,000 in the month of October to maintain a viable path forward in the race.

The candidate surged at the end of the third quarter after his campaign gave its supporters a reality check that without a $1.7 million injection of funds, Booker was likely to quit the competition.

It asked Democrats to give to Booker, even if they do not plan to vote for him, to keep him in the race.

The New Jersey senator now plans to hire 40 new staffers with and make a six-figure investment in his email list, the campaign said on a Tuesday morning call with reporters.

He intends to spend $7.2 million over the next three months, with roughly 4 million of that going to staffing and the rest going to rent for his field offices, digital advertising and other expenses.

‘We are confident that we can do it,’ campaign manager Addisu Demissie said.

Demissie pledged that Booker would not threaten to leave the race in October, having already qualified for upcoming debates, if he falls short of a $3 million goal.

‘We do need to sustain the growth, but no is the explicit answer,’ he stated.