Drink drivers and yobs convicted of -related violence will be tagged with ‘sobriety bracelets’ in a blitz on booze-fuelled disorder.

For the first time, all judges in England and Wales will be given the power to force offenders to wear US-style electronic ankle tags that monitor alcohol consumption.

Under measures announced by Justice Secretary Robert Buckland, the courts can order adults in trouble with the law to comply with ‘alcohol abstinence requirements’ – requiring them to avoid booze for a period of time. 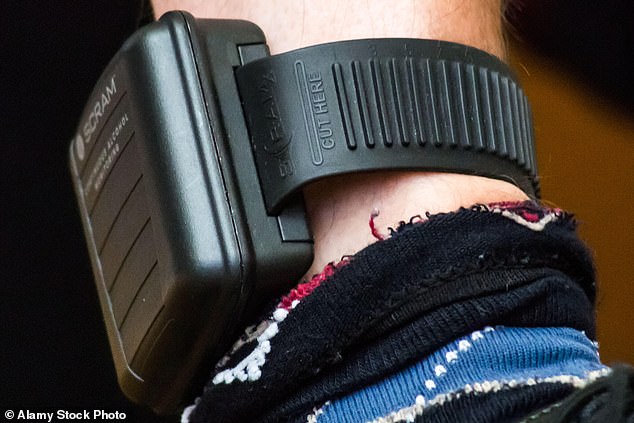 If they breach the order – currently lasting up to four months – they face fines, community punishments and could even be sent to jail. Ministers want to target binge drinkers who are blamed for at least half of the mayhem on Britain’s streets at weekends.

Rolling out the ‘sobriety bracelets’ follows the success of a scheme launched by Boris Johnson in July 2014 when he was Mayor of London.

It found there was a compliance rate of 92 per cent – helping cut reoffending. Evidence from the US, where actress Lindsay Lohan is among those to have been fitted with a tag, suggest the devices reduce drink-driving and domestic abuse. The scheme will cost £22million over four years. 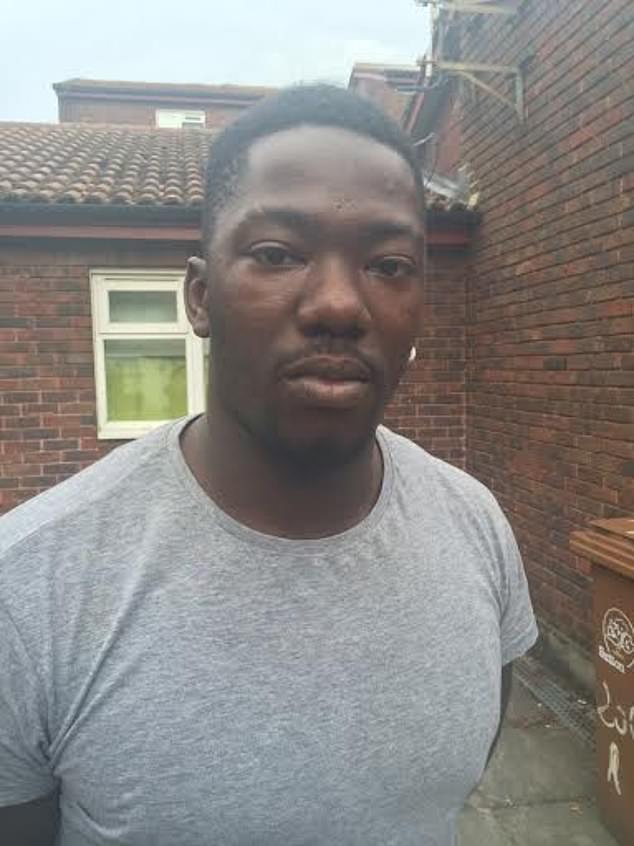 Augustine Mula Apraku, was the first man in London to be made to wear a ‘sobriety bracelet’ 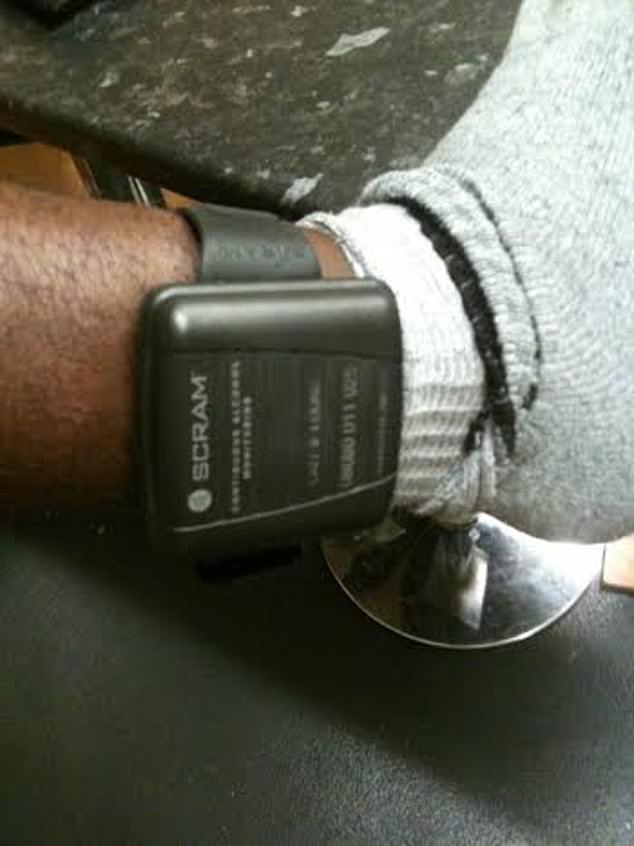 Mr Buckland said: ‘The evidence showed they had quite a marked effect on reoffending. I’m committed to programmes like this where we can tackle the root causes of criminality and make a difference not just to the lives of the offenders but the lives of the communities where they live.

‘A lot of these people are people who have addictions and prey on their local communities, whether it’s acquisitive crime or worse. Using technology means we can help make a difference when it comes to removing alcohol as a driver of criminality.’

The tags will be fitted to thugs guilty of such offences as common assault and criminal damage. Ministers will extend the maximum 120-day length of time. Alcoholics will also become eligible for tags for the first time.

The bracelets automatically sample perspiration every 30 minutes, 24 hours a day, to test for alcohol use.

The information is sent to police and probation officers and tags beep if the offender breaks the rules.

Weighing 5.8oz, the devices are supposedly impossible to remove.

British Airways to axe flights between London and Iran
Business ideas to make you rich in 2019
Three armed Iranian boats attempt to storm British oil tanker in the Gulf
Missing British OAP is found dead and buried next to her house in Spain
Israel warns against an 'ethnic cleansing of the Kurds'
First landing of RAF's £100million F35 stealth fighter jet on warship
Coronavirus UK: Daily Mail charity flies in PPE for NHS
Thousands queue for HOURS at dumps in Birmingham