A sombre stood over the flag-draped coffin of ‘s late president Jacques Chirac during a military tribute at the Invalides.

Past and present world leaders gathered to pay their final respects to Chirac on Monday, as the country holds a national day of mourning for its popular former head of state.

Russian President is among those who were to join President Emmanuel Macron for a church service in the French capital, a day after thousands of people queued to view the coffin.

After a private service for his family at Invalides, Chirac’s coffin will be driven under military escort through the streets of Paris to Saint-Sulpice church for the final memorial. 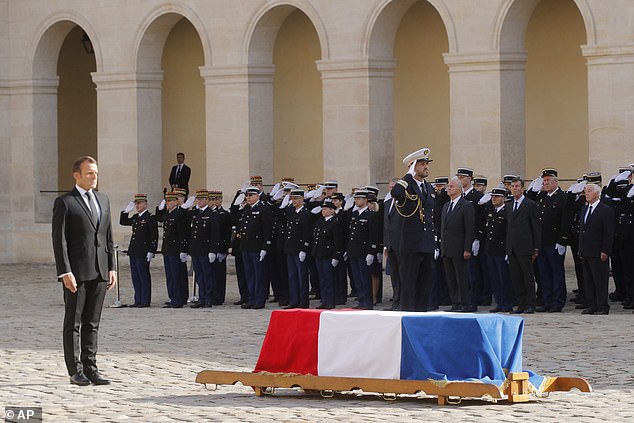 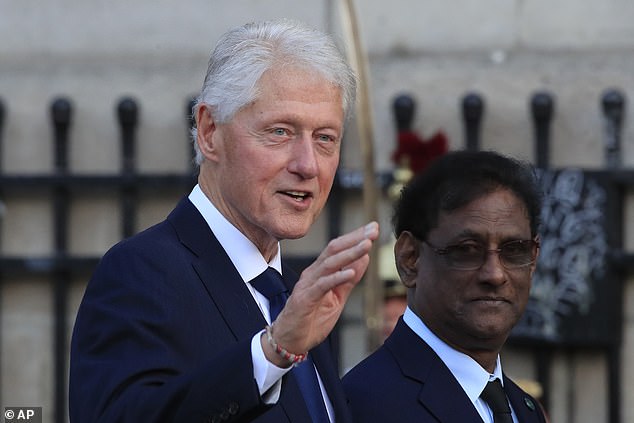 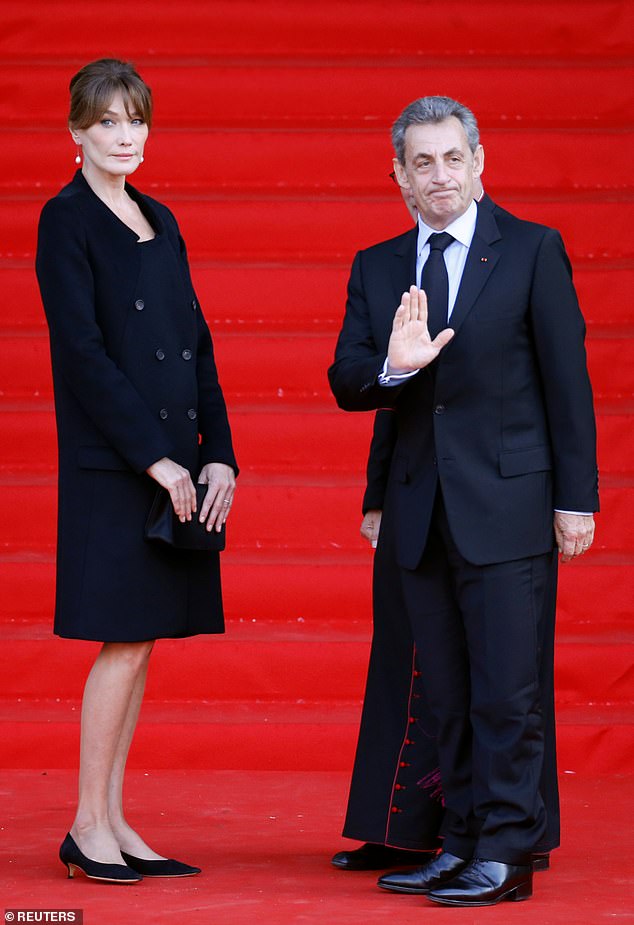 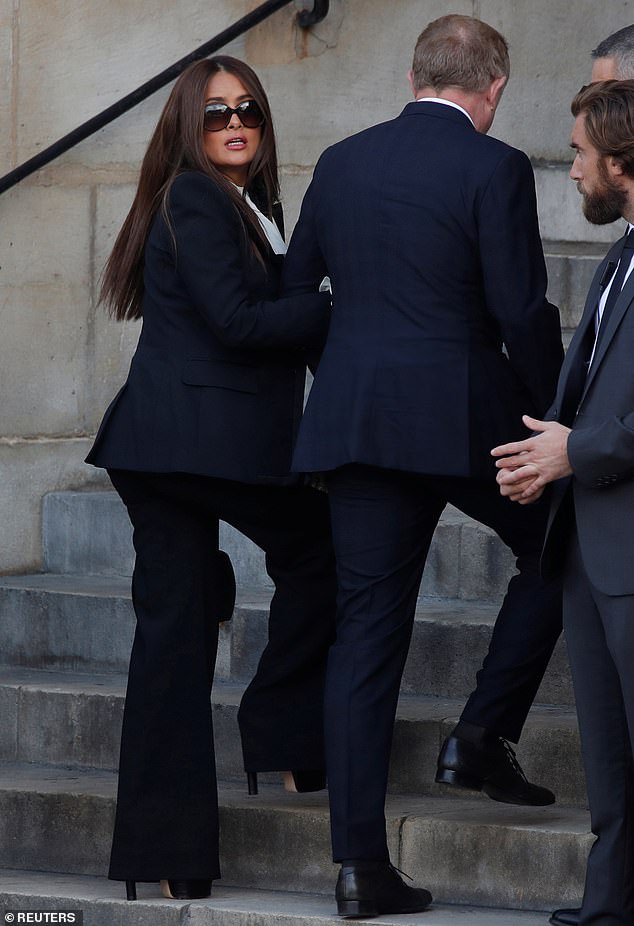 French businessman Francois-Henri Punault and wife, actress Salma Hayek arrive to attend the funeral during a national day of mourning in Paris

The Elysee said some 30 heads of state and government are expected to be present, including Putin, Hungarian Prime Minister Viktor Orban and German President Frank-Walter Steinmeier.

On Sunday, US Secretary of State Mike Pompeo sent belated condolences to France, in the first statement from the US government since Chirac’s death.

‘Having dedicated his life to public service, former President Chirac worked tirelessly to uphold the values and ideals that we share with France,’ Pompeo said in a statement. 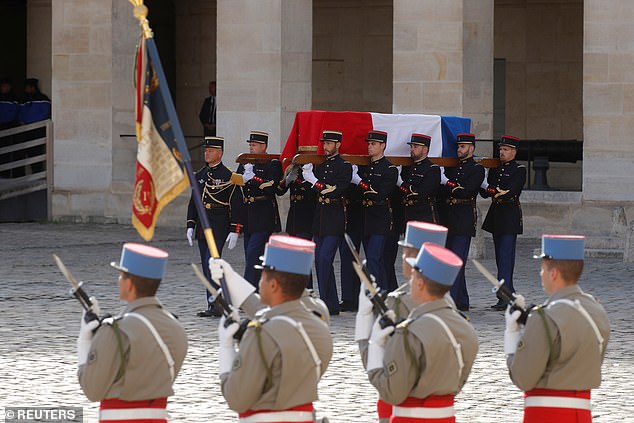 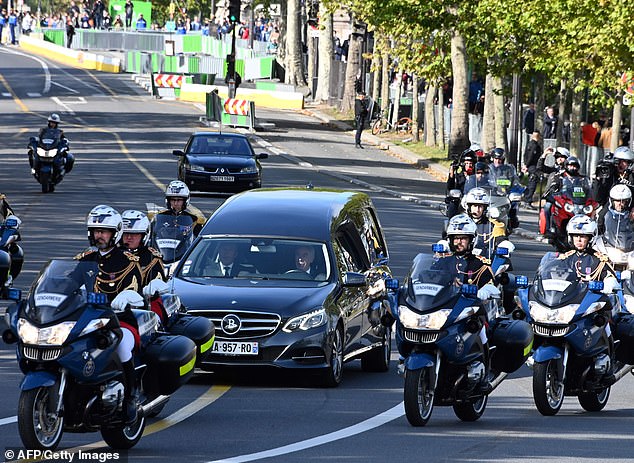 Putin worked intensely with the conservative politician in the first phase of his own presidency and the pair were notably united in their opposition to the invasion.

In unusually gushing comments in an interview with the Financial Times in June, Putin said Chirac was the modern world leader who had impressed him the most.

‘He is a true intellectual, a real professor, a very level-headed man as well as very interesting,’ said Putin.

Chirac’s death on Thursday aged 86 prompted a flood of tributes to a man whose high-profile political career spanned four decades capped by 12 years as president from 1995 to 2007.

But it also sparked questions about how much the consummate political operator actually achieved during a long spell in office and again threw the spotlight on a 2011 conviction for graft over his time as Paris mayor. 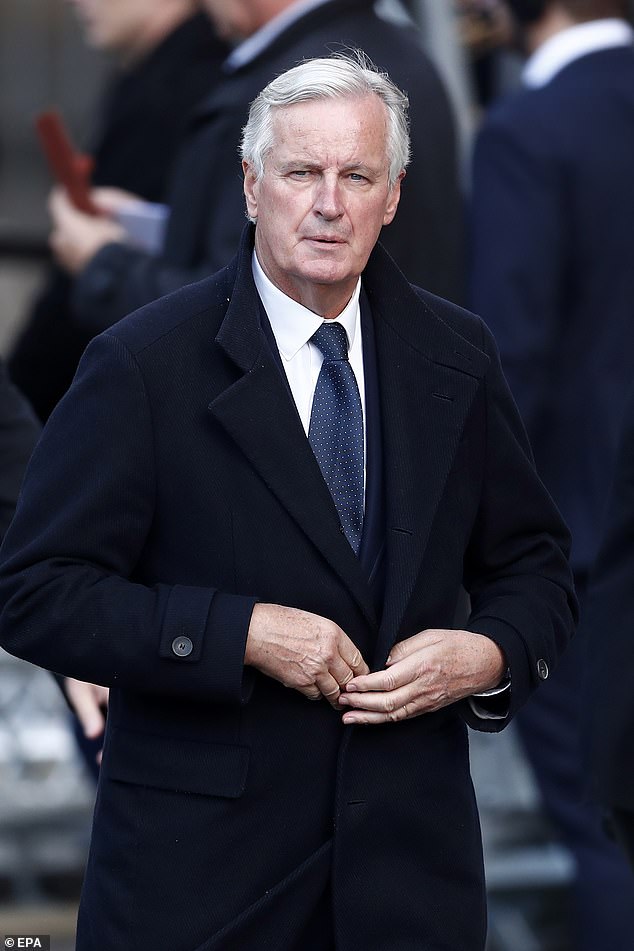 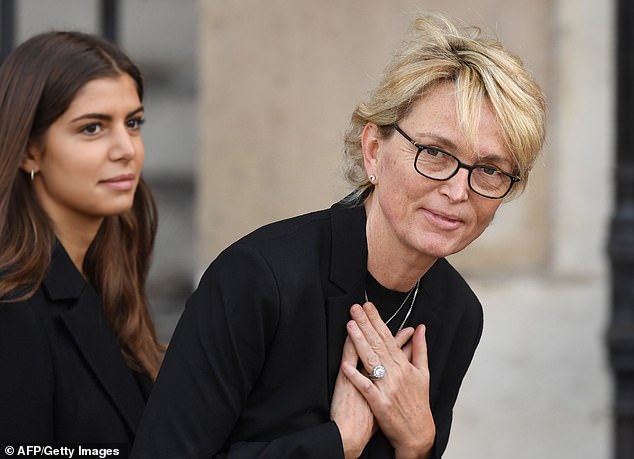 Nevertheless, a poll in Le Journal du Dimanche newspaper showed that the French consider him their best president of the modern era, alongside Charles de Gaulle, with his finest achievement seen as opposing the 2003 US-led invasion of Iraq.

Thousands lined up Sunday in a queue that wound around the Invalides memorial complex, braving rainy weather and the prospect of an hours-long wait, to glimpse Chirac’s coffin draped in a French flag.

The national day of mourning Monday will see a minute of silence observed in all public institutions and schools.

The tributes will continue through Wednesday, when the France rugby team will don black armbands in a sign of mourning for Chirac during their World Cup clash with the United States in the Japanese city of Fukuoka.

Analysts have attributed the outpouring of emotion over the death of Chirac to the warmth of a politician who was more comfortable working the crowd at the annual Paris agricultural fair than giving speeches in the gilded surroundings of the Elysee Palace.

Isabelle Houdebert, a teacher from the Paris suburbs who stood in line Sunday to view Chirac’s coffin, paid tribute to ‘his humanity, his simplicity, his cultured nature, his love of the good things in life and his statesmanship.’

‘There are no more of that calibre,’ she said.

Much of France’s current political class will attend Monday’s service, with the exception of far-right leader Marine Le Pen who pulled out after the Chirac family opposed her presence. 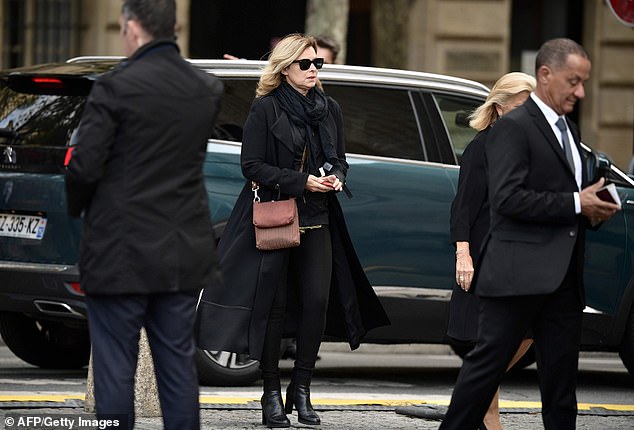 Chirac will be buried at Montparnasse cemetery in southern Paris, next to his daughter Laurence who died in 2016 aged 58 following a battle with anorexia.

As well as opposing the US-led invasion of Iraq, Chirac is remembered for having been the first French president to acknowledge the country’s role in the deportation of Jews during World War II and for warning of the risk of climate change before it rose high on the political agenda.

But many tributes focused not on policy achievements but the sheer charisma and genuine love for his country of a man whom Macron said Thursday ’embodied a certain idea of France.’

One of Chirac’s most concrete legacies is the Quai Branly museum in Paris of indigenous art which he founded and reflects his lifelong passion for Africa and Asia.

To remember its founder, the museum is free to the public until October 11.