This is the shocking moment a woman charged into a police station and took another female hostage while seemingly threatening her with a meat-cleaver, before seven armed police officers took down the assailant.

The Salinas Police Department in reported that Mariel Capulong, 22, took a 43-year-old person hostage in their lobby on Wednesday but they were able to de-escalate the situation in as little as a minute and 10 seconds using clever tactics.

In a video shared by law enforcement, the victim is seen leaving the front desk and off-camera she leaves the department but is brought back in by Capulong. 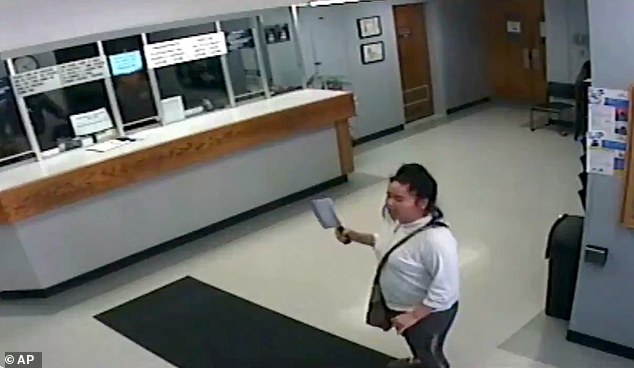 Mariel Capulong, 22, took a 43-year-old woman hostage in the Salinas Police Department using a meat cleaver as a weapon 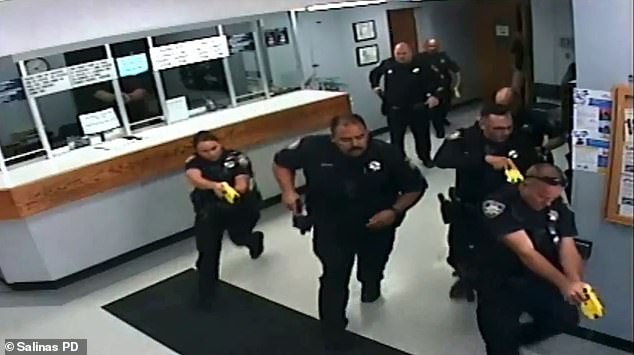 Capulong – wearing a white hooded top and with her hair in a high ponytail – becomes visible brandishing a meat cleaver.

Capulong is shown holding the woman by the neck in a headlock and holding the chopper in the air during the 4.10pm incident.

At one point she appears to saying something into the ear of the victim as she looks around the station.

The relationship between Capulong and the unidentified victim is unclear and it’s unknown why she was visiting the station. 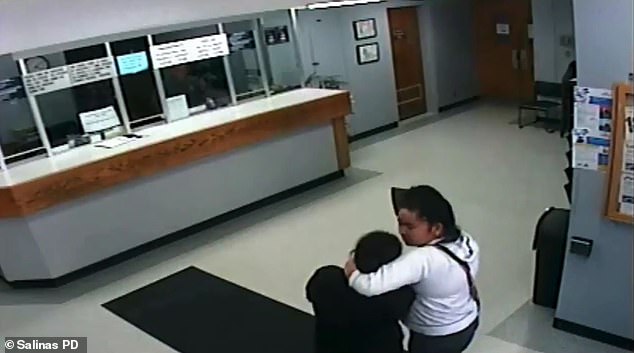 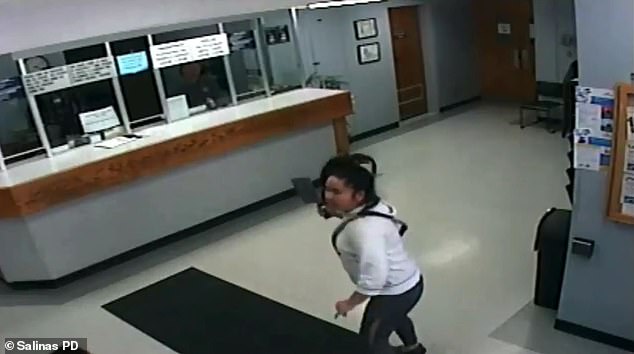 Off-camera Capulong places the victim in a chair and hops back into the frame without the hostage.

Suddenly a number of cops appear with firearms, pointing them at Capulong in a bid to get her to put down the weapon and release the woman.

Officers then shout instructions to drop the weapon to no avail.

But at one point Capulong appears to wail after a cop verbally deescalates the situation then quickly uses the stun gun on her, causing the assailant to momentarily release the victim and giving law enforcement the opportunity to rush in.

Salinas Police believe they were able to subdue the suspect so quickly due to having extra staff around because they were preparing to swap shifts.

The victim was uninjured and the suspect received minor injuries when she was arrested.

Capulong was booked into Monterey County Jail for Kidnapping, False Imprisonment and Assault with a Deadly Weapon.

The Salinas Police Department said in a statement it ‘is proud of our officers for using their training, experience, and sound tactics to de-escalate a tense, volatile, and rapidly evolving violent encounter’. 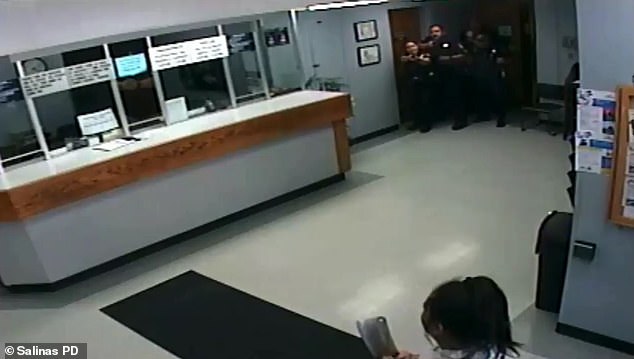 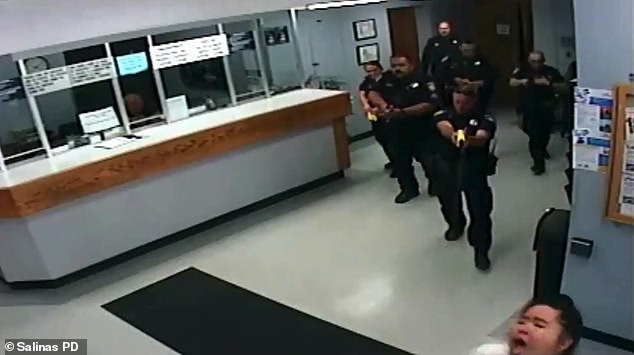 Capulong appears to wail as the taser is used and she’s arrested and charged with Kidnapping, False Imprisonment and Assault with a Deadly Weapon

Meghan’s sister blasts Duchess as 'inhumane' for her ‘merciless’ therapy of her father
Melania to switch Jackson Magnolia with Eisenhower Oak sapling on the White Home garden
Billboards blasting 'liar' and 'fake' Gretchen Carlson overshadow day two of Miss America pageant
'Super Blood Wolf Moon' to appear in the sky next month
Dancer who sued Michael Jackson for $1.5B alleges that the King of Pop raped him for SEVEN years
Before and after pictures show the devastation of Brazil dam burst
My lightbulb moment: Drink innovator Melanie Goldsmith reveals the inspiration behind her business
B-17 bombers and Bergdorf Goodman, remembering the dazzling female pilots of WWII