This is the horrifying aftermath of a drink driving crash which injured three children, including a baby, and left a young woman fighting for her life.

West Yorkshire Police said officers were called to Regent Street in Leeds at around 11.58am today after a silver Peugeot left the road and crashed into the building, reported to be a UCKG Help Centre.

A spokesman said a blue Audi had been involved in the collision and that the driver of that car, a 27-year-old man, has been arrested on suspicion of driving whilst over the prescribed limit. 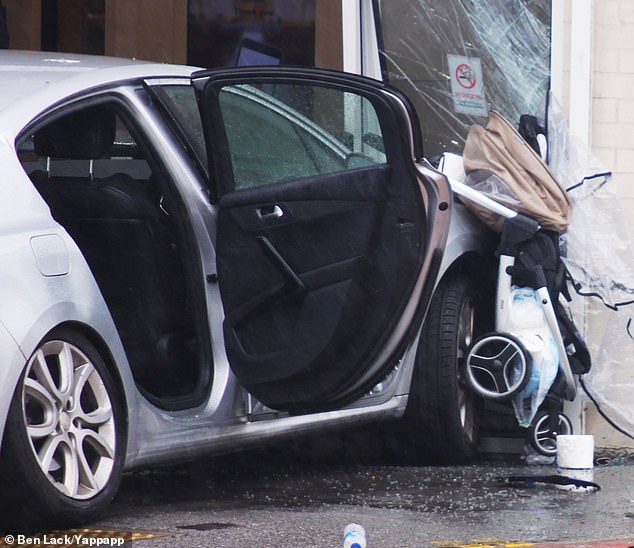 A 26-year-old female passenger in the Peugeot has been taken to hospital in a critical condition, while the driver and other passengers – including two adults and a baby – suffered minor injuries, the force said.

Two children who were on the pavement when the crash happened suffered minor injuries, the force said.

A spokesman added: ‘The road is still closed, and could be for some time whilst police carry out their investigation. 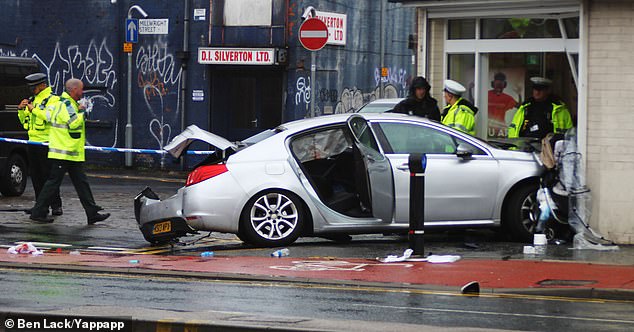 Two children who were on the pavement when the crash happened suffered minor injuries, the force said