A man from , accused of attempting to kill his wife, is in jail after his alleged plan backfired and he ended up paralyzed when he was shot.

Henry Frank Herbig, 65, who is a retired navy captain, has been charged with aggravated malicious wounding and breaking and entering with intent to commit a felony.

Prosecutors said Herbig broke into the home of his estranged wife in Virginia Beach on September 8 and assaulted her and her daughter with a wrench. 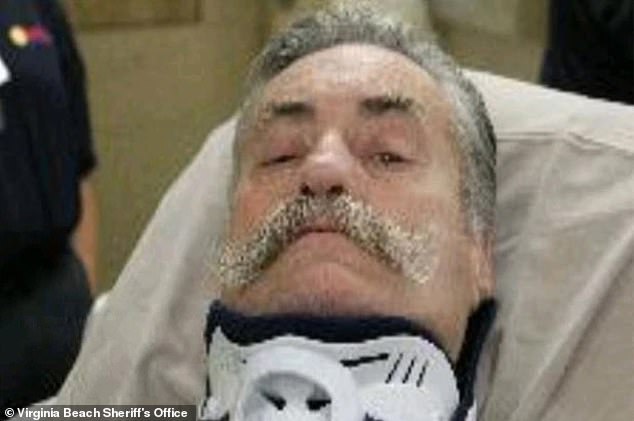 Henry Frank Herbig, 65, from Florida allegedly had plans to murder his ex-wife but he is now paralyzed

But revenge was quick as his stepdaughter ended up shooting him in the spine during the attack, leaving him paralyzed, according to

Prosecutors told the judge how Herbig first attacked his stepdaughter with the wrench when she was letting her dog out in the backyard.

He then forced himself into the home and attacked his estranged wife, it is claimed.

Prosecutors say if the stepdaughter hadn’t shot Herbig, he may have been able to carry out his plan. 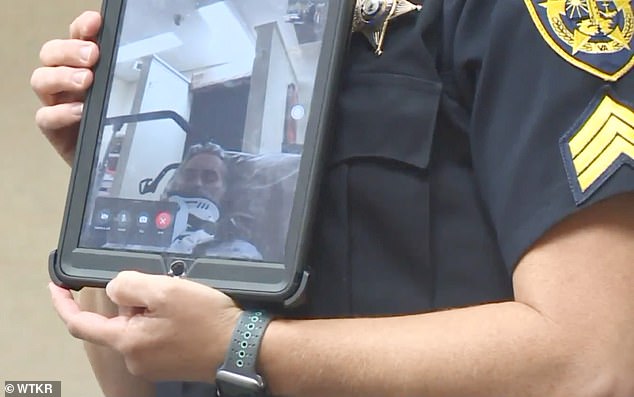 Police deemed her actions to be self-defense – the bullet ended up in his spine paralyzing him. He appeared in court using Facetime on an iPad

Authorities say the stepdaughter acted in self-defense and have not pressed charges against her.

On Wednesday, a Virginia judge denied bond to Herbig, who appeared in court via video conference from his jail hospital bed.

Investigators say they found a journal in Herbig’s car that detailed his plans to commit the murder.

It documents how he used several cars to drive from Florida to Virginia and bought gas cans so he wouldn’t have to stop. 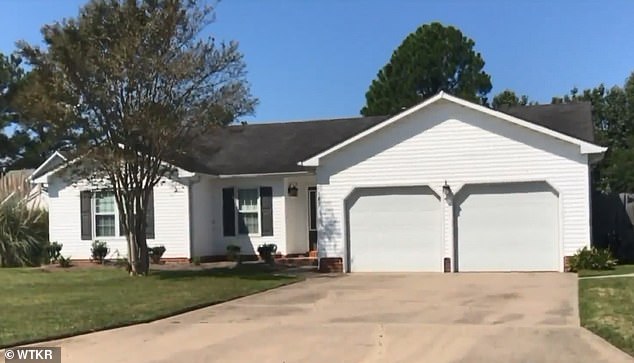 The man is also alleged to have carried multiple cell phones, disguises, garbage bags, zip ties, duct tape and weapons, including a wooden baton, a wrench and a gun.

Prosecutors say Herbig is wealthy and is still a flight risk because he knows several pilots and has a number of homes, one of which is near the Canadian border.

Although he can’t walk, they said he still poses a danger.

His defense attorney has argued that jail staff are unable to provide proper care for Herbig and that he should be released on bond.

Prosecutors argued that even though Herbig cannot make a fist and will not ever be able to walk again, he is still a danger to the community.