He made his name starring in the Australian soap Neighbours more than 30 years ago.

But Jason Donovan is still the man to have living next door — as he demonstrated last weekend by leaping from his bed and extinguishing a fire which threatened to take hold at the house opposite his pad.

The drama, I can disclose, unfolded in the early hours of Sunday, not long after Donovan, 51, returned home to Notting Hill, where he and his wife Angela and their three children have lived for several years. 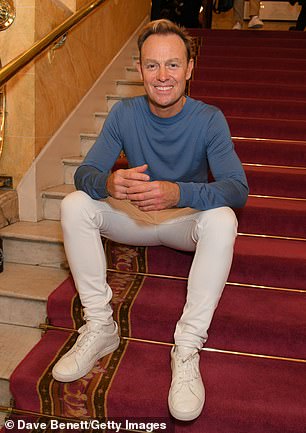 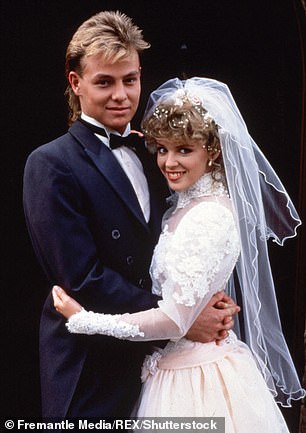 Former Neighbours star Jason Donovan leaped from bed last weekend to put out a fire at the house opposite his London pad. The drama unfolded shortly after Donovan, 51, returned home to Notting Hill where he and his wife Angela (pictured right) and their children have lived for several years

‘He’d been at a gig on Saturday night,’ his manager, Sam Wright, who accompanied him home, tells me. ‘I left him around two o’clock in the morning.’

Two and a half hours later, Donovan was roused from sleep. ‘There was noise and he looked out the window and there was what you don’t want to see — a fire over the road, literally opposite,’ adds Wright.

Springing into action without pausing to dress, Donovan grabbed the fire extinguisher which he and Angela have on standby for emergencies, raced across the road and tackled the blaze, which appears to have been caused by an electrical fault inside the building. 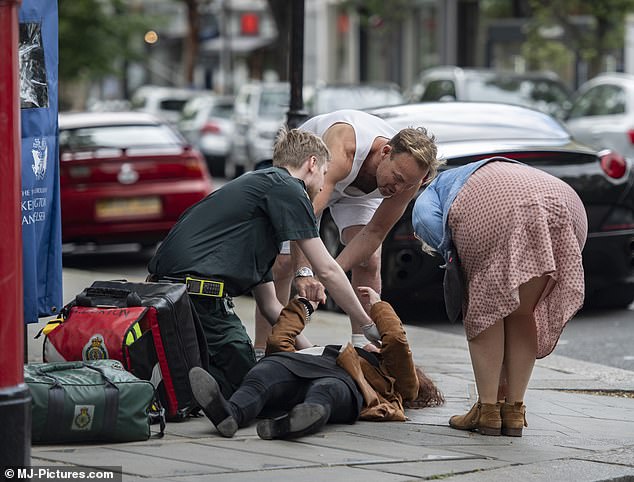 While out jogging earlier this year, modest Donovan also helped a woman who was lying unconscious on the pavement in Notting Hill

Fans are likely to have been especially impressed by Jason’s work with the extinguisher’s nozzle as he engaged the fire, which was round the corner from the Walmer Castle pub that Guy Ritchie and David Beckham bought last year.

‘He was just in his underpants,’ explains Wright, adding that the Fire Brigade turned up ‘really quickly’.

‘Jason said the people over the road are horrified that they’ve had a fire in their house.

‘He’s just glad that everyone’s OK. He said anybody would do the same.’

It’s exactly what the modest Donovan said earlier this year when, while out jogging, he saw a woman lying unconscious on the pavement in Notting Hill and gave first aid until paramedics arrived.

Who would have thought Margaret Atwood’s dystopian fictional universe would have an influence on the world of fashion?

This week, model du jour Bella Hadid, 22, took to the catwalk at the Lanvin show in Paris wearing a white hat created by the French designer.

Onlookers noted its striking resemblance to the bonnet sported by Elisabeth Moss’s character, June/Offred, in the Channel 4 adaptation of Atwood’s The Handmaid’s Tale.

But that’s where the comparisons end when it comes to the fictional heroine and Bella, as she teamed the hat with a glamorous strapless black dress.