A fatally stabbed bus driver was left on the front porch of his home for more than seven hours because neighbors mistook it for a Halloween display as authorities announced the arrest of three men in connection to the crime.

John ‘Randy’ Clinedinst, 54, was found fatally stabbed in front of his home in the Columbus suburb of Prairie Township on Tuesday.

Clinedinst, a school bus driver for the public school system in Columbus, suffered multiple stab wounds, according to .

Neighbors thought that the crime scene was an early Halloween decoration because of the way the body was positioned on the front porch, reported. 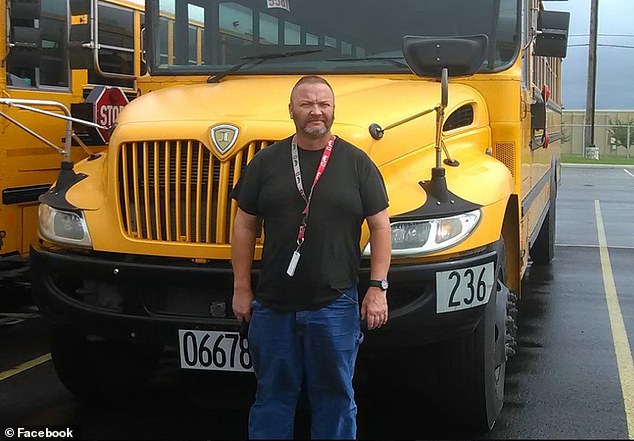 John ‘Randy’ Clinedinst, 54, a bus driver for a school district in Columbus, Ohio, is seen in the above undated file photo 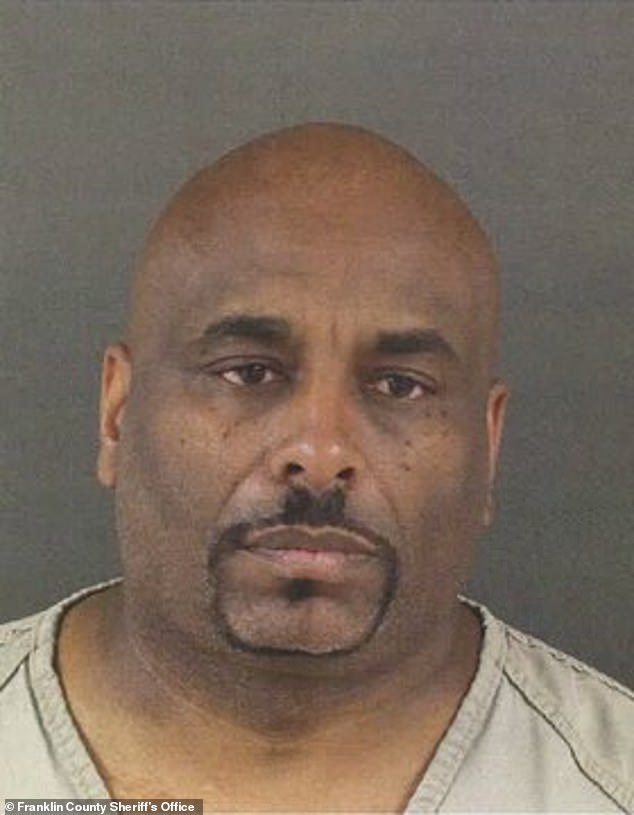 Clinedinst’s former roommate, Abraham Shears, 52, is alleged to have recruited two men in a murder-for-hire plot to kill Clinedinst 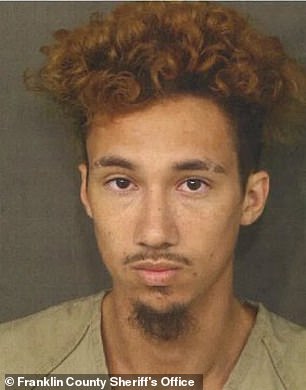 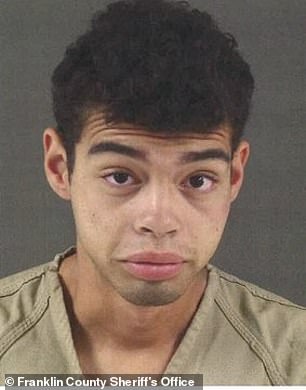 Donte Slash (left), 23, and Tarayle Glick (right), 19, are said to have confessed to investigators to the stabbing death of Clinedinst. They said Shears offered them cash and a trip to California to carry out the killing

Just after 11am on Tuesday, a number of curious neighbors were looking at the body on the front porch, prompting one of the roommates in the house to look outside and see Clinedinst.

The roommate then dialed 911, telling police that she thought she heard Clinedinst yell earlier in the morning.

After briefly looking for him, the roommate didn’t see him and went back to sleep.

Shears, the alleged ringleader, has been charged with conspiracy to commit aggravated murder. 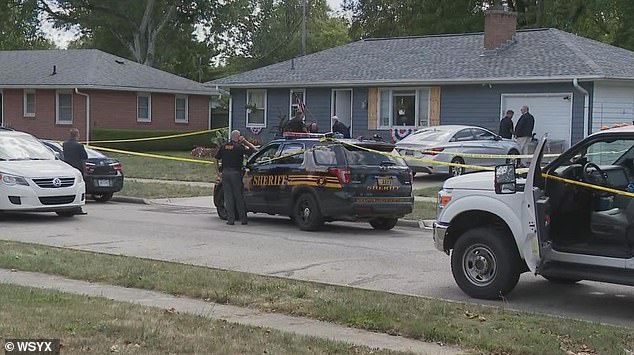 Neighbors initially thought that Clinedinst’s body was an early Halloween decoration. The crime scene in Prairie Township, Ohio is seen above

Slash and Glick have been charged with aggravated murder.

According to court documents, Slash and Glick waited outside Clinedinst’s home before dawn on Tuesday.

When Clinedinst stepped out of his house, Glick allegedly used a flashlight to blind him.

Investigators say that Slash then stabbed Clinedinst several times in the head and torso after he stepped out of his home at around 3:30am.

Slash was alleged to have been armed with a knife while Glick was said to be carrying a machete and a flashlight.

Sheriff’s deputies allege that Shears offered Slash and Glick money and a trip to California as payment for killing Clinedinst. 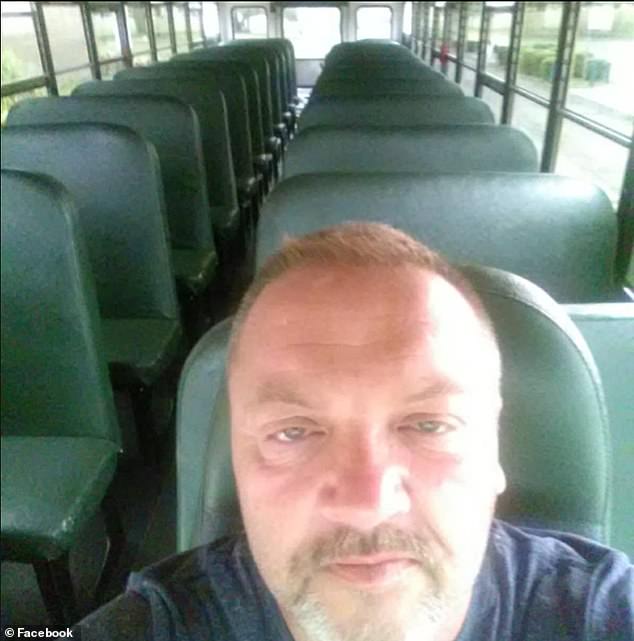 Clinedinst and Shears lived together in the same home with two other women until about a month ago, when the landlord forced Shears and one of the women out, according to reports. Clinedinst is seen in the above stock image

Shears had been living with Clinedinst and two other women in the home on the 200 block of Darbyhurst Road in Prairie Township until about a month ago, when the landlord kicked Shears and one of the women out.

A nextdoor neighbor told WSYX-TV that sheriff’s deputies were on more than one occasion called to the home because of disputes between the residents.

‘There was always constant turmoil and the sheriff’s department was out here several times because of him,’ said Gene Chaffin.

Shears has had previous run-ins with the law, according to court records.

In January, prosecutors in Franklin County said Shears pleaded guilty to sexual conduct with a minor.

Because of the conviction, Shears was required by law to move out of the home he shared with Clinedinst on Darbyhurst Road because of its proximity to a school, Prairie Lincoln Elementary. 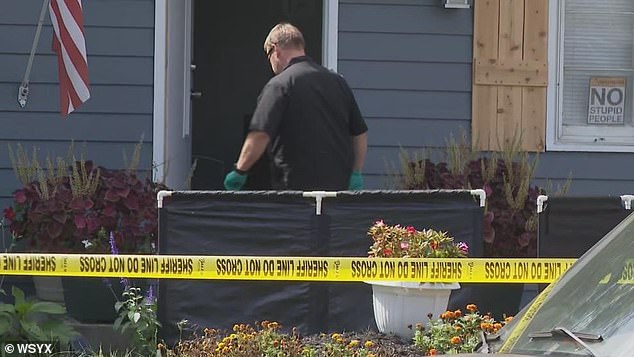 Clinedinst’s roommate called 911 after seeing his body shortly after 11am on Tuesday – almost eight hours after he was stabbed, according to authorities

By law, those convicted of sex offenses against children must live at least 1,000 feet away from a school.

The Columbus City School district released a statement after learning that its employee, Clinedinst, had died.

‘Our thoughts and prayers go out to the Clinedinst family during this difficult time,’ the district said in a statement.

‘Bus drivers such as Mr. Clinedinst do more than just transport students safely to and from school.

‘They are the first to greet students as they head to school each day, and extend a positive school climate beyond the classroom.

‘It’s the power of those short morning interactions that can set the tone for a child’s day.’

Eugenie and Jack joined by a glittering array of stars for their royal wedding reception
Princess Beatrice arrives in LA after it emerged she's dating Edoardo Mapelli Mozzi
Coast Guard reprimands officer over white supremacy sign
Women reveal creepy messages they receive on LinkedIn
Caster Semenya faces prospect of having to take pills to race women after court defeat
Body of Cristiano Ronaldo's hairdresser found in Swiss hotel room where he had been stabbed to death
Grazina Fechner shares FIVE personality types of people in an argument - so which one are you?
JBS close two plants after 'enforcing work while sick culture' that saw employees die of COVID-19