A formal impeachment vote against may be a formality as more than half of the members of the House – all Democrats – support such a move, indicating it would pass.

There are 220 Democrats who support impeachment, according to a count by .

With 435 House members, it would take 218 votes to approve articles of impeachment of the president and the latest count indicates the numbers are there. 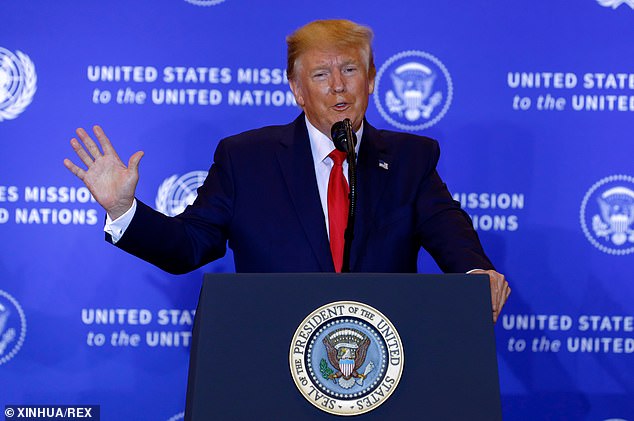 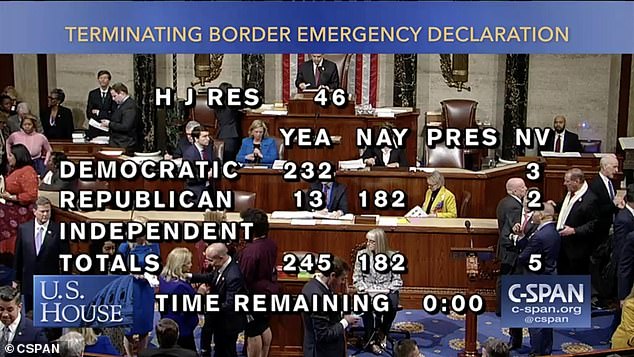 Speaker Nancy Pelosi announced on Tuesday the formal inquiry into the president’s actions regarding a phone call with newly elected Ukrainian President Volodymyr Zelensky, where Trump asked about an investigation into Joe Biden and Hunter Biden.

The House has not yet voted on the matter but since a whistle-blower alerted Congress to the existence of such a call, the drum beat has been growing among Democrats for the president’s head.

Pelosi had been reluctant to take such a step – until the call was revealed.

The result of those probes – if warranted – would be used to draw up articles of impeachment, which the full House would vote on.

If the House approves articles of impeachment, the case goes to the Senate for trial.

The White House released the full, unredacted transcript of the July 25 between the Trump and Zelensky Wednesday morning.

The transcript shows Trump mentioned Joe Biden by name and asked the Zelensky to talk to Attorney General William Barr and the president’s personal attorney, Rudy Giuliani, about Biden and his son.

‘There is a lot of talk about Biden’s son, that Biden stopped the prosecution and a lot of people want to find out about that, so whatever you can do with the Attorney General would be great,’ Trump says, according to the transcript.

‘Biden went about bragging that he stopped the prosecution so if you can look into it… it sounds horrible to me,’ the president told Zelensky.

Trump said on Wednesday the transcript showed it was a ‘nothing call.’

‘The way you had that built up that call, it was going to be the call from hell. It turned out to be a nothing call other than a lot of people said, “I never knew you could be so nice,”‘ he declared.

The president also denied putting any pressure on Zelensky to start an investigation into Joe Biden and Hunter Biden. 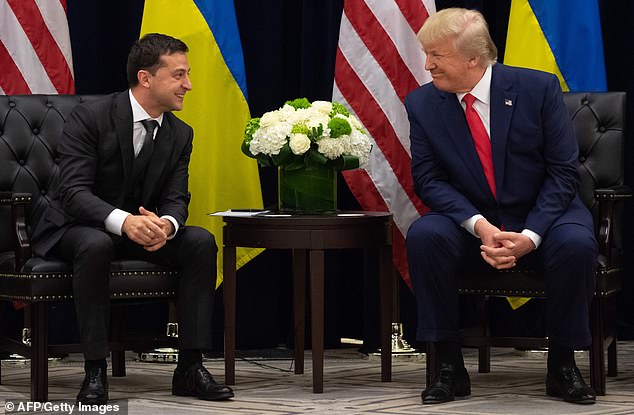 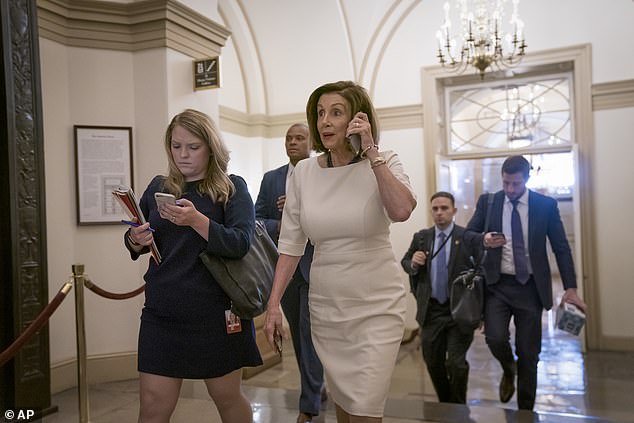 ‘There is no pressure whatsoever,’ he said.

The House Intelligence Committee on Thursday published the bombshell complaint.

The seven-page document was declassified overnight after lawmakers had viewed it, hours after the transcript of the call between Donald Trump and Volodymyr Zelensky was published was published by the Department of Justice.

It levels a series of charges at Donald Trump and the White House including that:

The letter does not disclose the whistle-blower’s identity but makes clear that they are a senior figure – they disclose that they were provided a ‘readout’ of the call.

WHAT HAPPENS NEXT? THE VERY COMPLICATED STEPS INVOLVED IN IMPEACHING DONALD TRUMP

Nancy Pelosi announcing a formal impeachment investigation is only the start of what will be an epic legal and constitutional clash.

Here is how impeachment goes from here.

Six committees are now tasked by Pelosi with investigating Donald Trump with the intention of deciding whether he should be impeached. They are the House Judiciary, Oversight, Intelligence, Ways and Means, Financial Services and Foreign Affairs committees. All of them are now likely to issue a flurry of subpoenas which is certain to lead to a new:

The Trump administration has so far resisted subpoenas by claiming executive privilege and is certain to continue to do so. Federal judges are already dealing with litigation over subpoenas for Trump’s tax and financial records and many more cases are likely to follow. But the courts have never settled the limits of executive privilege and whether an impeachment inquiry effectively gives Congress more power to overcome it. If Trump fights as hard as he can, it is likely to make its way to the Supreme Court. In the meantime, expect:

Democrats know they need to convince the public that Trump needs to be put on trial and the best way to do that is hearings like those which electrified the nation during Watergate. They botched the Mueller hearing but if they produce question and answer sessions with people from Trump-world which cause public outrage, they are on their way to:

4) Drawing up formal articles of impeachment in committee

The charge sheet for impeachment – the ‘articles’ – set out what Trump is formally accused of. It has no set format – it can be as long or as short as Congress decides. Three such set of articles have been drawn up – for Andrew Johnson on 1868, Richard Nixon in 1974, and Bill Clinton in 1998. Johnson’s were the most extensive at 11, Nixon faced three, and Bill Clinton four but with a series of numbered charges in each article. Once drawn up, the judicial committee votes on them and if approved, sends them to the House for:

The constitution says the House needs a simple majority to proceed, but has to vote on each article. Nixon quit before such a vote so Andrew Johnson and Bill Clinton are the only precedent. The House passed two out of the three articles against Clinton and all 11 against Johnson. Passing even one article leads to:

Even if the Senate is clearly not in favor of removing the president, it has to stage a trial if the House votes for impeachment. The hearing is in not in front of the full Senate, but ‘evidentiary committees’ – in theory at least similar to the existing Senate committees. The Chief Justice of the Supreme Court presides over it, but the procedures are set by senators. Members of the House prosecute Trump as ‘managers,’ bringing witnesses and presenting evidence to set out their case against the president. The president can defend himself, or, as Clinton did, use attorneys to cross-examine the witnesses. The committee or committees report to the full Senate. Then it can debate in public or deliberate in private on the guilt or innocence of the president. It holds a single open floor vote which will deliver:

Impeachment must be by two-thirds of the Senate. Voting for impeachment on any one article is good enough to remove the president from office. There is no appeal.

Leading F45 nutritionist reveals the shocking number of calories in your favourite health foods
Kevin Spacey seen in public for the first time in over a YEAR just days after sex assault charges
PICTURED: TSA employee who jumped to his death at Orlando International Airport
Cocktails, dinner alone and a full night’s sleep – why a spa is the perfect getaway for new mothers
It's official! Robert Pattinson is the new Batman after battling against Nicholas Hoult
Wendy Williams' son is seen in his mugshot after slugging father Kevin Hunter in a parking lot
Social media users swoon over 'handsome' police man - after two cops star in a road safety law video
Third case of dengue fever confirmed in Miami as new reports reveal numbers are increasing