reacted to the revelation that President allegedly pressured the Ukranian president into investigating the Democratic 2020 frontrunner’s family during a Wednesday interview on Live.

‘You’ve been in politics for quite some time. How does this rank as far as on the outlandish scale for you, the last 48 hours, watching this transpire?’ Kimmel asked Biden.

The former vice president replied: ’18 out of 10,’ calling the situation ‘bizarre’.

House Speaker Nancy Pelosi announced Tuesday that the House was opening a formal impeachment inquiry into Trump amid a political firestorm sparked by a whistleblower’s complaint about a July phone call between Trump and Ukrainian President Volodymyr Zelensky.

The intelligence community informant alleged that Trump threatened to withhold $400million in military aid to the Ukraine unless Zelensky agreed to investigate Biden and his son Hunter’s business dealings in the country.

Biden remarked: ‘The idea that someone would call a head of a foreign state, withhold significant aid when they badly need it to hold the Russian separatists in Ukraine from taking over Ukraine, and then ask, basically, to, can you cooperate with Rudy Giuliani coming over … I mean, it’s such a blatant abuse of power that it’s, it just, I don’t think it can stand.’ 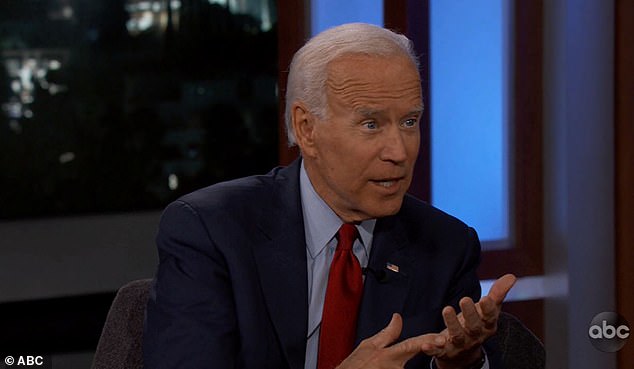 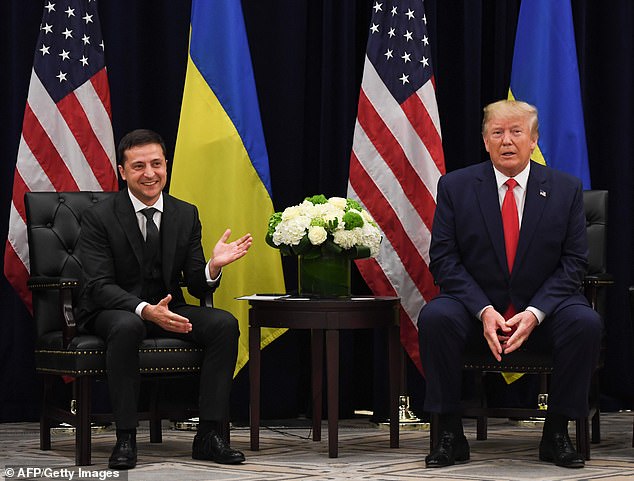 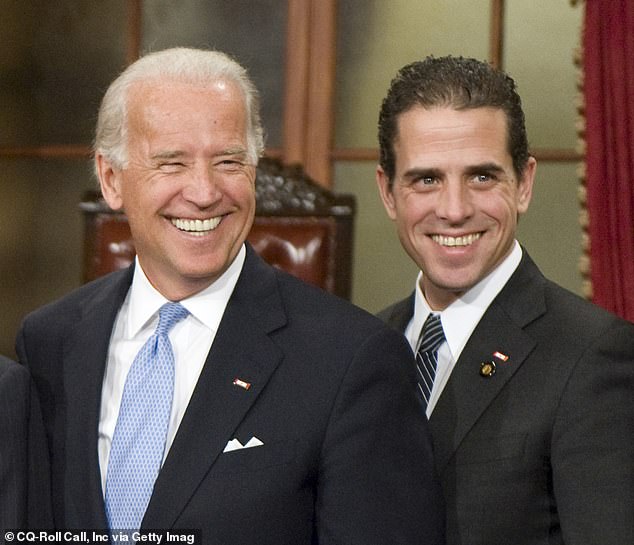 The whistleblower alleged that Trump threatened to withhold $400million in military aid to the Ukraine unless Zelensky agreed to investigate Biden and his son Hunter’s business dealings in the country. Joe and Hunter Biden are pictured above

‘But look, that’s, I’m confident in the ability of the house and senate to deal with this. My job is to just go out and beat him.

‘I can’t let this distract me in a way that takes me away from the issues that really, the reasons that I’m running.’

Biden asserted that he became the object of Trump’s attention because a number of polls have shown that he could beat the incumbent in 2020.

‘When you step back from it, this is not about me and my family. There’s not one single solitary legitimate journalist in the world giving any credibility to this,’ Biden said. ‘They’ve debunked all of what he had to say since [Trump’s personal attorney Rudy] Giuliani started this a while ago,’ he said.

‘What I do worry about, I do worry about all the other families that can’t take care of themselves and what’s happening with this president and his constant diversions.’

Biden said ‘there is much more at stake than whether or not he’s acting so bizarrely’ before listing off the ‘monumental damage’ Trump’s administration has caused to issues like health care, the environment and international relations. 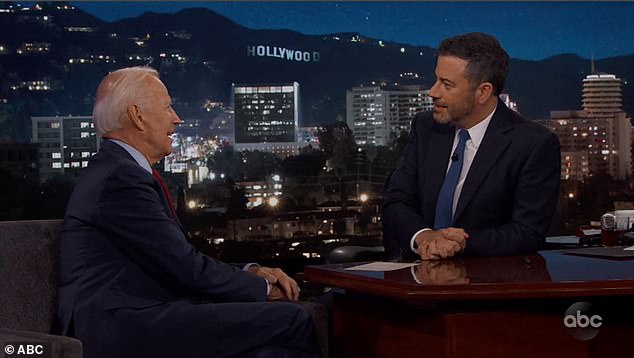 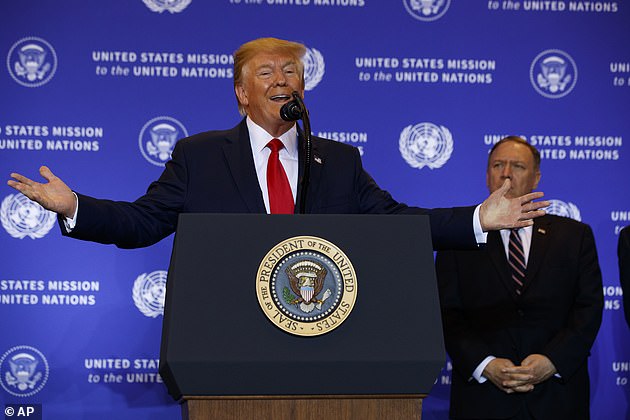 Biden said if the allegations about Trump coercing Russia are true, they would constitute an impeachable offense. Earlier on Wednesday, the president mocked Democrats calling for impeachment at a news conference (pictured)

Jumping off that comment, Kimmel asked: ‘How much of your desire to run is related to Donald Trump being president? In other words, if someone, if a decent man like Jeb Bush had won the Republican nomination, would, would you feel as motivated to run?’

‘I guess the honest answer is no,’ Biden said.

He explained that he hadn’t planned on running after his son Beau died of a brain tumor in 2015 because he was proud of the ‘progress’ made during former President Barack Obama’s administration.

That changed, Biden said, after the white supremacist rally in Charlottesville in 2017.

He described watching ‘those folks in Charlottesville, coming out of the fields, carrying torches, contorted faces, their veins bulging, shouting the same anti-Semitic bile that was shouted in the streets of Nuremberg and Berlin in the ’30s, accompanied by the Klu Klux Klan’.

‘When a woman was killed and the president was asked to respond, he said there were very fine people in both groups,’ Biden recalled.

‘No president has ever, ever said anything like that, the possible exception of Andrew Jackson before the Civil War.

‘That’s when I decided, how can I remain silent? Because I was raised by a dad who taught me silence is complicit.’

Biden continued: ‘This is the way [Trump] has tried to divide this country and pitted people against one another.’

‘This division in our country is just so devastating, so devastating for so many people, and it’s ruining our standing around the world.

‘Eight years of Donald Trump will fundamentally alter the character of this nation in my view. And I, we, can’t let that happen.’