The incredible moment Miami Marlins’ outfielder Austin Dean knocked over fans’ beer can pyramid with a baseball has gone viral.

On Friday night in Marlin Park, the Marlins’ were facing the Washington Nationals.

During the game, a group of fans created a beer can pyramid in the upper levels of the stadium. 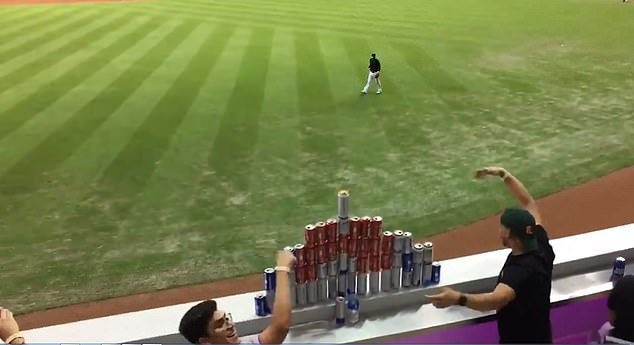 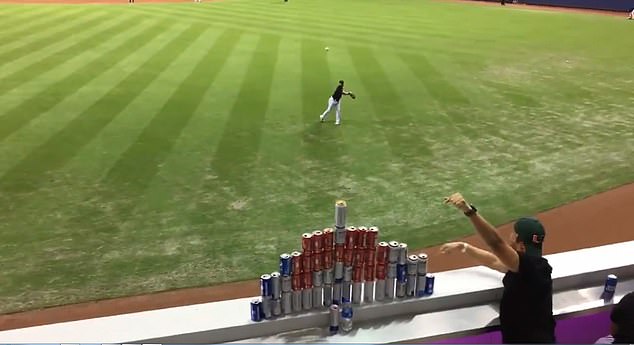 In the video shared to Twitter, the fans successfully get Dean’s attention and gesture towards their tower of beer cans.

With an impressive nonchalance, Dean tosses a baseball at the pyramid and easily knocks off the top can with his spot on aim.

The crowd goes wild as Dean walks off back into the game. 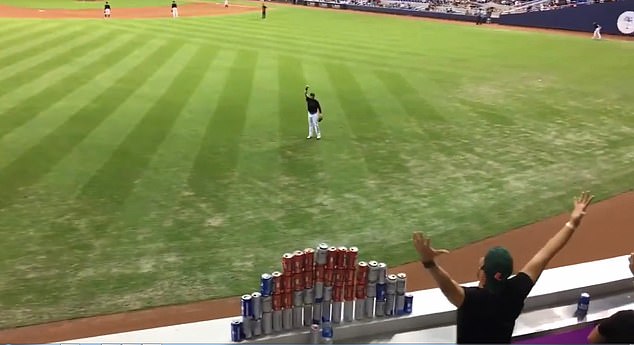 The crowd went wild after Dean only knocks the top can off, leaving the rest of the beer can pyramid intact

One user wrote: ‘Everybody, please meet outfielder Austin Dean. He would win any and every carnival game ever presented to him. Don’t @ me.’

Another said: ‘Makes it look so easy’ 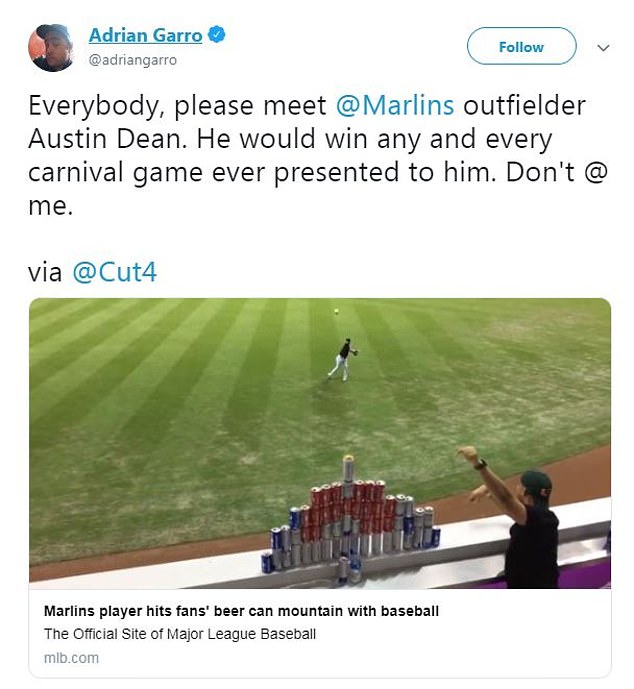 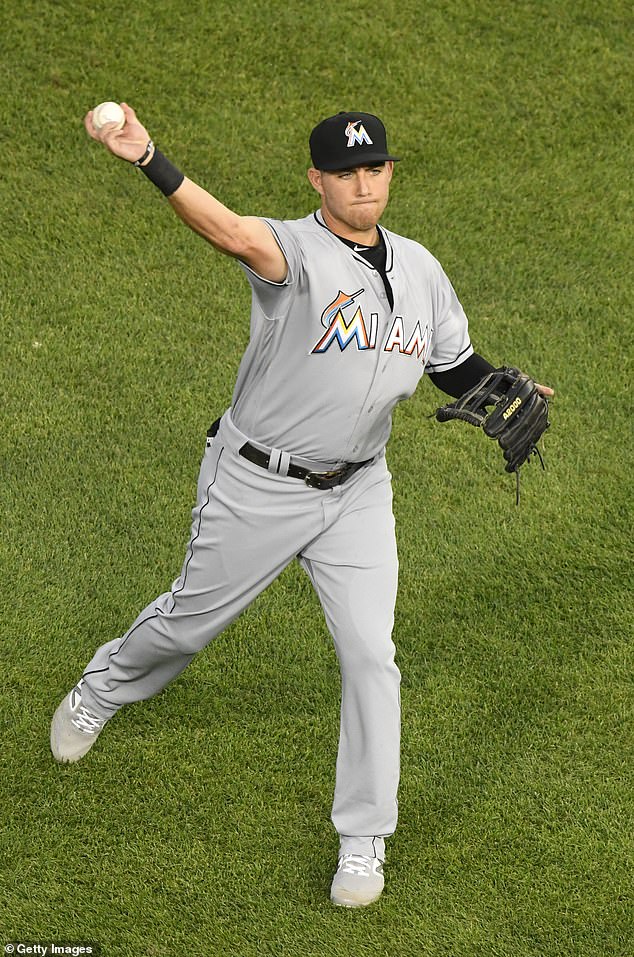 Since the initial post, the video has been picked up by news sites and social media outlets.

Although the Marlins lost to the Washington Nationals 6 to 4, Dean’s throw is easily the highlight of the game.

It appears no one in the crowed was injured by the flying ball.