Marilu Henner looked lovely when she hit the Bergman’s Style Lounge and Party  in celebration of the upcoming 71st Annual Emmy Awards on Thursday.

The 67-year-old star – best known for her role on the 1970s series Taxi as well as her appearance on – took her time checking out the CBD products and My Saint bracelets.

This comes after the redheaded stunner talked about her incredible skill – she has what has been termed Superior Autobiographical Memory, where she can remember everything that happens on any given day. 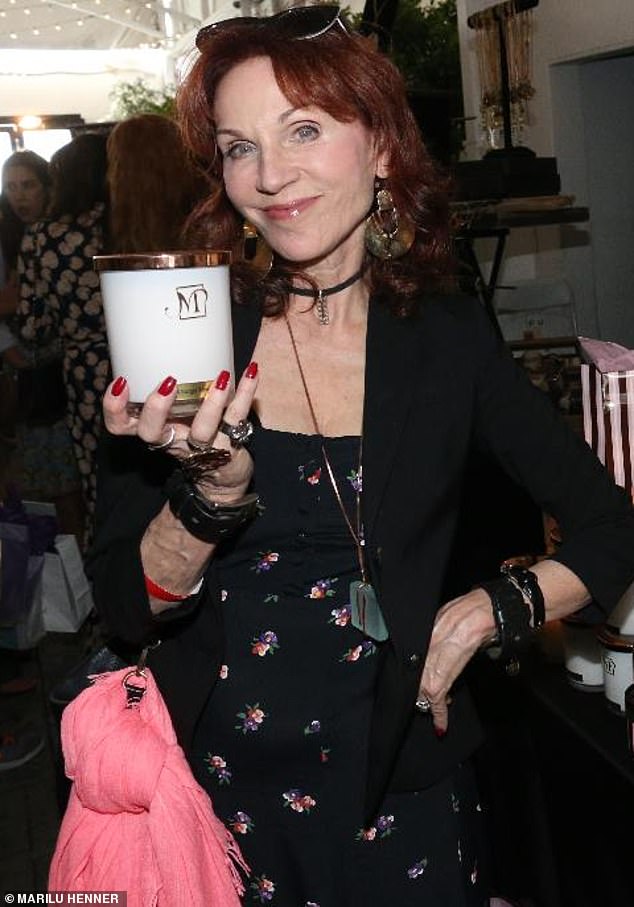 Good vibes: Marilu Henner looked lovely when she hit the Bergman’s Style Lounge and Party in celebration of the upcoming 71st Annual Emmy Awards on Thursday 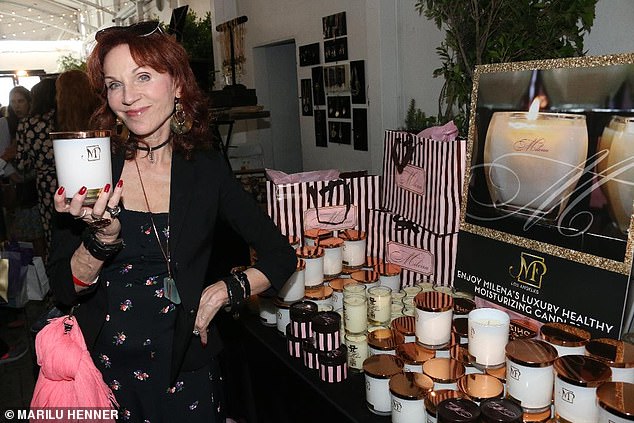 Candle light: The 67-year-old star took her time checking out the CBD products and My Saint bracelets

In 2012 she told ABC news she could remember every single day of her life and have it available for instant recall.

Henner can tell you what she had for lunch on any random day in the past and also who she met, what she wore.

The actress, who has also starred in L.A. Story (1991) and Man on the Moon (1999), is one of only 12 people in the world diagnosed with hyperthymesia, also known as Highly Superior Autobiographical Memory. 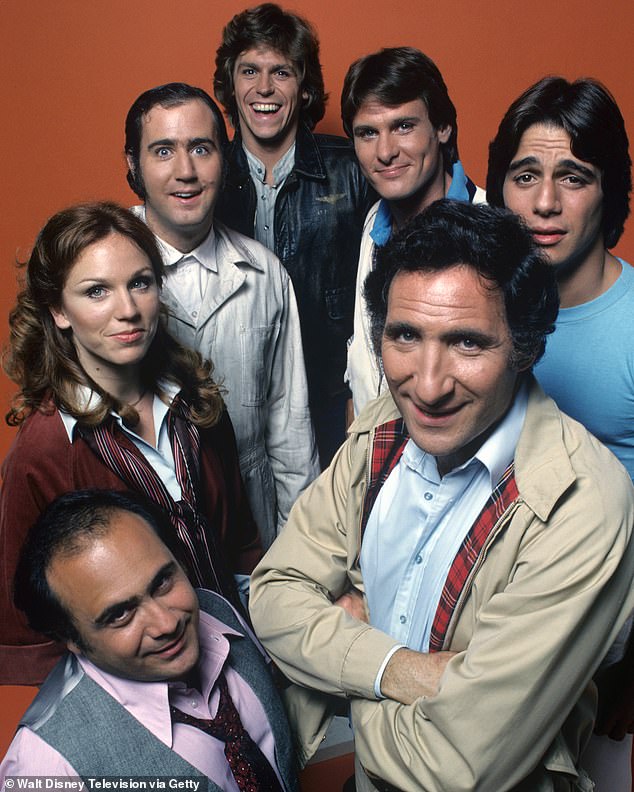 Good ole days: On Taxi in 1978 with Danny DeVito (as Louie), Andy Kaufman (as Latka), Jeff Conaway (as Bobby), Randall Carver (as John), Tony Danza (as Tony) and Judd Hirsch (as Alex) 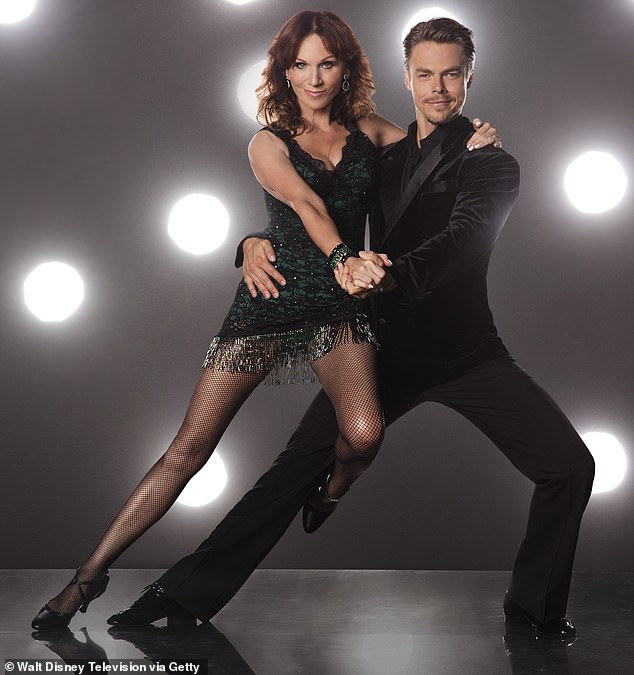 Still has the body! She showed off her incredible figure with Derek Hough on Dancing With The Stars in 2016

She said her earliest memory is of being baptized.

‘I just remember the water, and I remember the white,’ she said. ‘Whenever I go back into memory, I’m always in my body looking out.’

Henner said her memory works like a scene selection menu on a DVD, with ‘little videos moving simultaneously.’ 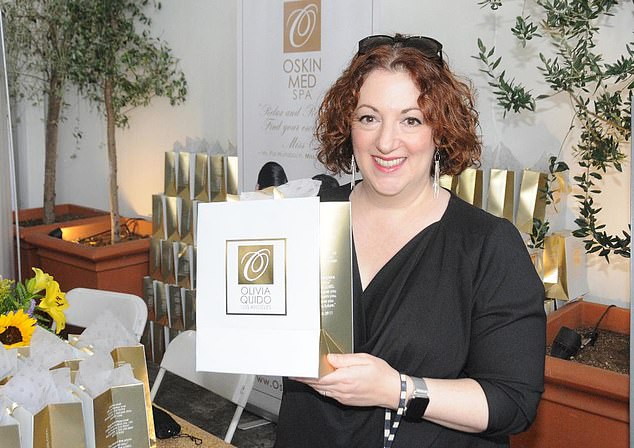 A gift for her: Rebecca Metz wore black as she held up a bag from Olivia Quido

‘When somebody gives me a date or a year or something, I see all these little movie montages, basically on a time continuum, and I’m scrolling through them and flashing through them,’ she said.

She said it is a gift that helped her as an actress, but not in the way you might think.

‘I can always remember where I first read a script or what I studied or what I liked about, things like that,’ Henner said. ‘But definitely being an actress, I learned how to embrace my memories and celebrate them and explore them without hesitation whatsoever.’ 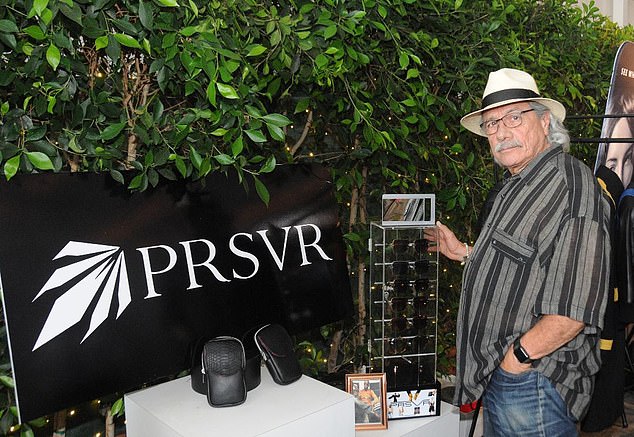 He took a close look: Edward James Olmos was at the PRSVR booth 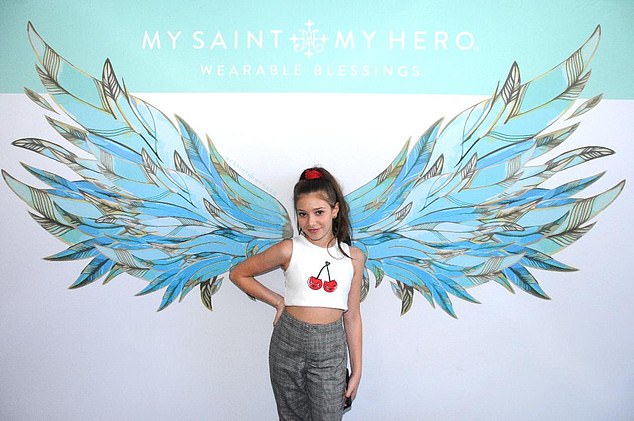 Wearable blessings: Mackenize Moss of God Bless The Broken Road was seen in front of a pair of wings for My Saint My Hero

In her new book, Total Memory Makeover, Henner tries to help others unlock their memories.

‘Just this idea that everything that I’ve ever done is documented somewhere in her mind,’ he said.

Henner said her gift is not just a parlor trick. It’s important stuff.

‘It’s that defense against meaninglessness,’ she said. ‘I’m not just occupying time. There’s some significance to what I’m doing and how I’m living my life.’ 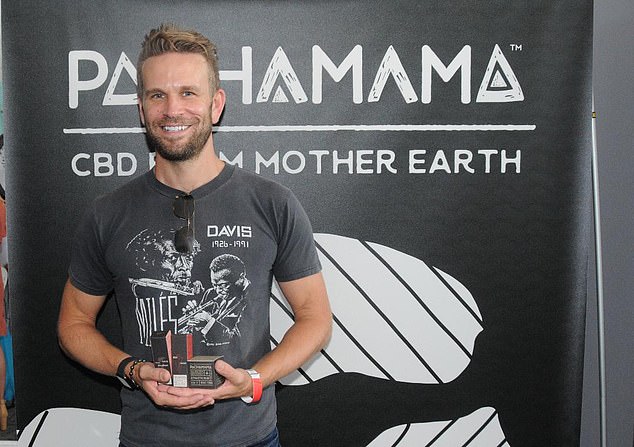 CBD time: John Brotherton looked into the CBD products by PACHAMAMA at the Doris suit

The event was hosted by Buywine.com and presented by Precious Vodka & PRSVR. 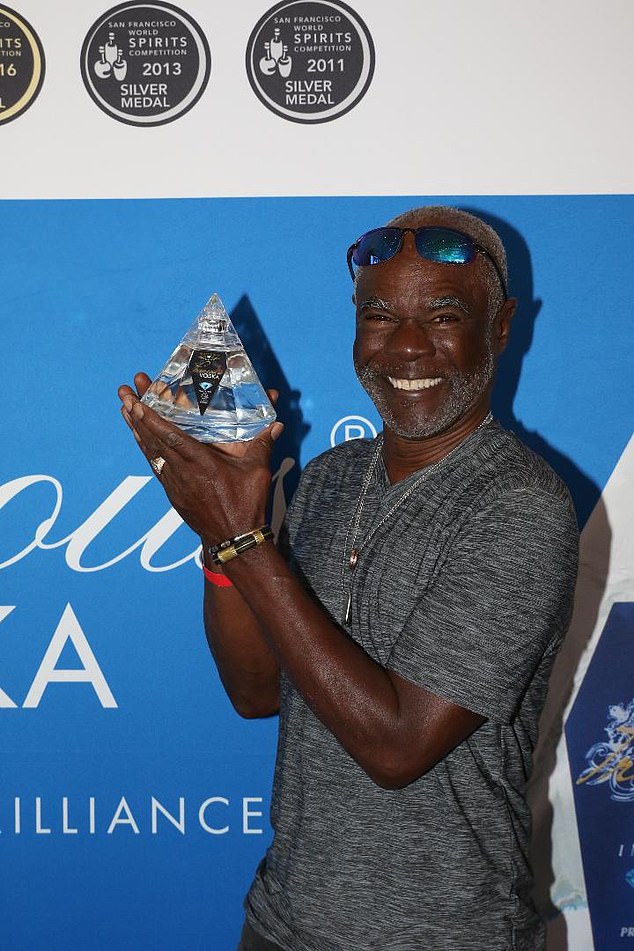 I’ll have a drink to that! Glynn Turman held up a bottle of Precious Vodka vodka in the shape of a gem

Wednesday’s Child highlights ‘harder to place’ young adults in the LA County foster care system who are in need of adoptive families.

Inside Tina O'Brien and Adam Crofts' mini-moon: Newlywed star enjoyed pampering and fine dining
MAFS' Ines Basic and Sam Ball lock lips in a passionate embrace
Sophie Turner and Joe Jonas enjoy stroll with direwolf-like pooches before Game Of Thrones finale
Emily Atack admits that her male co-stars usually get 'excited' when filming sex scenes with her
Billie Faiers EXC: Mummy Diaries star matches with daughter Nelly in series of sweet ensembles
Did Sportsbet leak the Bachelorette premiere date?
Chloe Ferry laughs off the drama with ex Sam Gowland for a raucous night out with pals
Zawe Ashton 'wants to have a baby' amid claims she has been dating co-star Tom Hiddleston