The EU official opted not to speak in diplomatic code. ‘There are huge gaps in the UK offer. This just isn’t a serious solution. They are putting forward proposals that simply won’t work. Talk of a deal is spin and optimism going into overdrive.’

Boundless optimism is one of ’s greatest assets. And after the dour, grinding pragmatism of , a more upbeat, confident demeanour from the Prime Minister is something to be welcomed. But this morning it’s time to park the optimism and face reality. 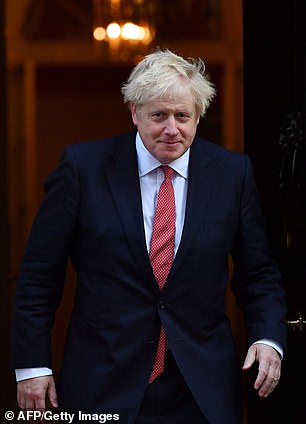 Boundless optimism is one of Boris Johnson’s greatest assets after the dour, grinding pragmatism of Theresa May

Britain and Europe are eyeball-to- eyeball over . And the EU is not going to blink. The impact on sales of BMWs and prosecco. The hammer-blow to the economy of the Irish Republic. In the view of the Brussels panjandrums, all these are prices worth paying to maintain the integrity of the .

On Thursday, Brexit Secretary Steve Barclay tried again to soften them up. If they dug in and forced the UK into a No Deal Brexit, Europe would suffer medicine shortages, agriculture would be hit hard, and so would the tourism industry, he warned. I asked the EU official what he thought of that threat. ‘Well, it certainly raised a few eyebrows,’ he said, stifling a laugh.

This is the reality of where we are now. Europe is laughing at us. Not because they are cavalier about the impact of No Deal – though some Eurocrats clearly have little concern for how many Spanish manchego producers must be sacrificed on the altar of a glorious EU super-state. But because they find it comical that we still cannot see that, when they say there will be no more major concessions to the agreement they brokered with Mrs May, they really do mean it.

Even when they’re not laughing at us, they’re publicly humiliating us, like Luxembourg PM Xavier Bettel did with his podium grandstanding on Monday.

Or issuing ultimatums of their own, as Emmanuel Macron did with Wednesday’s demand that Boris publish his Brexit plan in 12 days or else negotiations would end.

Or simply telling the unvarnished truth, as Irish Deputy PM Simon Coveney did on Friday, when he said: ‘Everyone needs a dose of reality,’ over the fiction we’re closing in on a deal. 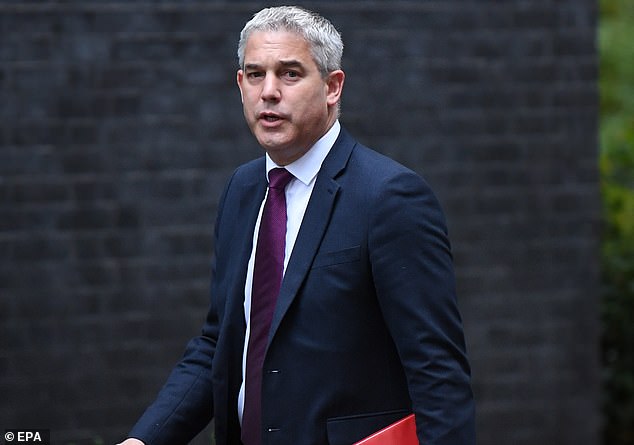 On Thursday, Brexit Secretary Steve Barclay tried again to soften them up. If they dug in and forced the UK into a No Deal Brexit, Europe would suffer medicine shortages, agriculture would be hit hard, and so would the tourism industry, he warned

The EU is not bluffing. And it is not folding.

However much people may have believed the spectre of a No Deal Brexit would finally force them into a major renegotiation, it is simply not going to happen.

Which leaves Boris facing a choice. He can put an end to the entire charade, call time on the negotiations and finally and unequivocally embrace a No Deal Brexit. Or he can broker a deal. But only if he – rather than the EU – chooses to blink first.

First, he would have to abandon his attempt to face down the European Union, pivot 180 degrees, and instead face down his own allies in the DUP and the ERG.

Having defied them – or stuffed their mouths with gold – he would then have to reach out to the 21 Tory MPs he unceremoniously expelled from his party, and beg them on bended knee to return and endorse his deal.

At which point he would have to hurriedly shift his attention to the other side of the political aisle, get down on both knees, and plead with 30 or so Labour MPs to abandon their own party, withstand the wrath of the fanatical Corbynites and Remainers, and endorse a Tory Brexit.

And in a final act of supplication, he would have to prostrate himself in front of the voters of the Brexit Party, implore them to ignore everything he’s been preaching about vassalage, collaboration and betrayal, abandon any hope of a ‘clean Brexit’ and line up alongside the deal he’s just cobbled together with Michel Barnier and Jean-Claude Juncker.

It’s a political fantasy. As one source close to the Tory rebels said: ‘We still really hope we can get a deal. But to get something through, Boris was always going to need to use his charms to persuade the ERG to back down.

And it’s almost too late for that now. There’s been too much tough talk thrown around.’

Over the past week it has become increasingly hard to discern what strategy Boris is actually pursuing.

But since his election as Prime Minister, the basic plan has been this. Present himself as the defender of a true Brexit, set himself against the political establishment, then carry that framing into a General Election.

But how will that plan look the day he returns from Brussels waving a piece of paper handed him by Angela Merkel pledging peace in our time.

What happens to the argument that the ‘surrender treaty’ has scuppered any chance of a deal? Or that our nefarious parliamentarians are crudely and cravenly silencing the voice of the British people?

Come to that, what would any of the past few months of madness actually have been about?

May’s defenestration. The prorogation crisis. The fracturing of the Tory Party. The destruction of the Government’s majority. What will it have been for if, by the end, all we are left with is the spectacle of Boris Johnson standing at the Despatch Box sporting Theresa May’s lipstick?

EU officials say they believe the Prime Minister is sincere about getting a deal. ‘We’re a cynical bunch,’ one insider told me, ‘but he’s convinced us he genuinely wants a solution.’

Maybe he does. But it’s too late. The fact is the Brexit clock has finally struck midnight.

Even if a deal could be hammered out in the time remaining, it would not be a politically viable deal for the Prime Minister. Unless the EU is prepared to make major concessions. And the lesson of the last week is that it is not.

Which leaves Boris facing a simple choice. He can embrace No Deal. Or he can blink.

But if he blinks, it will be his last act as Prime Minister.

Is bungling Corbyn about to quit?

As I predicted last week, Jeremy Corbyn’s attempt to stamp his authority on the Labour Party conference has already backfired spectacularly with his humiliating climbdown over attempts to sack deputy Tom Watson.

But what is confusing many observers is the timing of this assault.

My understanding from Shadow Cabinet Ministers is that the key to understanding the bungled plot is the upcoming move to oust Prime Minister Boris Johnson and replace him with a Government of national unity. Corbyn has been told by leaders of the other minor parties and Tory rebels that they would not accept him as head of a national Government. 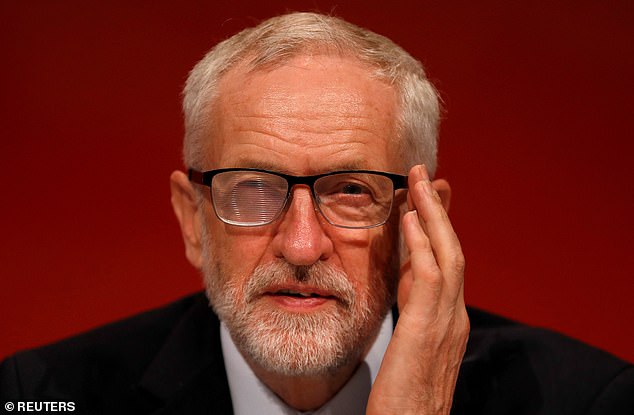 Corbyn’s team – headed by aides Seumas Milne and Karie Murphy – have urged him to override these objections and try to form a minority Labour administration.

But I’m told Corbyn has been contemplating ignoring them and stepping down as Labour leader, clearing the way for someone else to act as interim PM.

‘Jeremy’s family have told him that he should use this as the opportunity to get out, and he’s listening to them,’ a Shadow Minister tells me. Under Labour rules, if Corbyn steps aside, Watson automatically takes over. Which is why a second motion tabled by the anti-Watson plotters also called for Labour’s ruling NEC to appoint a temporary successor, rather than have the position pass to his deputy.

‘They think Jeremy might be getting ready to stand aside, and they couldn’t afford to have Tom replace him, even for a short time,’ another Shadow Minister tells me. With Watson surviving the assassination attempt, Boris couldn’t have had a better start to the Labour get-together. 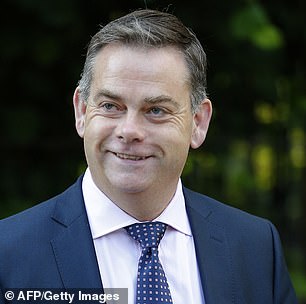 Arts Minister Nigel Adams had a diary clash that was preventing him from attending last week’s Mercury Prize for the best album of the year.

He was finally persuaded to attend the prestigious bash by UK Music boss Michael Dugher. A friend of Adams told me: ‘Dugher told him it would be a great event for him to be at. So Nigel walks in and gets to his table, and what does he see? This rapper walking on to the stage with a model of Boris Johnson’s severed head in his hand.’

Upcoming discussions with Ministers over the EU’s Copyright Directive are going to be interesting.

There’s been a long-standing tradition of incoming Chancellors hanging a photo of their predecessor on the wall of the No 11 water closet. But I’m told Sajid Javid is about to shun convention. An ally informs me: ‘He won’t be hanging a photo of Philip Hammond in there.’ It’s one way of flushing away a political legacy.

Canine of Patriots LB Jerod Mayo discovered lifeless, coach charged
Yankees manager Boone suspended 1 game for nicking umpire
The Royal wee! Princess Charlotte stuns punters as she nips into south London pub to use toilet
Jennifer Lawrence denies Harvey Weinstein's alleged claims they slept together
Hobbit hideaway with links to James Bond and artist Augustus John goes on the market for £400,000
Rates of dementia have dropped 15% per decade since the 1980s
Millennials fuel boom in classical music streaming with many using it to help with exam revision
Alex Scott: The girl who dreamed of playing at Wembley and won legion of fans on Strictly