Lil’ Kim was making her own style rules when she attended the Philipp Plein afterparty during Milan Fashion Week on Thursday evening.

The 45-year-old showed off her fabulous curves wearing a purple form-fitting mini dress which had a keyhole detail at the cleavage.

She opted to go braless under her dress as she put on a body confident display. 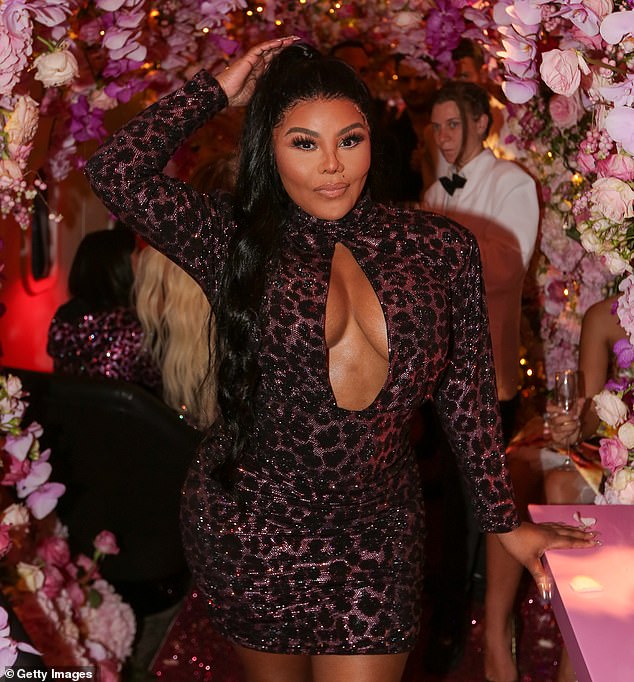 Doing her thing: Lil’ Kim, 45, put on an eye-popping display as she went braless under a tight purple dress with a keyhole detail at the Philipp Plein afterparty in Milan on Thursday night 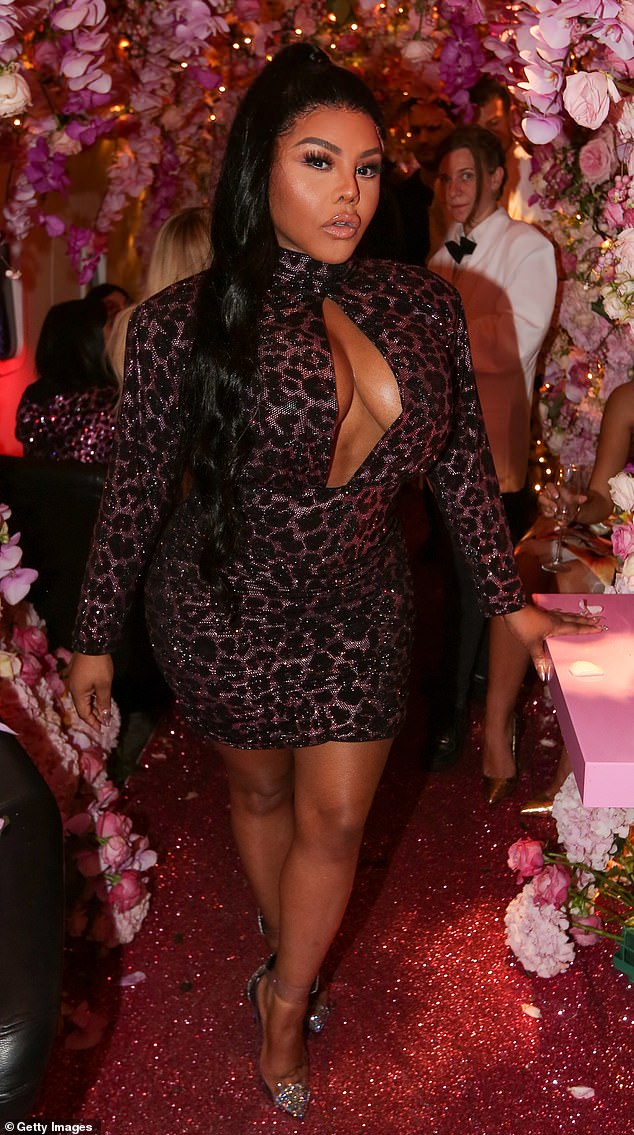 All that glitters: Kim looked incredible and wore a pair of sparkly heels

The musician had a fabulous time on the night as she partied up a storm with model Bernice Burgos who wore a dress in the same fabric.

Their pals were snapping lots of pictures of them on the night as they posed under a pretty floral arch.

Fellow singer Faith Evans recently revealed that she and Lil’ Kim are going out on the road together. 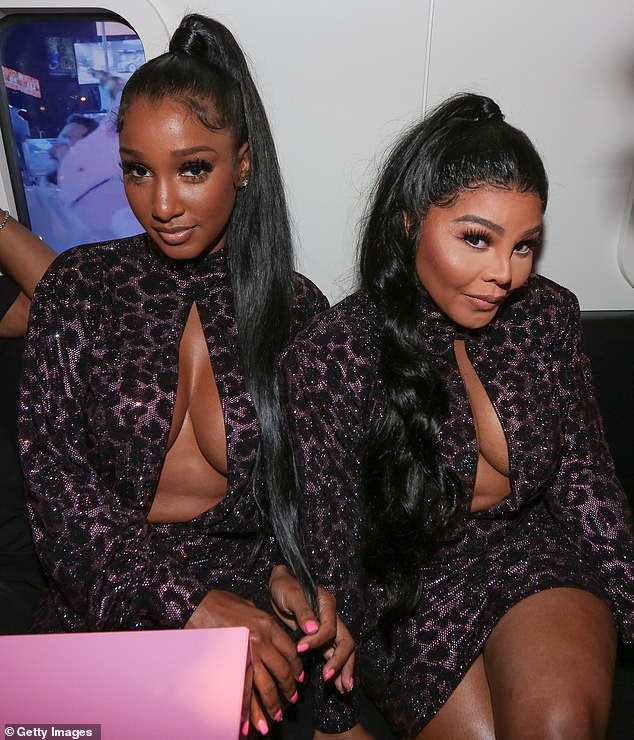 Double trouble: The musician had a fabulous time on the night as she partied up a storm with model Bernice Burgos who wore a dress in the same fabric 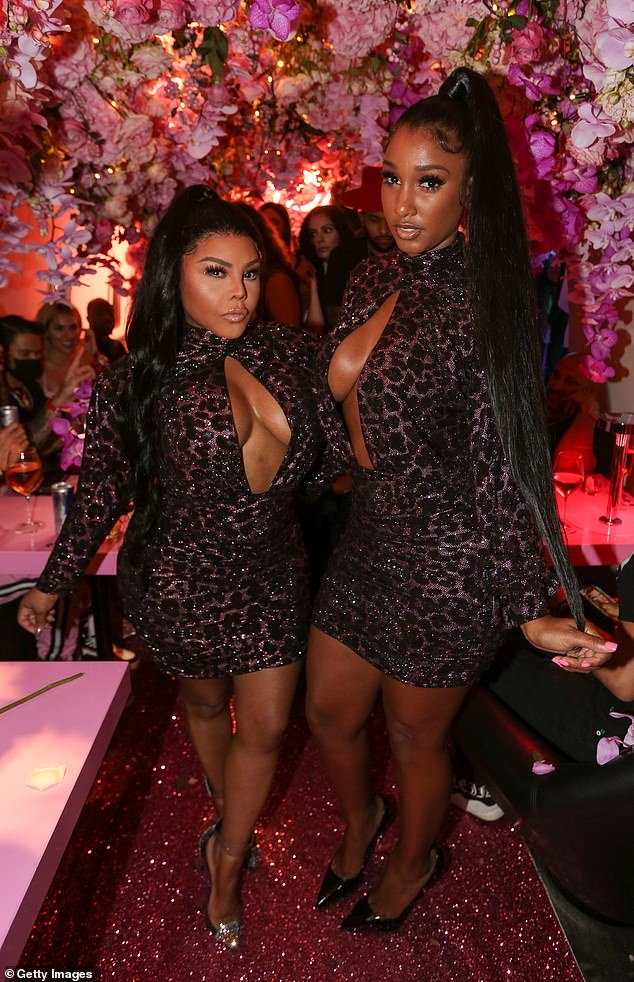 Having a fab time: The ladies looked fantastic in their co-ordinating outfits

She told BET: ‘We’re gonna do a tour together y’all. A first ladies tour…I’m putting it out there in the universe.’

Tour dates for the collaboration are yet to be announced.

In a 2005 interview with popular radio host Angie Martinez, Lil’ Kim, born Kimberly Denise Jones, revealed that she went under the knife after an abusive boyfriend broke her nose – and insisted that she was unfazed about the speculation over her changing looks.

Doing what she does best: She took to the stage with her microphone in hand

She said: ‘It don’t bother because I’m beautiful. I love myself! There’s certain things that I think I was obsessive with that I think I’ll always have time to fix, or whatever.

‘But the thing is, people think I did it because I had low self esteem but that wasn’t the case.

‘I think I did it because I was a little too vain, trying to be perfect. I’m a perfectionist… It teaches you a lesson, too. You’ve got to pull back from certain things.’ 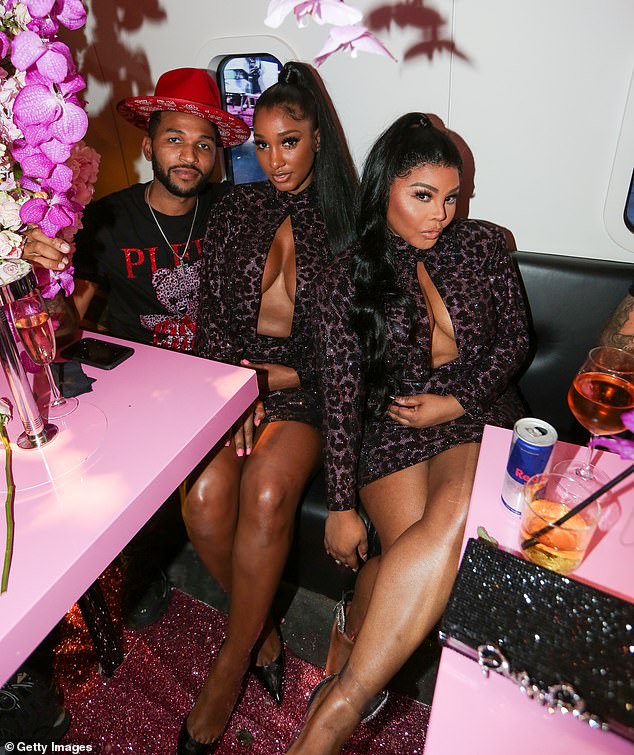 Iconic: Kim is set to go on tour with Faith Evans but the date is yet to be confirmed 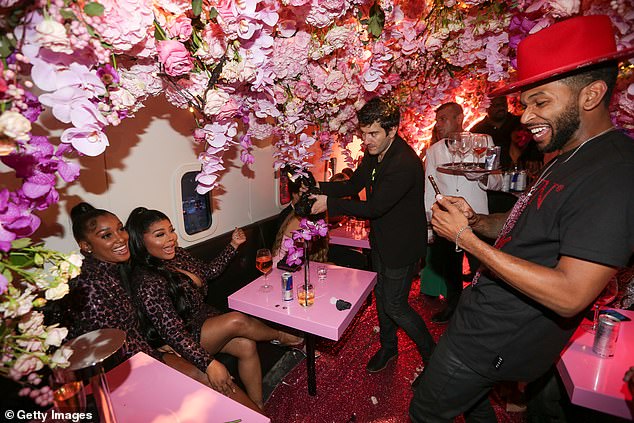 Stunning: Their pals were snapping lots of pictures of them on the night as they posed under a pretty floral arch