They tied the knot earlier this month in a romantic beach side ceremony in .

Yet despite looking picture perfect for the big day, Joel Dommett and Hannah Cooper revealed there was some drama behind the scenes.

The newlyweds joined their best man Steve Dunne to spill all the gossip about the ceremony in an episode of . 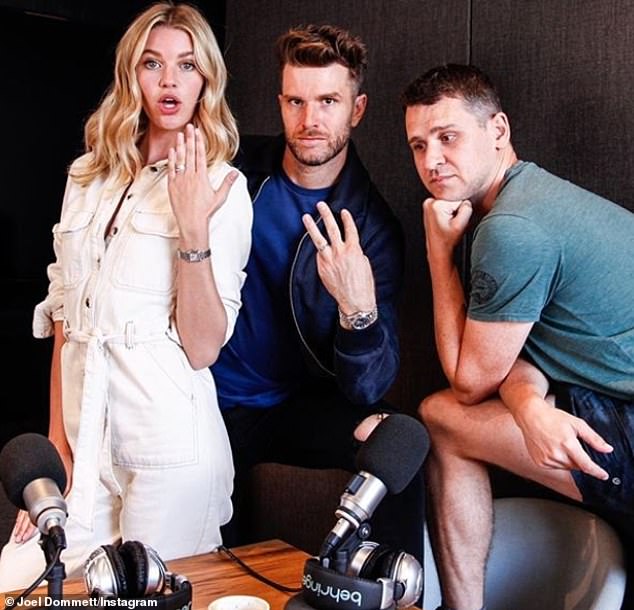 Jump into style like Hannah in a Topshop boiler suit

Joel and Hannah began the chat with a shocking revelation by best man Steve, who revealed that a group of German tourists had attempted to crash their big day.

The couple wed on a hotel’s private beach, meaning it was out of use for the day, but a family of guests took issue with the closure, and insisted on settling down on the shore, much to the wedding guests’ shock.

Steve recalled: ‘A family turned up at the hotel and went to the beach and they kicked off [at the closure] they couldn’t believe it and went down there… the hotel said there’s nothing we can do. I just went mental!’

Luckily, the family left the beach with moments to spare so that Hannah and Joel, and their 27 guests, were able to enjoy the ceremony in peace.

With the ceremony going smoothly, it was the reception that got everyone going, with Joel confessing the party was still going at 4.45am.

He admitted: ‘I was in my boxer shorts dancing’.

Hannah added: ‘It was a classy affair, but it did end up with everyone [in underwear]’. Discussing Joel and the groomsmen, she added: ‘You all had black boxers on, you looked like a little dance troupe.’ 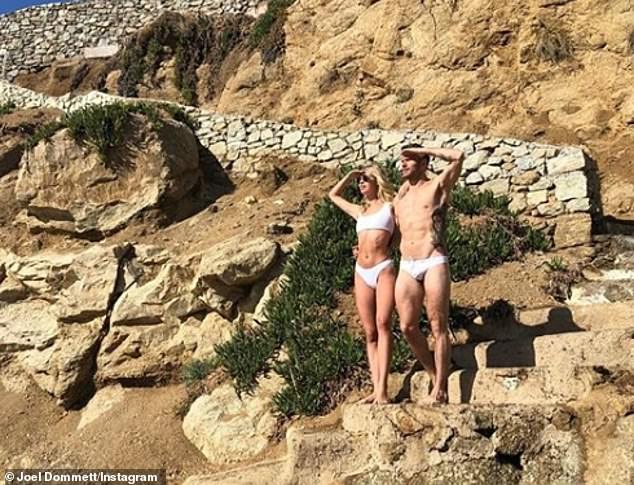 Loving life: Although the ceremony went smoothly, it was the reception that got everyone going, with Joel confessing the party was still going at 4.45am with most of them in underwear

The blushing bride stayed in her gown for the reception, but admitted she ruined it by dancing on the beach all night.

Hannah confessed: ‘My dress came back the colour of s**t, it’s disgusting’, as Joel confirmed ‘It came back completely brown. Entirely brown’.

It appeared everyone was living carelessly on the night, with Joel revealing the guests were taking turns to jump off cliffs into the sea, musing: ‘I cannot believe nobody died!

‘We had such a good time, it was the best time’. 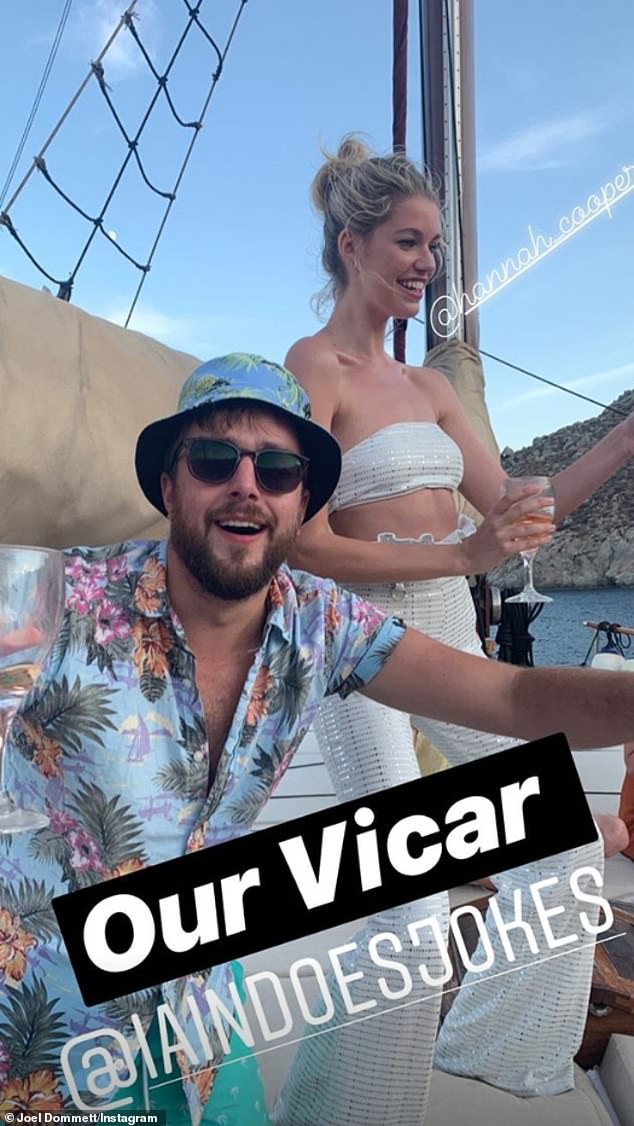 Oops: The blushing bride stayed in her gown for the reception, but admitted she ruined it by dancing on the beach all night (pictured the next day with Iain Stirling who officiated)

The couple had previously been tight-lipped about their wedding plans, although Joel previously stated that it would be a relatively small and intimate affair.

Joel and Hannah announced their engagement in December 2017 after a year of dating, and in May of this year the couple confirmed that they had purchased their first house together.

Joel announced his engagement to the model last year.

On an episode of Loose Women, Joel revealed it was more love at first screen than sight, as he met the gorgeous blonde model on Instagram.

He admitted it was a rocky road before he finally found The One, and it took an exchange of emojis to spark the beginnings of his and Hannah’s relationship.

Joel divulged: ‘She sent me an emoji with a cat with the heart eyes, and that was it.’

‘I’ve been burned online with relationships before, but we met up and got on really well and went on a super first date. Now on every anniversary we replicate our first date.’ 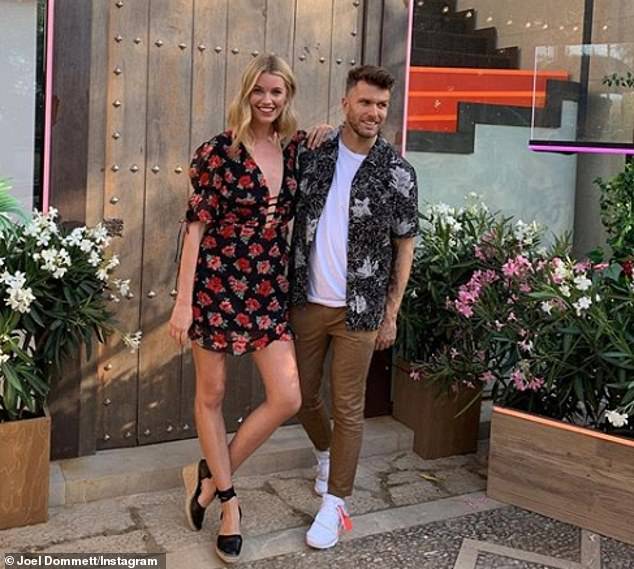 Cute couple: Joel and Hannah announced their engagement in December 2017 after a year of dating, and in May of this year the couple purchased their first house together

Celebs On The Farm: Megan McKenna trolled for declaring she'll by no means eat lamb once more
I'm A Celebrity: Emily Atack cheers as she touches down in Australia ahead of jungle stint
John Barrowman hounded by viewers for slipping into Scots accent during interview with Lorraine
Dilruk Jayasinha asks for work on stage at the Logies
Gogglebox's Sarah Marie Fahd flaunts her burgeoning belly in a maroon two-piece on her babymoon
Richard Gere and wife Alejandra are 'expecting their second baby'
Love Island 2020 FIRST LOOK: Singletons strip to their UNDERWEAR in raciest trailer yet
Sport Relief 2020: Line of Duty fans finally discover the true identity of 'H' in spoof