Singer Aaron Carter said he is done with his brother Nick after the Backstreet Boys singer obtained a restraining order against him on Tuesday, claiming Aaron openly fantasized about killing his wife and unborn child.

‘So my brother just got a a restraining order against me. And I was just served lol,’ Carter, 31, tweeted Tuesday, adding he hasn’t seen Nick in four years and doesn’t intend to in the future. ‘Take care. @nickcarter we’re done for life.’

According to , Aaron is ordered to keep at least 100 feet from Nick and his family, as well as other relatives, many of them based in . 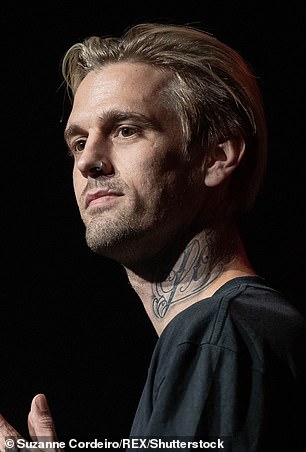 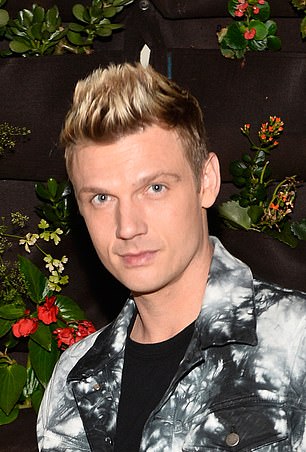 The latest: Singer Aaron Carter, 31, said he was done with his brother Nick, 39, after the Backstreet Boys singer obtained a restraining order against him on Tuesday, claiming Aaron openly fantasized about killing his wife and unborn child

Nick, 39, on Tuesday took to Twitter with a message about the legal move he made, and his rationale for doing so.

‘After careful consideration, my sister Angel and I regret that we were required to seek a restraining order against our brother Aaron today,’ Nick wrote, saying that the move was done ‘in light of Aaron’s increasingly alarming behavior and his recent confession that he harbors thoughts and intentions of killing my pregnant wife and unborn child.’

He said he and his sister ‘were left with no choice … but to take every measure possible to protect ourselves and our family.’

Nick said that he loves his brother and ‘truly hopes he gets the proper treatment he needs before any harm comes to himself or anyone else,’ adding the topical hashtags #mentalhealth, #guncontrolnow and #guncontrol to the end of the post. 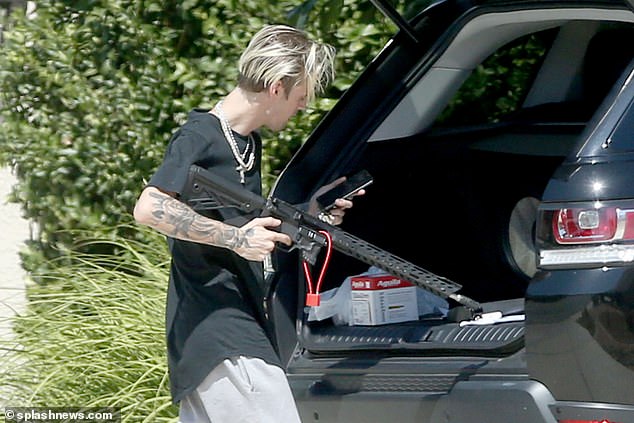 Armed: Aaron was snapped toting a rifle in his native Lancaster, California earlier this month 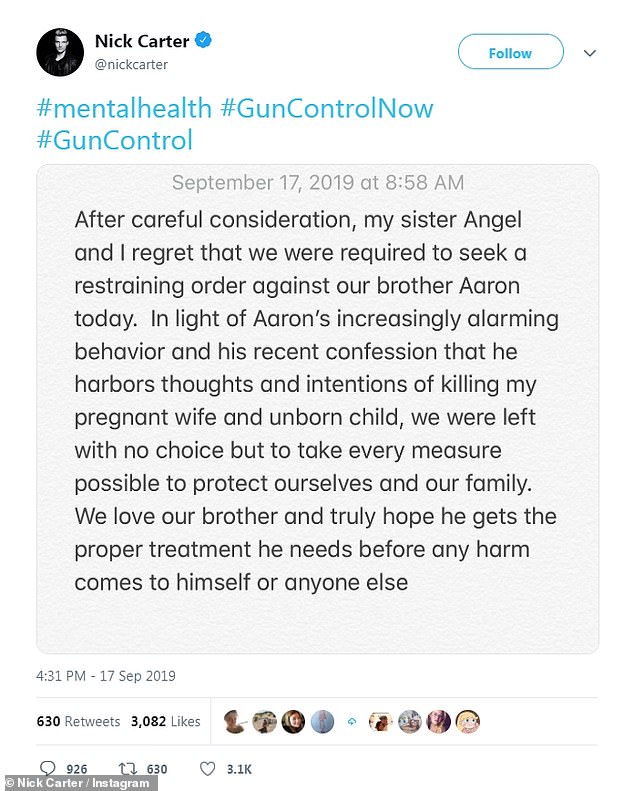 Aaron denied the accusations and said they were a larger part of a family scheme to have authorities hold him on mental health concerns.

‘I am astounded at the accusations being made against me and I do not wish harm to anyone, especially my family,’ the St. Petersburg, Florida native said. ‘I never threatened anyone. I’m appalled by this and don’t ever wish to speak to them again.’

The Sooner or Later singer made clear he’s looking to sever ties with his relatives amid the discord.

‘All I ask is for my family to leave me alone. This is blood. Not love,’ Aaron said. ‘I will never be around you and I don’t want to be around you. I am the one who said I’m done then you send me this!? Ok.

‘Stop trying to get me 5150’d before I file a harassment suit myself nick I have the $.’ 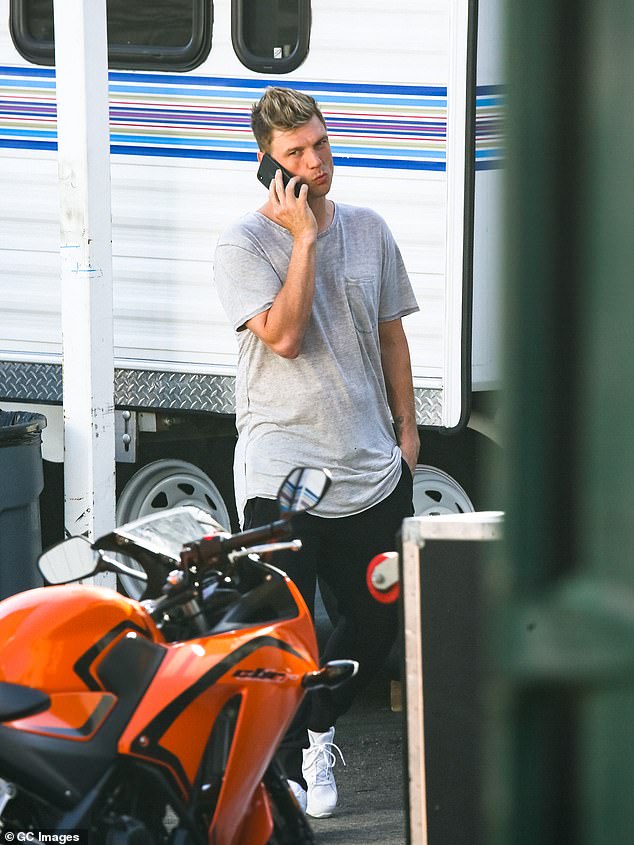 Speaking out: Carter denied posing any threat to his relatives, and vowed he was done with his brother Nick

The Saturday Night artist wasn’t to afraid to air dirty laundry, touching on the family finances and other unrelated matters regarding Nick.

Amid the turbulent time, Aaron vowed to stay focused on his work and not let external factors get to him.

‘I’m not taking a break from ANYTHING,’ he said. ‘I’m going to do ALL of my shows on holds and booked and continue striving and being the best man I can be.’

Aaron has past opened up on social media about the collection of firearms he owns, including as a handgun, two assault rifles.

He’s been visited at his Lancaster, California home by authorities as recently as Sunday, when he told that police – possibly alerted via a welfare check request from relatives – sought to put him on a 5150 psychiatric hold amid questions about his mental heath in the wake of a disconcerting appearance on the TV show The Doctors, and his aforementioned weapon collection.

On the show, Aaron detailed a number of health issues that could play into his future ownership of the firearms under a state law titled the Gun Violence Restraining Order. He told Tuesday that he feels he is mentally fine, and wishes his relatives would leave him be.

A hearing to determine whether or not the restraining order should be made permanent is slated for October 16.

12 Folks Whose Lives Had been Shook by 23andMe
Mel B excitedly celebrates divorce to Stephen Belafonte
Meryl Streep lists four-bedroom luxurious New York Metropolis penthouse with gorgeous views for $24....
Alex Gerrard exhibits her toned legs in thigh-skimming minidress at documentary launch
Charlotte Crosby rocks thigh high leather boots and jumper dress as she enjoys a night out
Tammy Hembrow's son Wolf poses for an adorable snap after he complained about her 'constant selfies'
Former Hollyoaks star Jazmine Franks has shed a stone after fitness transformation
Cheryl makes a bold style statement as she mans the phones at the annual BGC charity day