The television host, 54, scolded the singer, 52, after she revealed her friends joke about her making a single called ‘Nothing Compares 2 U, you b*****d’ during an interview on the ITV1 breakfast show.

Although the musician’s quip sent Piers and co-presenter Susanna Reid, 48, into a fit of laughter, Piers aplogised for the blunder, telling her: ‘Sinead, you’re on breakfast telly you can’t say things like that!’ 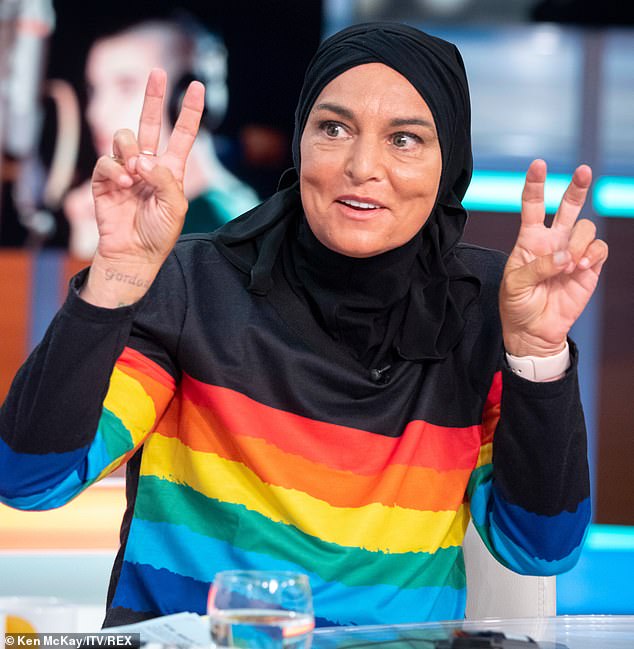 Susanna jumped to her defence, saying: ‘But it’s Sinead O’Connor!’ after the singer herself said ‘but it’s a legal word’.

‘Yes, but you’re not allowed. We’re very, very civilised on this programme,’ Piers added jokingly, before Susanna reminded him that he dropped a clanger that same day.

She said that just after 6am the host said something ‘a little inappropriate on air’, refusing to repeat his words, which were ‘tough t****.’

He replied: ‘Really? Well, if it falls to me to get Sinead O’Connor to behave herself, then so be it.’ 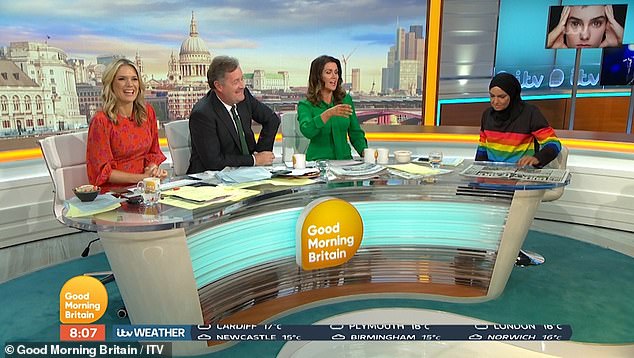 Blunder: The television host, 54, scolded the singer, 52, after she revealed her friends joke about her making a single called ‘Nothing Compares 2 U, you b*****d’

The broadcaster used the word himself in a TV awards speech last week after losing out to This Morning for the Best Daytime Show prize for the fourth year in a row.

In his non-televised speech, he initially congratulated his ITV colleagues Holly Willoughby and Phillip Schofield, saying: ‘Love you so much.

‘Actually I don’t love you I hate you, you snivelling little b*******. Every time we come to these things I am told it’s our time.’

And then things took a decidedly more cheeky turn as Piers joked: ‘It’s never our time, it’s always their time, f*** you and f*** your awards.’ 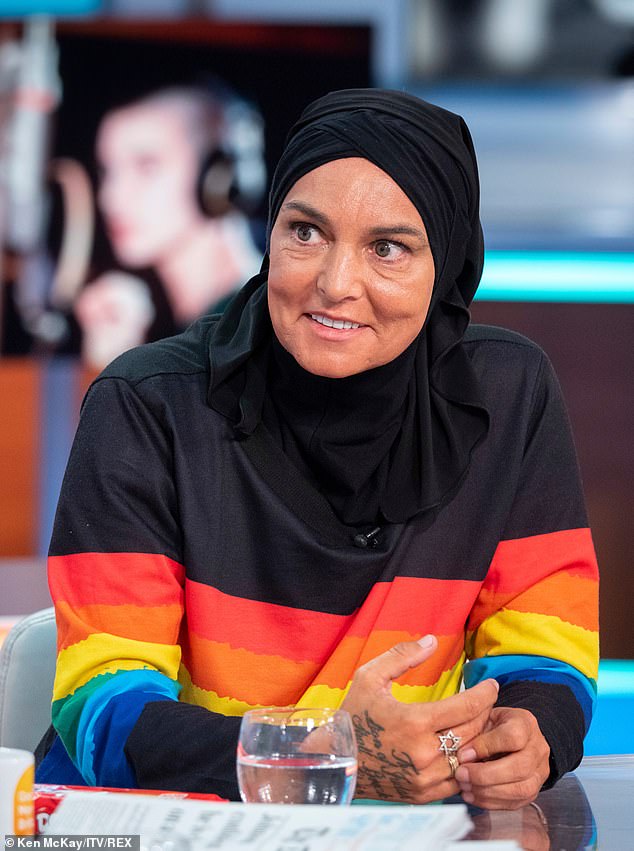 Debate: Although the musician’s quip sent Piers and co-presenter Susanna Reid, 48, into a fit of laughter, Piers aplogised for the blunder

Sinead belted out a powerful rendition of Nothing Compares 2 U on Monday morning’s show and told of her rocky history with late pop icon Prince.

Piers also asked her whether or not she had ever met Prince after she enjoyed such success with his song.

‘We did meet once but we didn’t get on. It was a very frightening experience actually, he summoned me to his house one night and I foolishly went alone,’ she said, explaining the encounter.

‘He summoned me there because he was uncomfortable with fact I wasn’t a protege of his. 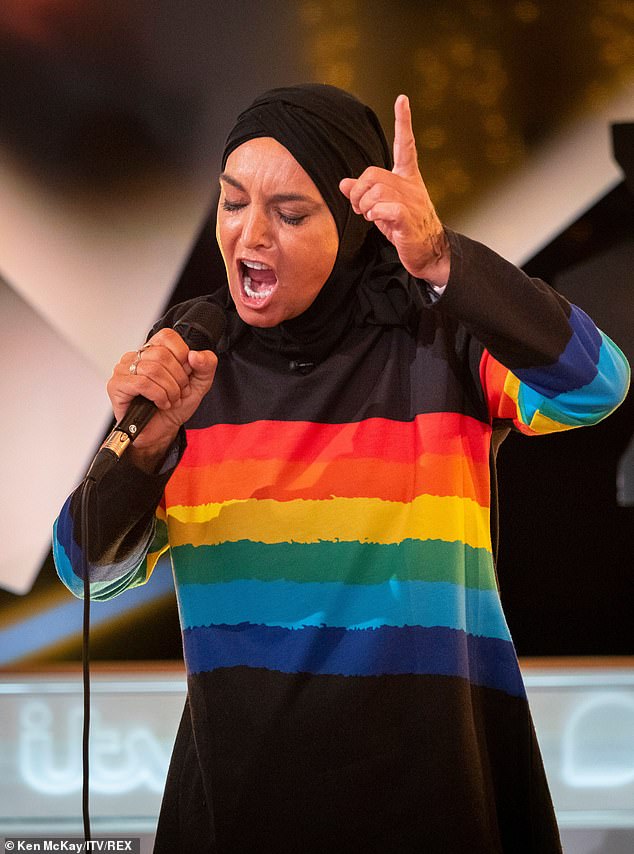 History: Sinead also belted out a powerful rendition of Prince’s Nothing Compares 2 U on Monday morning’s show and told of her rocky history with the pop icon

‘He ordered me that I don’t swear anymore in interviews, of course Irish people swear a lot, I told him where to go and he went for me.

‘I ran out of his house, I’m hiding behind a tree, he’s going this way in his car, I’m spitting at him and he’s trying to punch me then I went to ring a doorbell.’

The star said she believes Prince’s alleged behaviour was the result of him taking ‘some pretty dark drugs’, going on to accuse him of being violent to ‘plenty’ of other women.

Prince died of an accidental drug overdose in April 2016.

Sinead also said that his song reminds her of her late mother, who died in a car crash when the star was just 18.

She said: ‘It’s very hopeful, isn’t it? He intends to get her back. I love it. I always think of my mother when I sing it. People have all kinds of associations with the song but for me it’s about my mother.

‘She died in a car crash when I was very young, when I was 18. I close my eyes and sing and that’s the time I get to spend with my mother.

‘I would say she’s very proud. Herself and my father were amateur singers. It’s really down to her and my father that I became a singer.’

Sinead revealed her conversion to Islam on Twitter in October last year saying that turning to the religion is ‘the natural conclusion of any intelligent theologian’s journey’.

She added: ‘All scripture study leads to Islam. Which makes all other scriptures redundant.’

Since her conversion, the musician has changed her name to Shuhada’ Davitt. 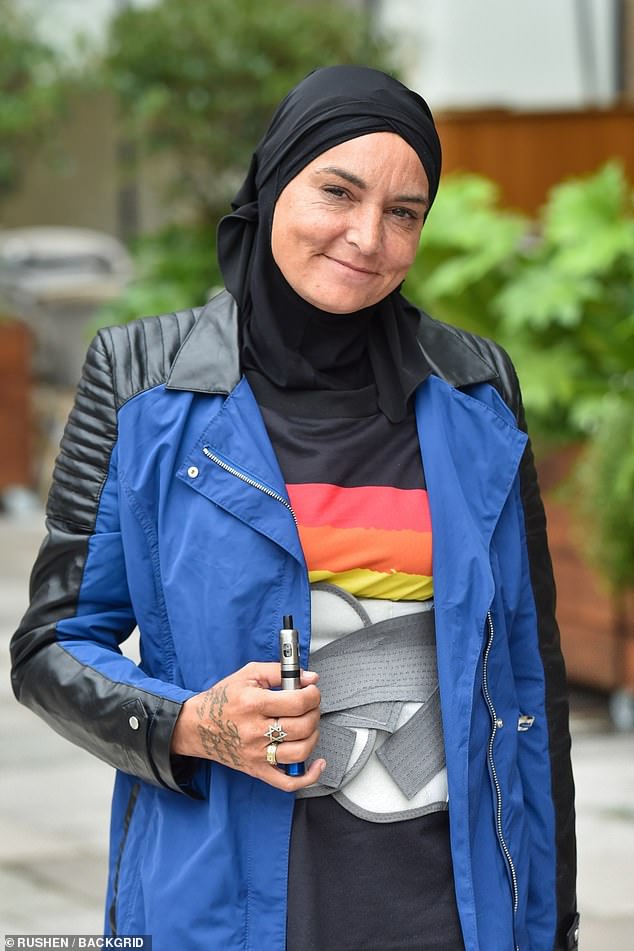 Glowing: The singer converted to Islam and changed her name to Shuhada’ Davitt last year