Residents in million-pound houses in a development built by Kevin McCloud’s troubled housing firm have complained that two years after it was due to be finished the site is still covered in scaffolding, with unfinished pavements and no street lighting.

HAB Housing, founded by McCloud, promised eco-friendly developments in Winchester and Oxford would be finished by 2017.

But yesterday the Winchester location still has a building site with temporary toilets where the development promised a wildflower meadow and children’s play area.

One woman complained she was informed just last week her bathroom floor would have to be ripped up and leaky pipes relaid.

Another said the plumbing was so bad her toilet backed up and overflowed on Christmas Day. 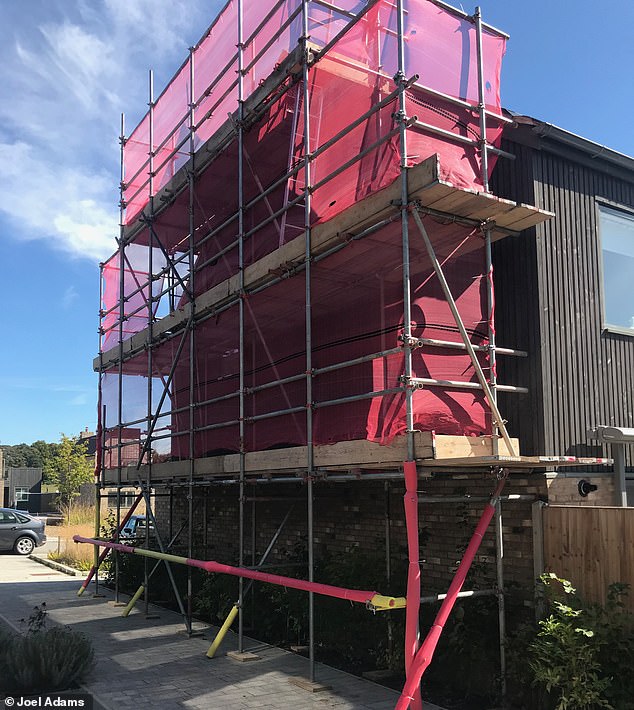 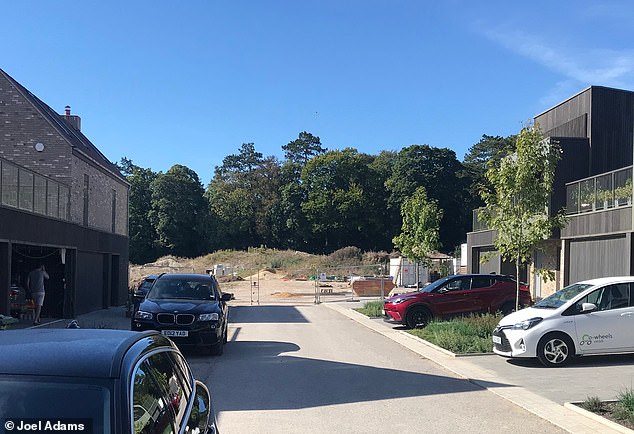 The plans promised a children’s play area and wildflower meadow would complete the rural development: but two years on it is still a building site 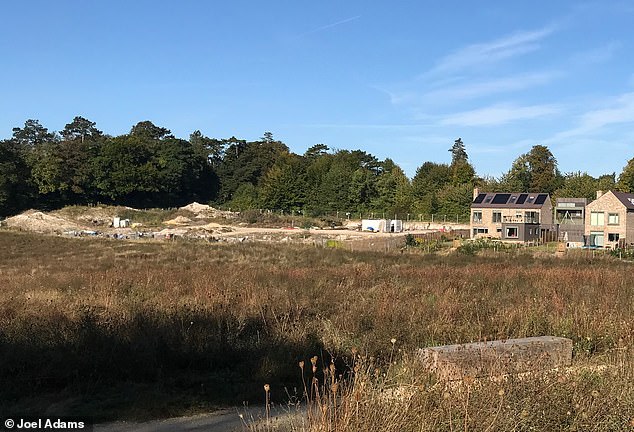 Meanwhile last week troubled sister firm HAB Land Ltd – which this summer warned its hundreds of small investors their money might be worth as little as three pence in the pound – had an attempted financial restructuring rejected by angry bondholders.

HAB Land asked its 2017 cohort of five-year investors for permission to hang on to their money until 2024 and pay zero interest – rather than the eight per cent they promised.

But Investors said no, and now the company – which has already massively written down the value of its investments – looks to be in very significant trouble.

Yesterday a resident in one of the most exclusive properties in the Winchester development, who preferred not to be named, said: ‘It’s like Fawlty Towers, it’s comical how terrible they are.

‘If I didn’t like the house, I think I’d be six feet under with the stress. 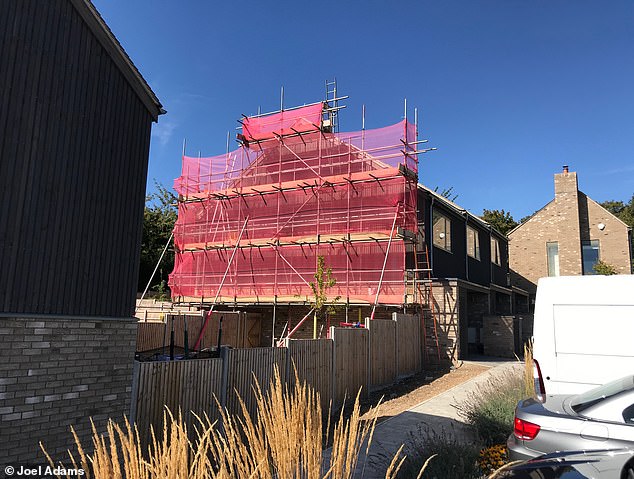 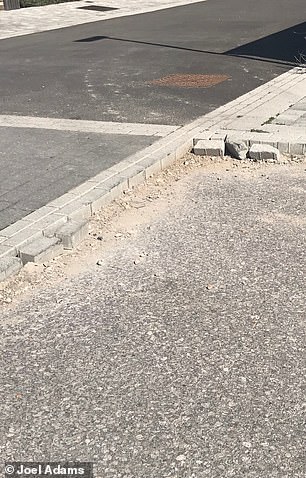 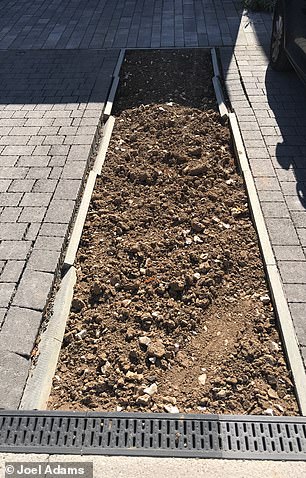 Underfoot brickwork and paving slabs are unfinished, planting beds lie empty and there are no street lights on the development 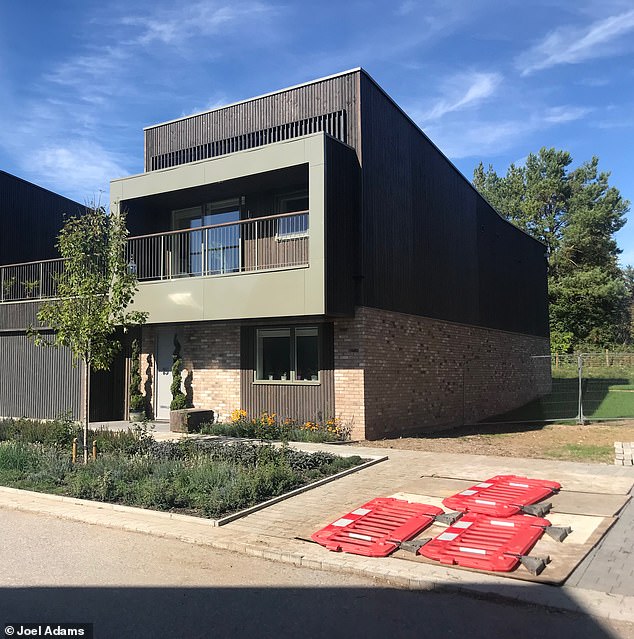 ‘I’m a million-pound customer, but they’ve cancelled meetings with me at the last minute. It was supposed to be finished in 2017 but it’s still not finished.

‘There are still cracks that aren’t filled, there are leaks in the kitchen. I haven’t got a building certificate.

‘My daughter was in the garden and a roof tile fell down and missed her head by inches, a roof guy came and said he could see four or five that hadn’t been secured properly.

‘The smells can be really bad – it often smells of sewage but last Christmas Day the toilet backed up and overflowed. It was disgusting.

‘When we have bad weather we all huddle in the house and joke we don’t know whether the house is going to crumble around us.’ 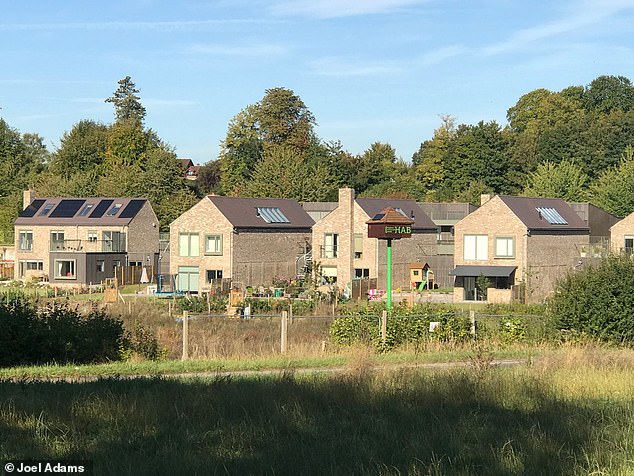 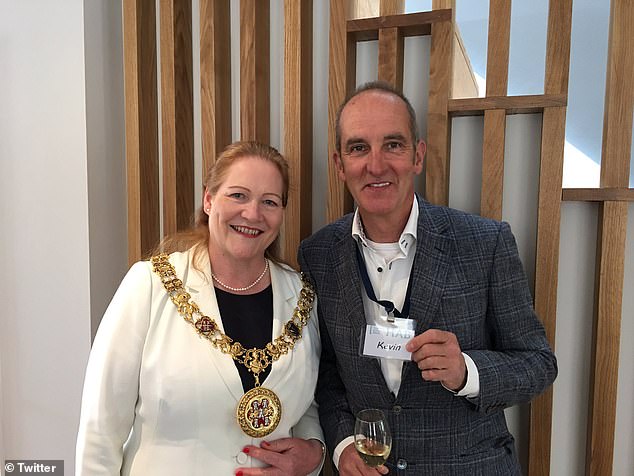 Kevin McCloud with the Mayor of Winchester, 2017, opening the development in Kings Worthy 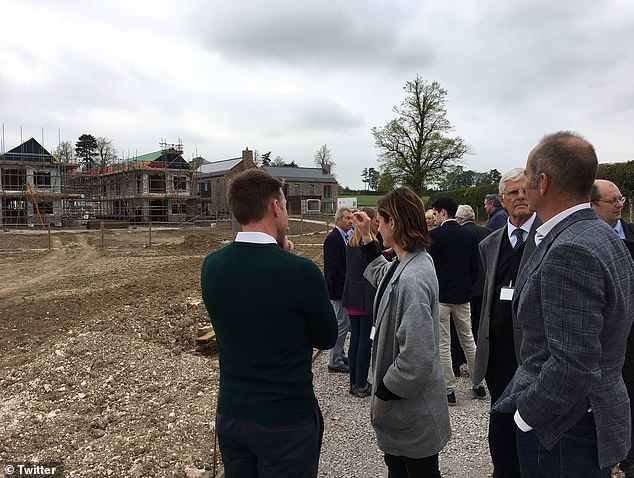 ‘They keep saying they haven’t got any money’: How HAB Land Ltd’s financial woes keep getting deeper

When HAB Land Ltd wanted to raise capital in 2017 it issued a ‘mini bond’ to small investors, who put in anything from a few thousand pounds to £200,000.

Mr McCloud personally encouraged investors to part with their money, writing the bond would: ‘directly fund our schemes and yield healthy returns that are economic, social and environmental.’

He added: ‘I really hope you feel excited to join us on that adventure.’

The five-year bond promised annual returns of eight per cent.

But in August the company wrote to propose a restructuring which would prevent any investor receiving an interest payment or cashing out any money until 2024 at the earliest.

The company also warned investors: ‘After final completion of the projects … the net return available to bondholders would be expected to range from £606,000 (best case) to £69,000 (worse case) which, in each case, is equivalent to 26 pence and 3 pence for every £1 of bond monies invested’.

It means investors stand to lose between 74 per cent and 97 per cent of their capital.

HAB promises to build eco-friendly environmentally friendly homes and the houses have solar panels on their roofs, but the Kings Worthy resident said the house had been so badly designed, with glass walls creating a greenhouse effect, that many rooms were like ‘a sauna’ in the summer and she had had to install air conditioning.

Dozens of residents on the site have tales of woe, she said, adding: ‘One neighbour told me he heard a crash in the middle of the night and when he came out the metal lintel over the door had fallen down because it wasn’t screwed in.

‘One house had to have their chimney moved because it couldn’t support an actual fire.

‘All the houses have had all the wooden cladding taken off the sides because it wasn’t fire proofed correctly.’

Her neighbour Kerry Rolfe, who moved in early 2018, said: ‘There have been loads of problems and loads of issues and now I’ve been told they’ve got to dig up the floor of my bathrooms because the pipes weren’t laid right.

‘They’ve had to rip off the cladding on the sides of the houses, after a building inspector came, after Grenfell Tower.

She added: ‘Kevin McCloud shouldn’t be on television – we saw the new series and just thought what a joke, we’re really p***ed off.

‘He continues with his normal life, making his TV show but he’s left everyone here in a mess.’

Resident Nosa Obadigie, 38, said: ‘There’s been problems in the whole building. The doors are not the right size, the doors don’t close.

‘I’d say to Kevin McCloud – what have you spent all our money on? For a new build, it’s annoying.’

His neighbour Hannah Sinclair said: ‘It’s been disappointing and stressful. It’s a lovely house but we’ve had walls taken down because of damp and there are sewage smells in the bathroom still.’ 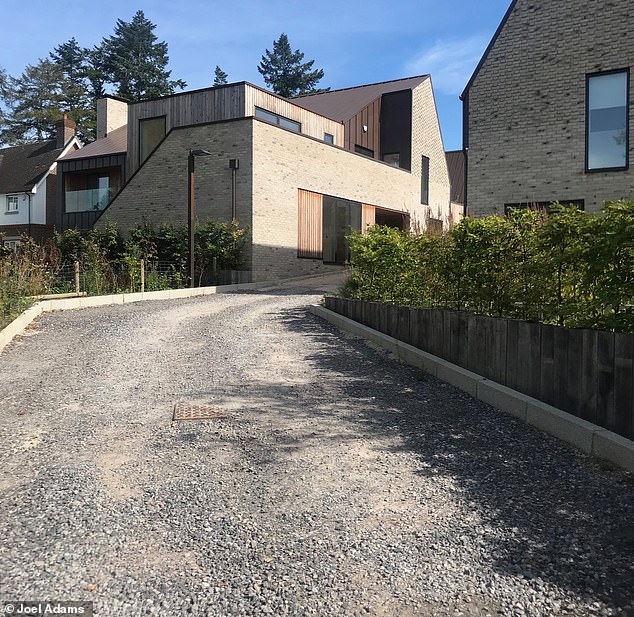 At the company’s Oxford development in Cumnor Hill one resident who paid £1.4m for her house said the driveway remained unfinished two years later

The HAB development in Cumnor Hill in Oxfordshire was also supposed to be finished in 2017, but yesterday one resident who paid £1,400,000 for her home said she had been waiting two years for a driveway.

Kinuko Sutch said: ‘We have not had the drive or the pavement done and they should be finished. They keep saying they don’t have money.’

She said the large properties still don’t have fences between their gardens, two years after she moved in, adding: ‘They keep saying the same story – that he’s a good guy and he knows what he’s doing.’

In 2007 McCloud founded development firm HAB (Happiness Architecture Beauty), saying ‘HAB’s mission is to make homes that lift the spirits, that are a pleasure to live in and a joy to behold.’

The company’s website claims it was set up ‘to challenge the way identikit volume housing was built in the UK’, and the company has expanded rapidly with developments across the country.

But bond holders in both HAB Housing and HAB Land have been warned ‘the numbers are very serious’.

Mr McCloud remains a significant shareholder in the HAB network of companies, remains a director of HAB Housing, and owns 20 per cent of HAB Land’s new parent company, BAH Restructuring.

A spokesman for HAB said: ‘The Directors of HAB Land Limited are disappointed to report that the recent vote put to Bondholders did not pass.

‘We continue to explore and evaluate all options with our professional advisers. The Directors cannot comment any further until a final decision is made.

‘With regard to our Lovedon Fields development, understandably, we have been prioritising works on the houses of our homebuyers which we have been diligently undertaking.

‘Throughout this process, we have been in continual dialogue with our homebuyers, the parish and city councils, and other stakeholders with frequent updates on progress and planned activities.’