has raged at her sister for saying she didn’t like the name Psalm.

The reality star, 38, hit out at the supermodel, 23, after she gave an interview last week in which she admitted she ‘didn’t care for’ the moniker Kim and husband , 42, gave to their four-month-old baby son.

Speaking during an appearance on an appearance on Live! with Kelly & Ryan on Friday, Kim joked: ‘So I saw this interview that Kendall did on Fallon, and I was like, “Excuse me! First of all, say it to me first; don’t say it on TV!”‘ 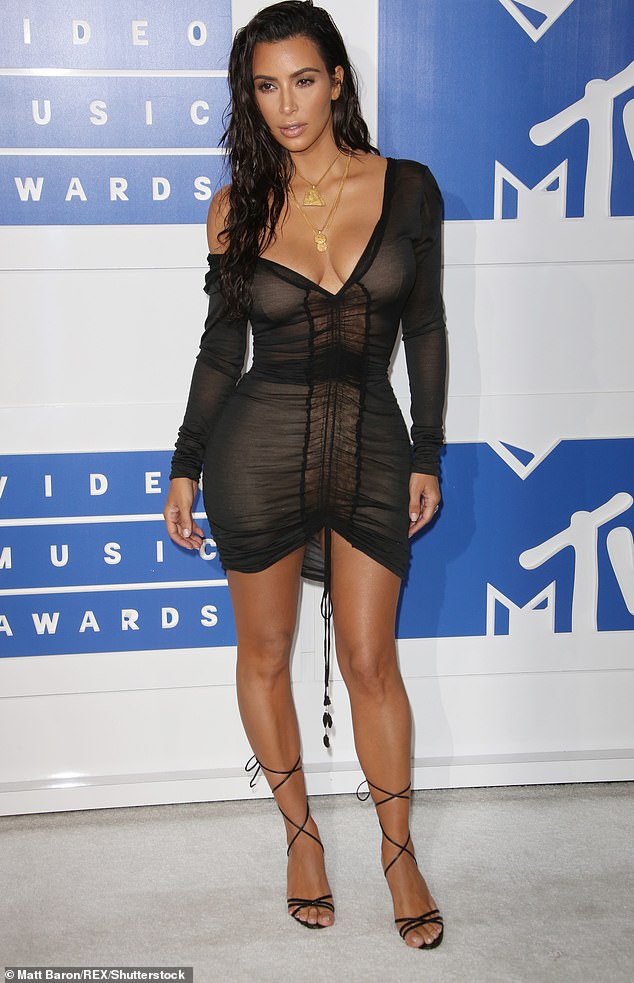 ‘Say it to me first!’ Kim Kardashian, 38, has raged at her sister Kendall Jenner, 23, for saying she didn’t like the name Psalm

The beauty mogul went on to explain the naming process, and said both Kendall and younger sister Kylie, 22, were heavily involved in the decision.

While Kim and Kylie were ‘really vibing’ on the name Psalm, the mother-of-four admitted Kendall wasn’t so keen.

‘We had like an hour. I woke up in the morning and Kanye was really busy working, but I knew our list. So I called my sisters and Kendall was available, so I said “Come over now, you’re not leaving the house until we’ve got the name”. 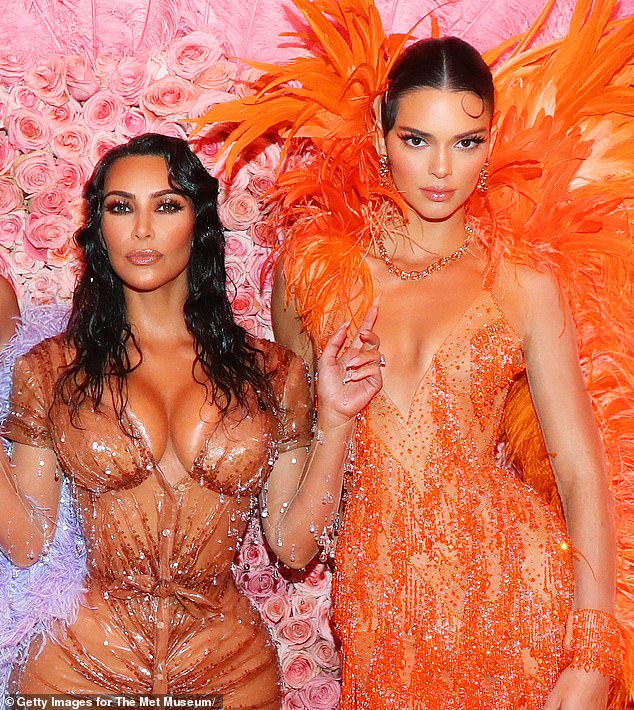 Not happy: The star hit out at the model after she gave an interview in which she admitted she ‘didn’t care for’ the moniker Kim and husband Kanye West gave to their four-month-old son 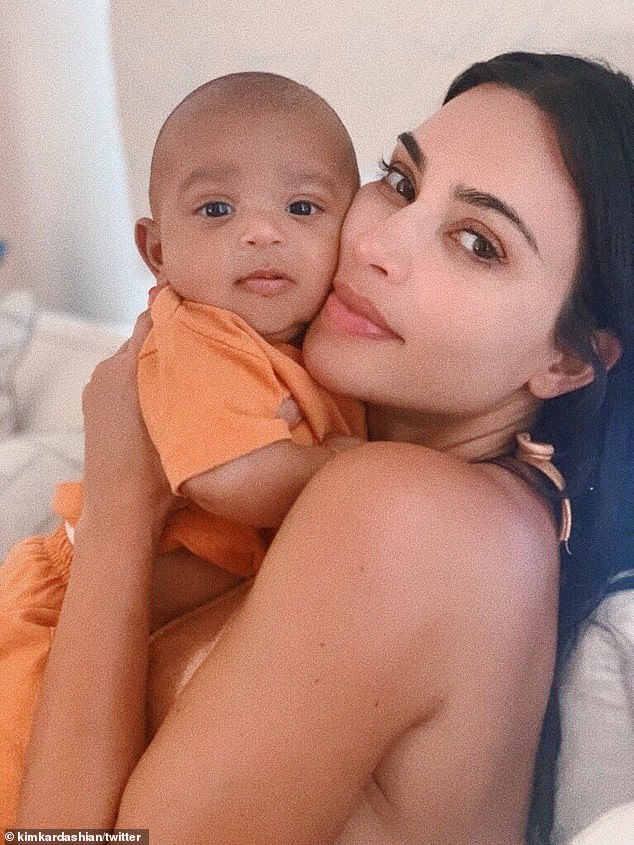 Family input: The beauty mogul went on to explain the naming process for sweet little Psalm, and said both Kendall and younger sister Kylie, 22, were heavily involved in the decision

Kim further detailed what happened behind-the-scenes of Psalm’s naming process at her home.

‘Kylie and I were vibing on the same name. Kendall and I were screaming out every name, like “Psalm, get over here!” as practice. I was driving her crazy, so I said “Let’s take a break, let’s watch a movie, let’s get our nails done”.

The famous reality star then added: ‘Kylie and I really vibed on the name, so I think Kendall was more mad that she was left out and was hating on Fallon. She loves the name!’

In an interview on The Tonight Show earlier this month, Kendall revealed she ‘didn’t care for’ the name of Kim and Kanye’s fourth child.

The catwalk queen explained: ‘Kim, like, made me come to her house and, like, help her pick a name. 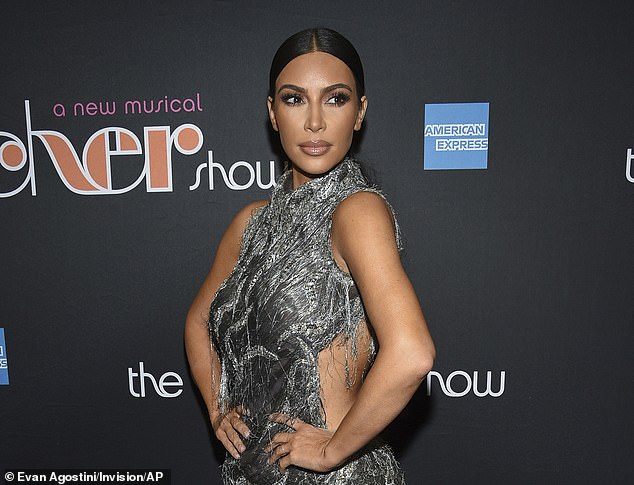 ‘She’s just mad!’ While Kim and Kylie were ‘really vibing’ on the name Psalm, the mother-of-four admitted Kendall wasn’t so keen 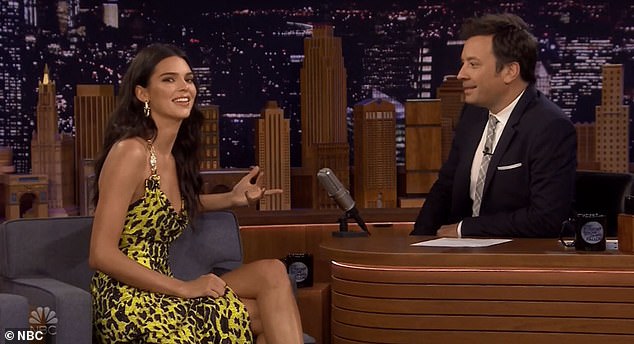 ‘Went for a name I didn’t even like’: In an interview on The Tonight Show earlier this month, Kendall revealed she ‘didn’t care for’ the name of Kim and Kanye’s fourth child

Keep up with Kendall in a leopard print dress by Versace

Kendall Jenner made a very stylish appearance on The Tonight Show Starring Jimmy Fallon, and we wouldn’t expect anything less from the supermodel!

Opting for a floor-skimming dress by Versace, we are swooning over the bold yellow hue, trendy leopard print and snazzy chain strap.

Sadly this dress hails from the Resort 2020 collection meaning it’s not yet available to shop, but click (right) to check out their current collection. Or why not go wild for the leopard print alternatives we’ve lined up for you in the edit below. Missguided, Whistles, Warehouse and Alex Perry all have dresses that will do the job.

Make sure you style yours with Stuart Weitzman heels to keep up with Kendall!

‘And, like, it was this whole thing. She would not let me leave the house until we figured out a name. And then [she] ended up going with a name that I didn’t even, like, that I didn’t care for as much. I think they were all really beautiful, but I was kind of rooting for another name.’

Meanwhile, speaking further of her brood’s unique names, Kim said on Live! with Kelly & Ryan: ‘With North, I didn’t name her for three or four days. I looked at her and said a prayer with her and said, “I pray to god you can handle you name”.

Speaking of the days after she revealed North’s name, Kim explained: ‘It was really emotional for me.

‘There was a whole bunch of different responses, but she is so her name! There would be no other name for my baby but North, you really become your name.’

Kim and her sisters are currently starring in the seventeenth season of their hit reality show, Keeping Up With The Kardashians. 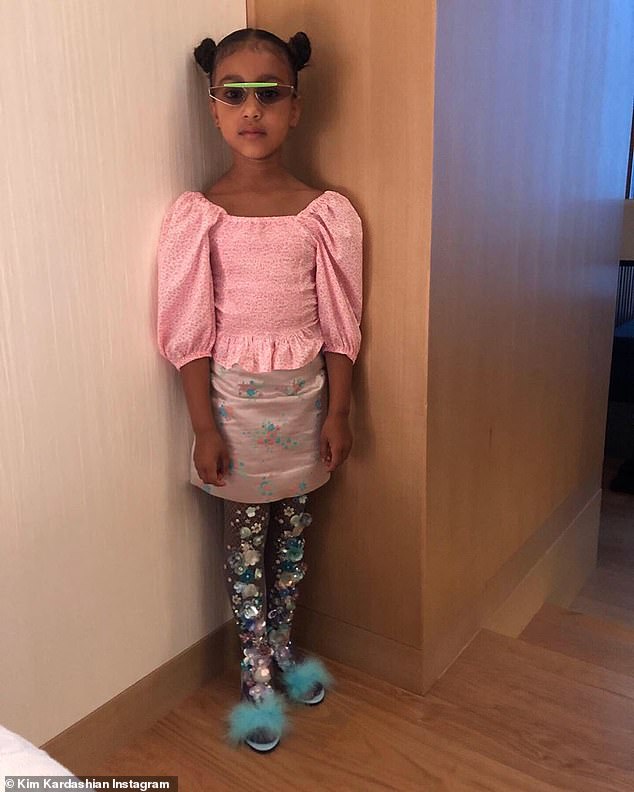 ‘She is so her name!’ Meanwhile, Kim spoke further of her daughter North’s unique name on Live! with Kelly & Ryan