questioned Michael Gove’s mental health and suggested he was ‘a bit cracked’ after the Tory minister betrayed him during the 2016 Tory leadership race, the latest extracts of ‘s memoirs have revealed.

Mr Gove famously sabotaged the current Prime Minister’s leadership bid in 2016 by launching his own rival campaign, forcing Mr Johnson to pull out.

According to Mr Cameron, then-Chancellor celebrated Mr Gove’s betrayal, saying: ‘We’ve taken Boris out, now on to Port Stanley!,’ a reference to the Falklands War.

Mr Cameron also worked behind the scenes to help win the contest to replace him, the extracts published by The Times reveal.

The former Prime Minister has already accused both Mr Johnson and Mr Gove of behaving ‘appallingly’ during the referendum campaign. 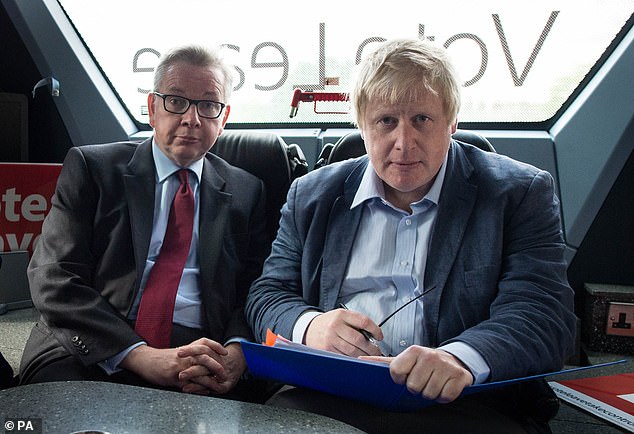 Boris Johnson questioned Michael Gove’s mental health and suggested he was ‘a bit cracked’ after the Tory minister turned on him during the 2016 Tory leadership race (they are pictured together that year), the latest extracts of David Cameron’s memoirs have revealed 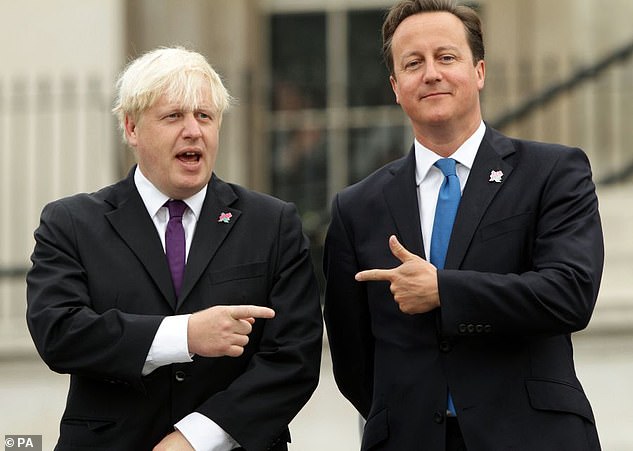 David Cameron has already taken aim at Boris Johnson (pictured together in 2015) and Michael Gove, accusing them of behaving ‘appallingly’ 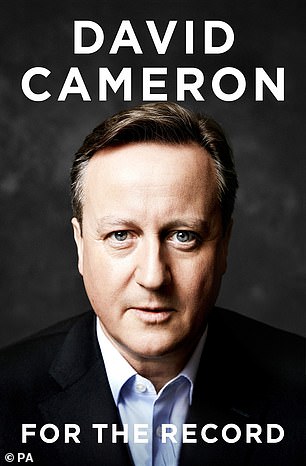 Mr Cameron announced his resignation in June 2016 after captaining the losing side in the referendum, triggering the first Tory leadership contest for 11 years.

Mr Johnson was initially seen as a front-runner but was forced to quit the race within days after Mr Gove’s entry into the race.

Mr Gove, who had been helping Mr Johnson’s campaign, dramatically quit his team and said the ex-London mayor could not ‘provide the leadership’ that was needed.

Mr Cameron said he could not resist a cheeky dig at Mr Johnson in reply, saying: ‘You should have stuck with me, mate.’

The two Brexiteers are now back on the same side but the former PM’s latest revelations will test how far they have patched up relations since 2016.

Mr Gove had previously said he was ‘not equipped’ to be Prime Minister, and Mr Cameron says he took those claims seriously.

Theresa May eventually won the race which ended without a full party vote after her last remaining rival, Andrea Leadsom, also pulled out.

Mr Cameron himself played a role in helping Mrs May win the contest, his memoirs reveal.

Although he did not back any candidate officially, he ‘secretly encouraged’ his Tory colleague Gavin Williamson to help the May campaign in 2016.

George Osborne, who was sacked as Chancellor by Mrs May and quit as an MP the following year, is said to have celebrated Mr Johnson’s departure with a cryptic reference to the Falklands War.

”Now on to Port Stanley!” he said, meaning it was Michael’s turn to fall next,’ Mr Cameron recalls.

Mr Osborne had once been seen as a likely Tory leadership contender himself but he and Mr Cameron were both tarnished by the failed Remain campaign in 2016.

Boris Johnson also complained that ‘people were looking at me as if I was a leper’ after the referendum result which he helped to bring about.

After declaring for Leave in February that year he became one of the most high-profile Brexit campaigners during the referendum campaign. 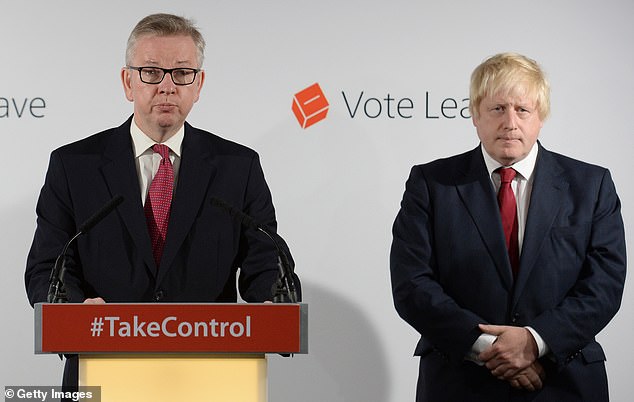 Mr Cameron has also taken aim at leading Brexiteers including Nigel Farage, Arron Banks and Dominic Cummings – now ensconced in Number 10 as a senior adviser – branding them a ‘cauldron of toxicity’.

He reserved particular criticism for Priti Patel, accusing her of using ‘every announcement, interview and speech’ to ‘hammer’ the government’s approach to immigration, even though she was in it.

Ms Patel, 47, appointed Home Secretary by Mr Johnson in July, refused to rise to the bait yesterday, coldly telling the former PM that ‘There is no point in going over the past’.

Asked about the criticism on the BBC’s Andrew Marr show she said she had ‘enjoyed’ working with Mr Cameron.

‘Obviously the referendum has happened, we have moved on and the fact of the matter is we are now working to deliver that referendum mandate,’ she said.

Brexit Secretary Steve Barclay also tore into the ex-PM, telling the BBC ‘obviously when there’s a book to sell there’s always excerpts that come from it’.

Among a string of revelations in his memoirs, Mr Cameron said he was ‘delighted’ when the Queen stepped into the 2014 Scottish independence referendum.

The monarch told a member of the public to Scots to ‘think very carefully’ about how they would vote, just a week before the September 2014 poll.

It was widely seen as a boost for the unionist campaign which was emphasising the risks of independence.

The No campaign went on to win the vote 55 per cent to 45 per cent.