has said he believes ‘passionately’ that a new deal is possible, as he jets to Luxembourg to meet Jean-Claude Juncker today.

Mr Johnson will tell the European Commission chief that he plans to take Britain out next month with or without a deal – and in defiance of Remainer efforts to force another delay beyond October 31.

The PM has identified an EU summit on October 17 as the date to secure a deal.

If he does not succeed, a rebel law which passed last week will force him to seek another extension. But Mr Johnson will tell Mr Juncker today that he plans to reject any such offer from Brussels.

With time running out, Mr Johnson has said he is working ‘flat out’ for a deal – but Mr Juncker this weekend downplayed hopes of a breakthrough, saying Britain had yet to present an alternative to the Irish backstop. 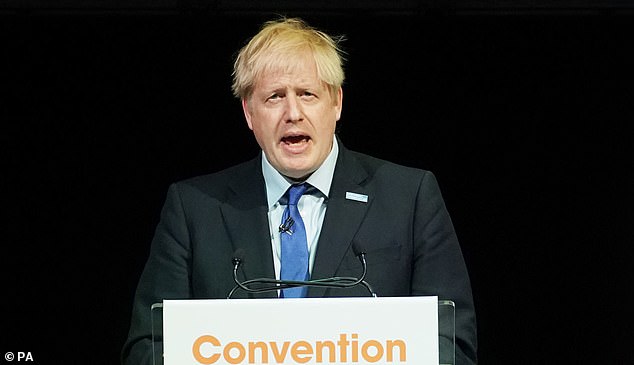 ‘I believe passionately that we can do it, and I believe that such an agreement is in the interests not just of the UK but also of our European friends,’ the PM wrote in the Daily Telegraph.

‘We have all spent too long on this question. And if we can get that deal, then of course there will be time for Parliament to scrutinise and approve it before the end of October.’

‘But be in no doubt that if we cannot get a deal – the right deal for both sides – then the UK will come out anyway.’

A Number 10 source said: ‘The Prime Minister could not be clearer that he will not countenance any more delays. We will be leaving on October 31 – no ifs, no buts.

‘Any further extension would be a huge mistake. It is not just a question of the extra dither and delay – it is also the additional long months of rancour and division, and all at huge expense. We must finally deliver on the 2016 referendum result.

‘This is why the PM will stress to Mr Juncker that, while he wants to secure a deal, if no deal can be agreed by October 18 his policy is to leave without a deal on October 31 – and reject any delay offered by the EU.’

However, Mr Juncker this weekend dampened hopes of a breakthrough at the Luxembourg summit.

Mr Juncker said he was not optimistic about finding alternative arrangements to the Irish backstop, which has proved the major sticking point in negotiations. 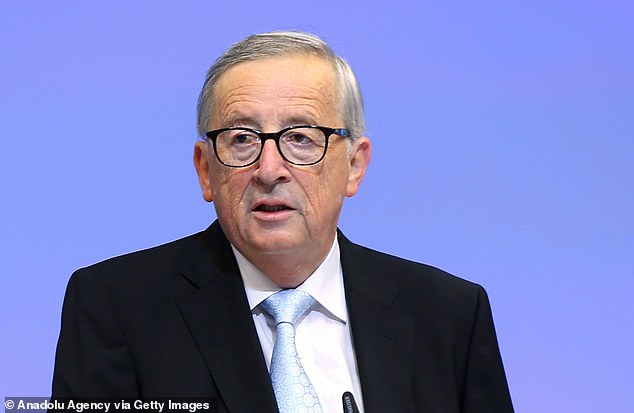 Jean-Claude Juncker (pictured) this weekend downplayed hopes of a breakthrough, saying Britain had yet to present an alternative to the Irish backstop

He was still hoping for alternatives, but ‘time is running out’, he told German radio station Deutschlandfunk.

The backstop was the most controversial element of the withdrawal agreement that was negotiated by Theresa May last year.

It would keep the UK tied to EU trading rules to avoid a hard border on the island of Ireland, which it is feared could restart sectarian tensions and undermine the Good Friday Agreement.

However, Brexiteers fear it will keep Britain tied to Brussels rules indefinitely and prevent the UK from striking its own trade deals.

Mrs May’s deal was rejected three times in Parliament, forcing her out of office two months ago.

Brexit Secretary Steve Barclay said yesterday that there was still ‘significant work’ to do to reach an agreement.

However, he said a ‘landing zone’ for a deal was in sight, telling Sky News’s Sophy Ridge On Sunday that there had been ‘extensive talks’ at a technical and a political level.

Mr Barclay, in an interview with the BBC, also suggested the transition period could be extended beyond 2020 to resolve issues relating to the backstop.

Over the weekend, Mr Johnson likened Britain leaving the EU to the Incredible Hulk, telling the Mail On Sunday: ‘Hulk always escaped, no matter how tightly bound in he seemed to be – and that is the case for this country.’

But his comparison was described as ‘infantile’ by the European Parliament’s Brexit co-ordinator Guy Verhofstadt, who questioned: ‘Is the EU supposed to be scared by this?’