This is the dramatic moment a tractor-trailer driver shredded a parked car and destroyed a fire hydrant while trying to turn on a narrow street.

The hapless 18-wheeler driver was caught on camera as he tried to make a left turn but instead caused chaos in Queens, New York, on Thursday.

The vehicle can be seen scraping a parked blue car and causing a deep dent as it tries to squeeze through, only to set off the car alarm.

Facebook user Jerry Rid, who filmed the incident, gets closer to the front of the truck and sees a fire hydrant lying on the road.

Throughout the 1 minute 30 second clip he can be heard commenting on the man’s poor driving skills in footage that has been watched over 350,000 times on Twitter. 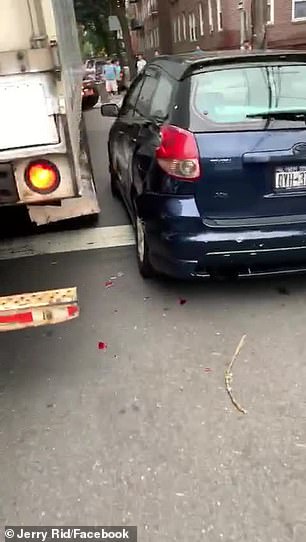 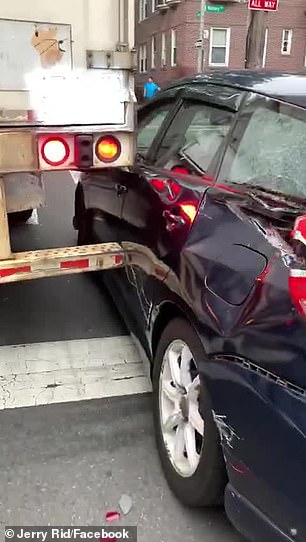 The 18-wheel tractor-truck can be seen gearing up to make a left turn on a very narrow street in Queens, New York. As he made the maneuver he left deep dents and scrapes on the parked blue car that he tried to pass 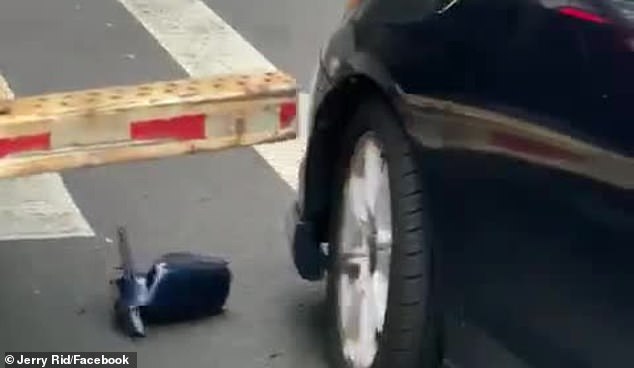 At the beginning of the video, people can be heard shouting as Rid walks around the back of the vehicle.

He stands next to the blue car, watching as the truck’s wheels turn and two deep scratches are made on the parked vehicle.

The damage is so severe that the doors on the driver’s side of the car begin to bend inwards due to the pressure.

‘Here we go again,’ Rid says twice, as the vehicle reverses only to worsen the already deep dents. ‘God bless America,’ he begins to sing.

‘Lets get a little zoom-in on how these people drive these days in New York,’ he says, as the truck drives forward again and knocks off the car’s wing mirror.

A man in a tank top and shorts is then seen running towards the front of the vehicle and begins shouting. It’s appears that he is the owner of the damaged car.

‘World star,’ Rid quips, as the driver gets out of the truck and walks around to look at his metal bumper, which is hanging off the vehicle.

As the driver tries to bend the bumper back on the narrator can be heard  laughing. ‘He ain’t happy,’ Rid adds.

‘Call the police,’ a passerby shouts, as the driver walks away from the scene.

In a final bit of commentary Rid says, ‘Whoaaa…. score,’ and the video ends. 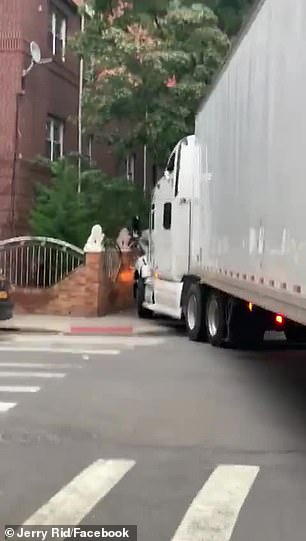 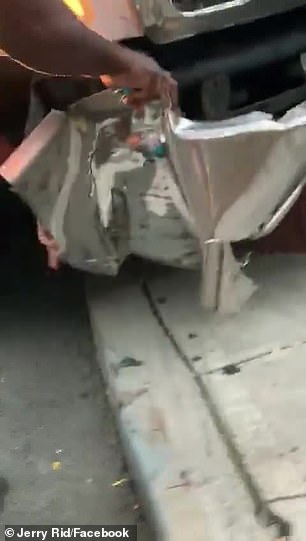 Rid, who filmed the video, followed the truck around to see it had mounted the pavement. There it was noticed that the bumper was hanging off the vehicle too 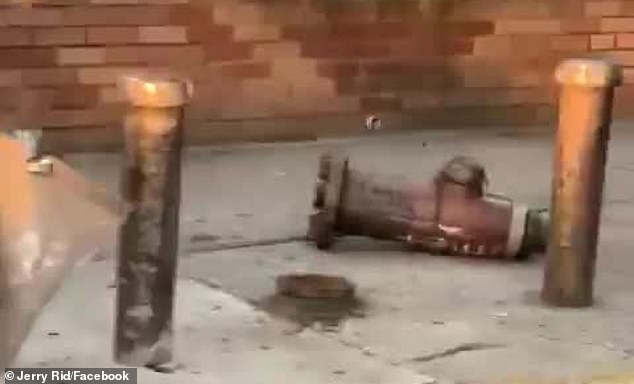 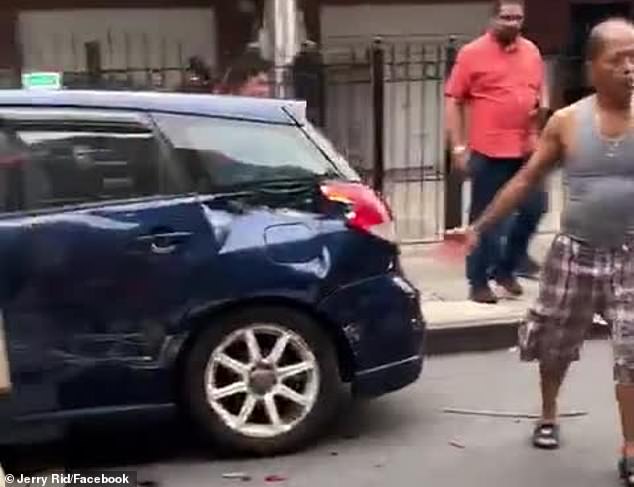 The clip has been liked over 9,000 times retweeted by more than 4,000 accounts on Twitter.

Social media users responded with a mixture of sorrow for the driver, insults and humor.

User Turnpile Ike wrote: ‘He bout to take out the whole block.’

‘Damn he better call that driving school back get his refund smh….’ another quipped.

Vern posted: ‘Buff those scratches right on out. Lol.’

User Maine added: ‘Low key that car wasn’t supposed to be parked there.’