A British family has been rescued by the Spanish army after being trapped in their holiday home by floods for 12 hours.

Paul and Angie Spencer were staying in the Benfis Park villa, Alicante, with their four children when the Brazel del Lugar river bank burst and water charged through the holiday town Benferri.

Their holiday home’s basement was completely flooded within half an hour, Paul told . 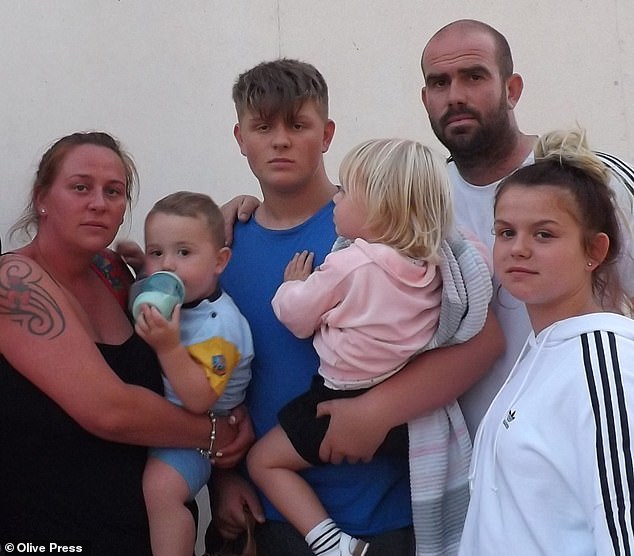 Paul and Angie Spencer were trapped with their children Frankie, Connor, Esther Lou, Paul Spencer and Gracie Jayne, for 12 hours in their Benfis Park villa, Alicante, after floods tore up the holiday town of Benferri in Spain 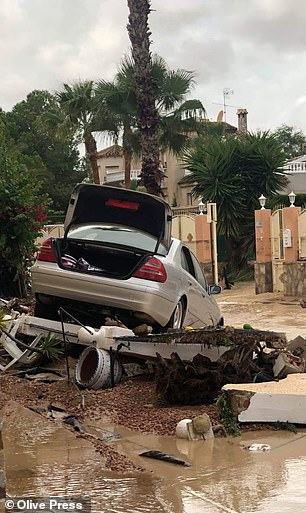 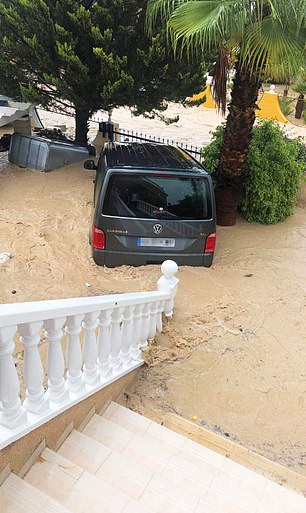 Cars and furniture streamed past their windows as the water levels rose above the pavement and filled their VW hire car.

The father-of-four said ‘(people) got swept away, their screams were awful’ and he does know what happened to them.

The family’s electricity stopped working and it was only until 12 hours that they were rescued by the emergency services who took them to the Auditori Municipal council in Benferri, Spain.

They were offered four beds between the eight of them but Paul insisted ‘the last thing we wanted to spend a night here’. 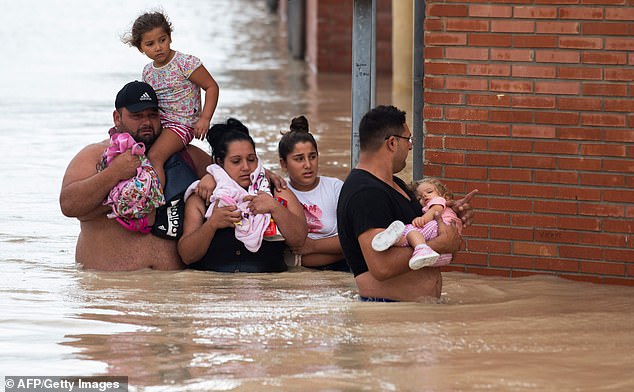 A family carry their children in their arms and on their shoulders to navigate the deep waters on a flooded street in Almoradi, Spain, yesterday 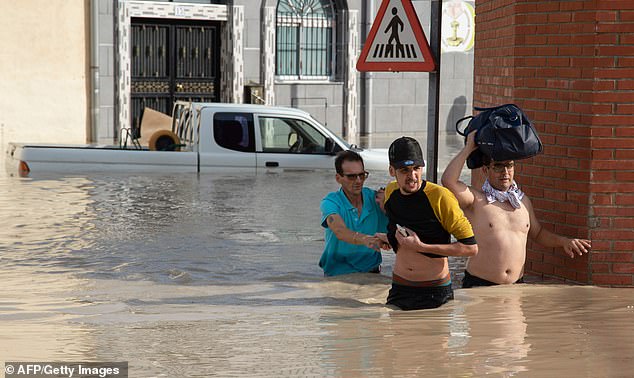 A total of 3,500 people have been forced from their homes as a result of the flash floods which have battered the south-east of Spain. Here a group of men try to navigate the deep waters and offer each other support 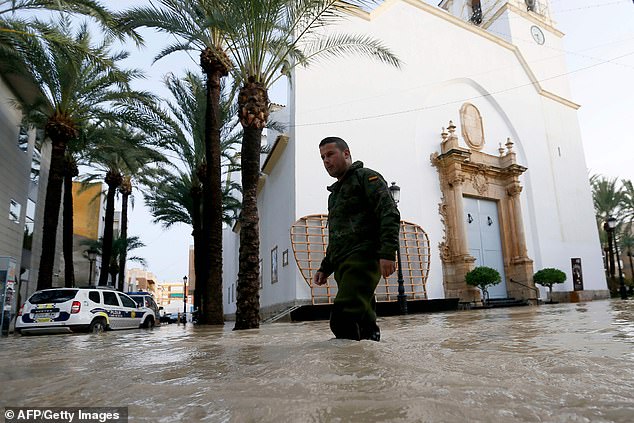 But luckily the family managed to book last-minute flights from Alicante-Eche on Friday night while others were being housed by local families.

This comes as thousands of Brits face travel chaos as several Spanish airports closed their doors due to extreme weather conditions.

Six people have been found dead from the flood’s ravaging Spain’s south-eastern region. 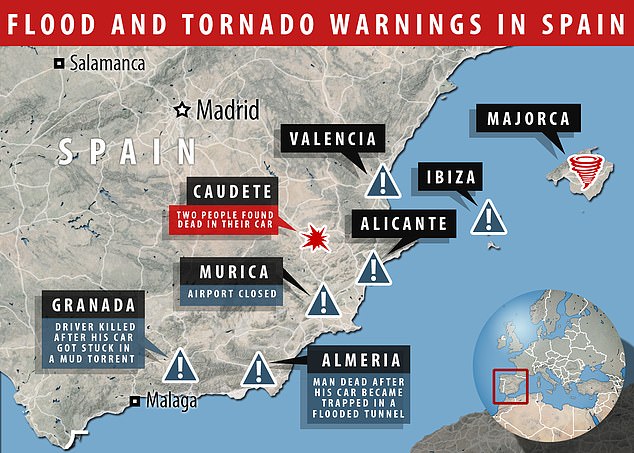 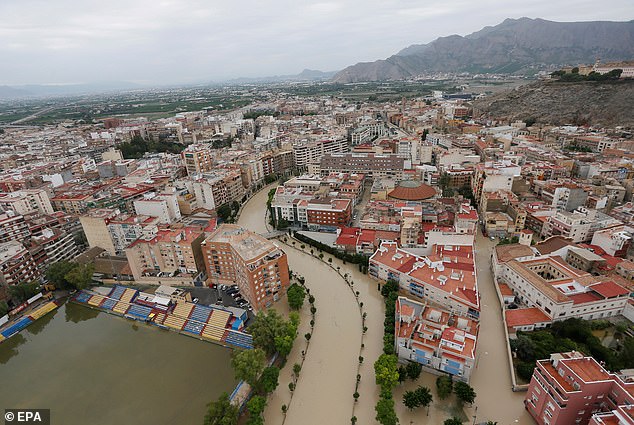 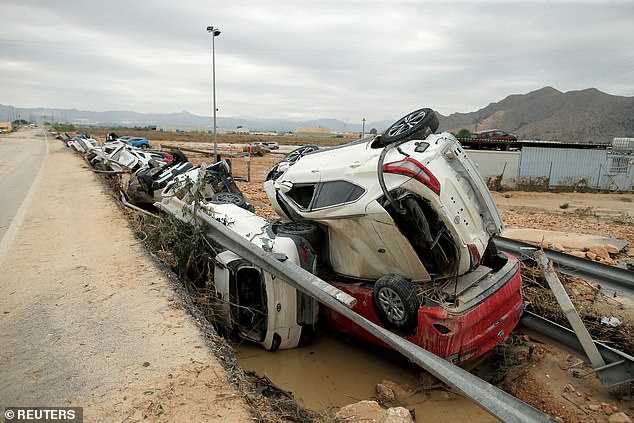 And the latest fatality was a middle-aged man whose body was found by police in a field at a hamlet near the city of Orihuela in Valencia.

Even a 58-year-old man was found in the same Spanish town which the family were staying in.

Fields have been swamped in gallons of water across this Spanish city, Murcia and eastern Andalusia – with some parts recording their heaviest rainfall ever. 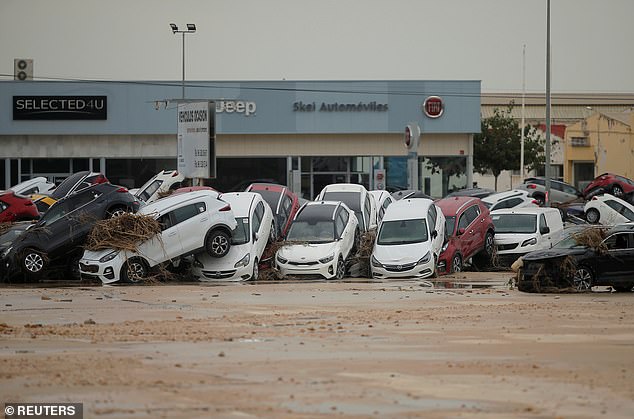 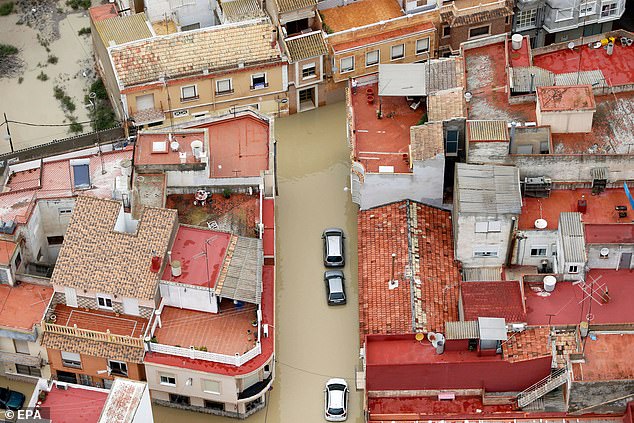 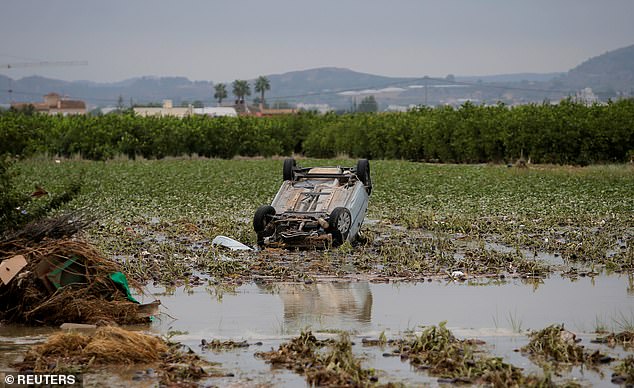 An overturned damaged car is stranded on a field in Orihuela, today