A Colorado mother said she embraces the then-teen who killed her three-year-old son as her own son, talking to him while he’s incarcerated and even putting money into his prison account.

In May 2012, Sharletta Evans, of Denver, Colorado, met the man who had been arrested and convicted of being the shooter during an incident that resulted in the death of her three-year-old son, Casson Xavier ‘Biscuit’ Evans in December 1995.

Sharletta became the first person to take part in the Colorado Department of Corrections pilot Restorative Justice program when she went to the prison to talk with Raymond Johnson, then 33, who was given a life sentence for Casson’s death. 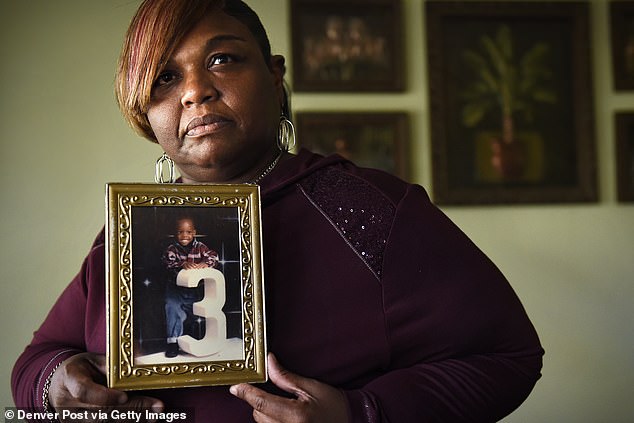 Sharletta Evans met the man who killed her three-year-old son, Casson, while participating in a Restorative Justice program that puts crime victims and perpetrators face-to-face 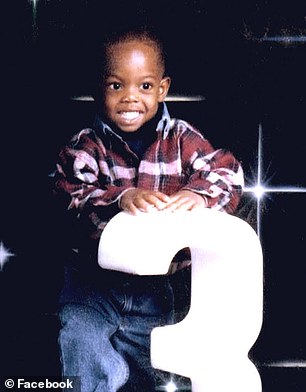 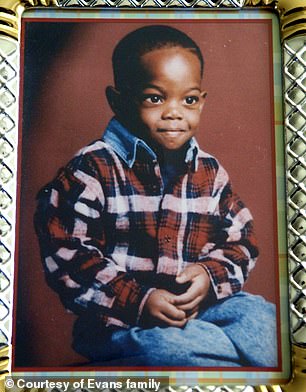 ‘It was to bring closure to my own unanswered questions,’ she told , adding that during the meeting, she ‘accepted him as my son, because he was absent of his parents.

In December 1995, the mother-of-two had driven to a duplex in Denver to pick up her grandniece because there had been a drive-by shooting in the neighborhood the night before.

She left her sons, Casson and Calvin Hurd, who was six years old at the time, in the car while she went inside the building to get her grandniece.

During the time she was away from her children, gang warfare led to 21 bullets being fired at the wrong car, one of which struck Casson in the head while he was sleeping, killing him.

Johnson, who was 15 years old at the time, was arrested and charged with pulling the trigger. He was sentenced to life without parole for the crime. 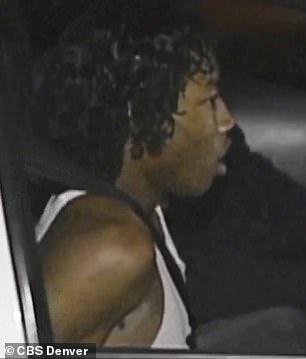 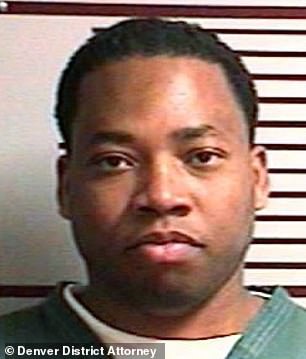 Raymond Johnson was 15 (left) when he was arrested and charged with the drive-by shooting. He was sentenced to life in prison for the crime. Johnson is seen in his mugshot at right 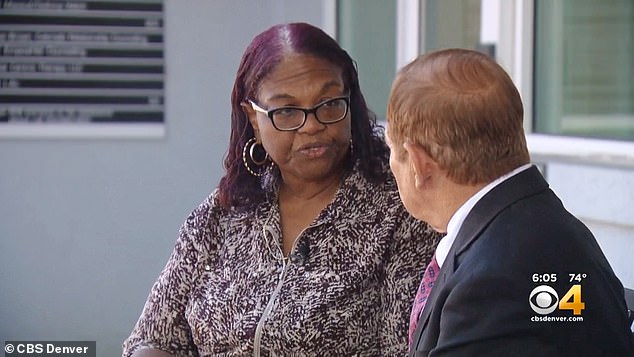 Sharletta said that she wanted to meet Johnson ‘to bring closure to my own unanswered questions.’ At the end of their meeting, she forgave Johnson and accepted him as her son 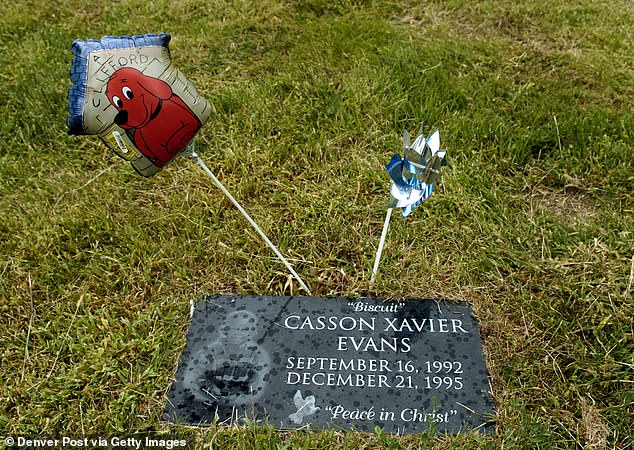 Sharletta said that when she met Johnson in 2012, when he was 33, his response to her forgiving him was to say that he ‘messed up,’ while clutching his chest and crying 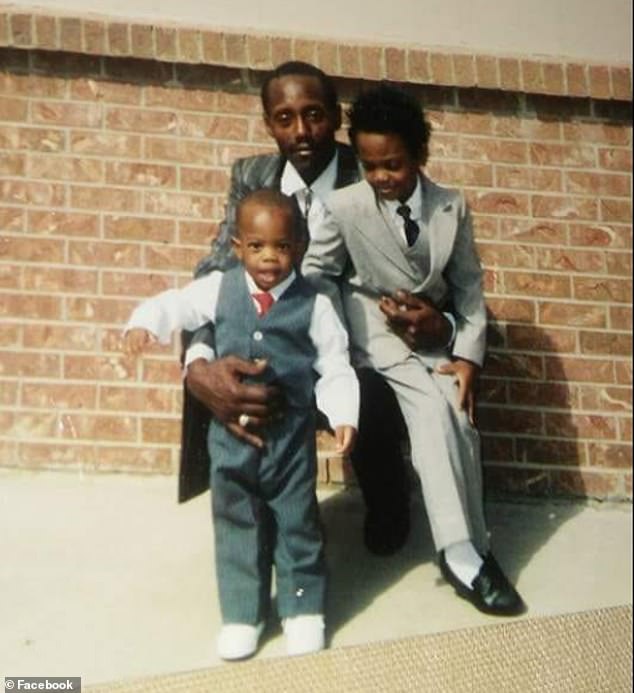 Casson (in white shoes) is pictured here with his father (back left) and older brother, Calvin (right). Calvin was also in the car during the drive by shooting that killed Casson

In 2012, Sharletta and her surviving son, Hurd, who was 23 at the time, went to the prison where Johnson was being held.

During that visit, Sharletta said, ‘I forgave him — and the only way I was able to live on and be present for my surviving son was to forgive him.’

Sharletta said the then-33-year-old Johnson ‘clutched his chest with uncontrollable tears and said “I messed up.”‘

On her way out, she said she hugged Johnson and ‘I accepted him as my son, because he was absent of his parents.’

When asked why she did that, Sharletta said that she ‘didn’t want him to suffer anymore because he had such a hole in his heart for taking my son’s life.’

Sharletta is now gets in contact with Johnson two times a week and puts money into his prison account.

In 2016, she told the that her meeting with Johnson spurred her forward in her work with criminal justice advocacy and gang alternatives.

In this newly-adopted program, which will only apply to misdemeanor cases when it starts, victims of crimes and their perpetrators come face-to-face in an effort to understand each other and find healing. The program is said to be both risky and emotional, according to .

The meetings between victims and offenders will take place before a plea or trial occurs.