It would be a sin under Islam to end life support for severely disabled five-year-old Tafida Raqeeb, her lawyer tells High Court.

The young girl is being treated by specialists at the Royal Hospital in Whitechapel, London, who say she has permanent brain damage and no chance of recovery.

Bosses at Barts Health Trust, which runs the hospital, say further treatment is futile and want Mr Justice MacDonald to rule that stopping life-support treatment is in her best interests. 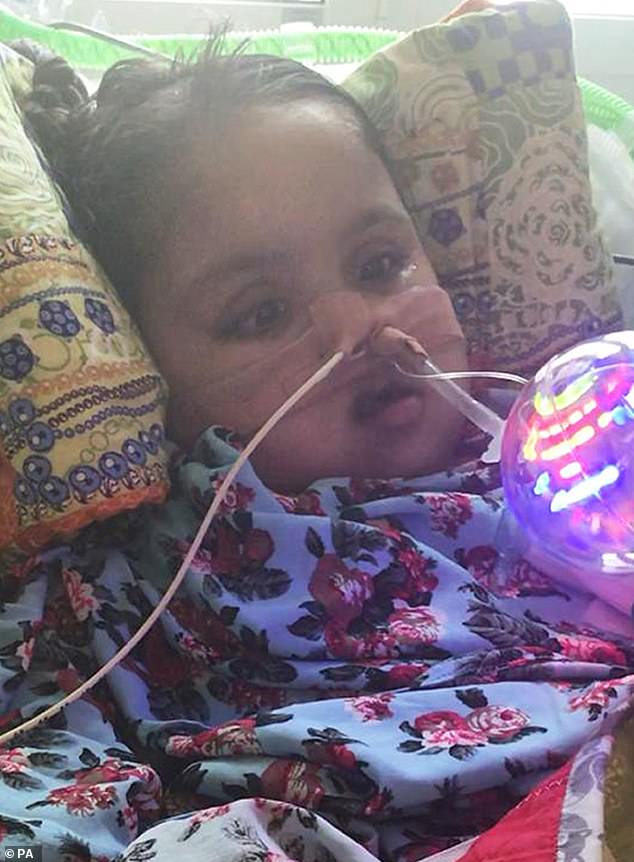 Tafida Raqeeb, 5, is being treated by specialists at the Royal London Hospital in Whitechapel, London, who say she has permanent brain damage and no chance of recovery

But Tafida’s parents, who live in Newham, east London, want to move her to Gaslini children’s hospital in Genoa, Italy, and have organised funding.

Her mother, solicitor Shelina Begum, 39, and father, construction consultant Mohammed Raqeeb, 45, say doctors there will keep providing life-support treatment until she is diagnosed as brain dead.

They say Tafida, who has a British-Bangladeshi background, comes from a Muslim family and Islamic law only allows God to end life.

Meanwhile, the case of Tafida was brought up at the United Nations to support claims that ‘the lives of children are not always respected in the UK’.

A session of the UN’s human rights council in Geneva heard there was a ‘lack of will’ in Britain to save sick children. 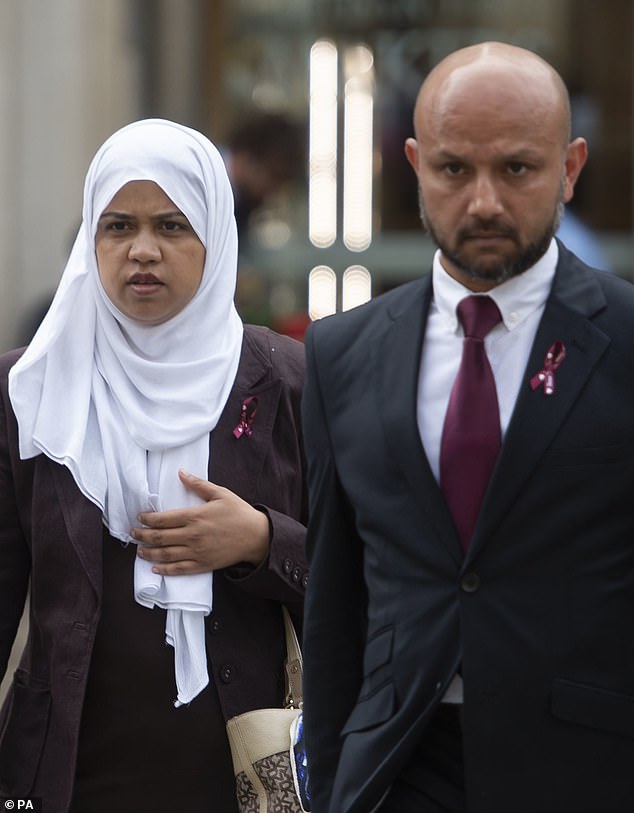 Her mother Shelina Begum, 39, and father Mohammed Raqeeb, 45, have instructed lawyers to take legal action in their daughter’s name

Ruben Navarro, a Spanish human rights advocate, told the council: ‘Even though Tafida has brain activity, breathes independently, opens her eyes and communicates with her parents, her doctors have decided it is better to take her life.

‘It is a problem of lack of will. As [with] Alfie Evans and Charlie Gard, these are examples of the fact that the lives of children are not always respected in the UK.’

Alfie and Charlie both died in infancy after court battles over what treatment they should receive. 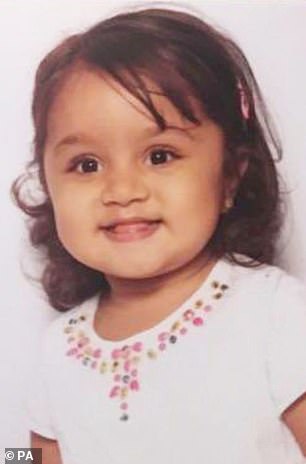 Trust bosses have asked Mr Justice MacDonald, who is analysing evidence at a High Court trial in London, to decide what should happen.

Lawyers have taken legal action in Tafida’s name and been given instructions by a relative.

They say the youngster has been denied her right to elect to receive medical care in another European state and should be allowed to go on living.

Barrister Vikram Sachdeva, who is leading Tafida’s legal team, told the judge: ‘One needs to put oneself, so far as one can, in the position of the patient and ask what the patient would have wanted.

‘It is a very weighty factor.

‘There is very cogent, convincing evidence of what Tafida’s wishes and feelings and beliefs and values are.’

Doctors say they do not think that Tafida is in pain and the youngster’s parents agree.

Mr Sachdeva added: ‘There is really very little on the downside

‘If Tafida does not feel pain, then the downside is very, very limited.’

He said on the ‘upside’ there was the ‘sanctity of life’.

‘For many people there would be no benefit in this case,’ said Mr Sachdeva.

‘But for Tafida there would be because Tafida would not, on the evidence we have, wish to take a course which would be considered to be a sin, a significant sin, among the religious community to which she does belong.’

Ms Begum, who says she had given up her legal career so she can devote her time to Tafida, has told the judge that she would want to stay alive if she were in her daughter’s position.

Mr Justice MacDonald has been told that Tafida woke her parents in the early hours in February, when she was four, complaining of a headache.

She collapsed shortly afterwards and doctors discovered that blood vessels in her brain had ruptured.

But they say there is a ‘high chance’ she will develop epilepsy which could not be treated.

She is also likely to develop a disorder of the nervous system, spasticity, which would mean she is unable to control her movement.

UPDATE 1-Helicopters, rescuers scour creek mattress after...
Virginia court dismisses congressional candidate's appeal
Avengers 4 trailer: First glimpse as title is revealed as Endgame
GAVIN WILLIAMSON: A Brexit deal with Labour can only end in tears
Man stabbed to death in north east London as another is rushed to hospital
The Queen's olive branch to Meghan
Boris Johnson gathers Cabinet to sign off coronavirus 'battle plan
More than 300,000 Britons have quit smoking due to COVID-19 fears