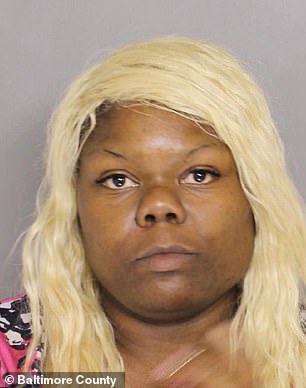 Allison Daughtrey, a mom-of-three from Baltimore, has been charged with attempted murder for allegedly shooting at a motel security guard during an altercation ,

A Baltimore woman facing an attempted murder charge for allegedly shooting at a motel security guard during a dispute over loud lovemaking offered police an unusual defense, boasting that had she actually intended to use the gun, she would not have missed the ‘target.’

Allison Daughtrey, a 34-year-old mother of three, was arrested on Monday afternoon at the Days Inn in Towson, Maryland, and booked into the county jail on counts of second-degree attempted murder, assault, reckless endangerment, destruction of property and weapons charges.

The incident began unfolding at around 2pm, when a security guard at the motel called police to report a fight between Daughtrey and another woman in her room, later identified as her girlfriend, according to charging documents cited by

An officer spoke to the girlfriend, who told him that the guard had simply mistaken the couple’s loud sex for an argument.

Daughtrey, who at the time was in another room with her three children, also confirmed the story, but the security guard asked the family to leave the motel.

As Daughtrey was packing her belongings, she allegedly got into a shouting match with the guard. 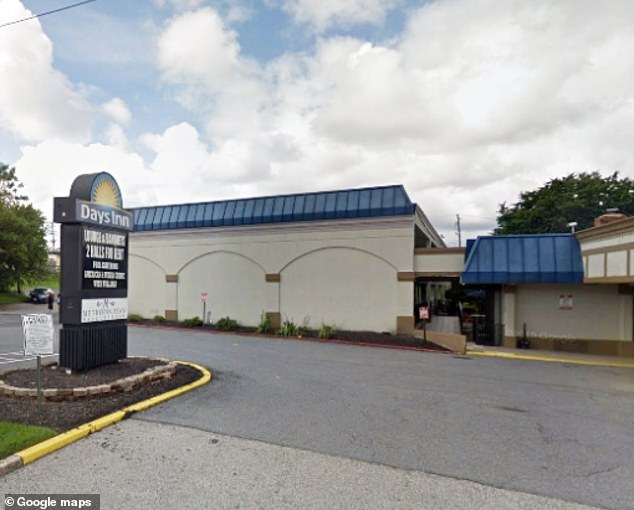 Daughtrey, her girlfriend and three children were staying in this Days Inn in Towson, Maryland, on Monday when the guard mistook the couple’s loud sex for a fight and called police

After leaving the motel, Daughtrey’s girlfriend told the police officer that she left her cellphone in the room, according to the documents.

The cop escorted the woman back inside, and as he was heading back to his patrol car he heard a loud bang that sounded like a gunshots coming from the motel lobby.

The officer could not see who fired the shot and called for backup. 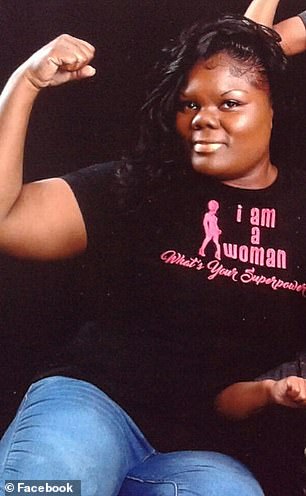 Daughtrey claimed the gun went off by accident, saying that if she intended to use it, should would not have missed

When the officer entered the lobby, he saw the security guard pinning Daughtrey to the floor.

After police reviewed surveillance video from the motel, they learned that the 34-year-old woman pulled a gun on the guard during a physical struggle and allegedly squeezed off a round, but the bullet struck a mental door frame, according to the charging papers.

The security guard accused Daughtrey of pointing the firearm at his head. He also claimed the woman bit him on the arm after he grabbed the gun, causing it to jam.

He was later taken to a hospital to be treated for his injury.

When interviewed by police, Daughtrey allegedly claimed that the guard hit her in the face first, and then when she swung bag at him, her gun fell out and discharged accidentally.

The woman said she purchased the firearm in North Carolina last year.

In an apparent effort to demonstrate that the shooting was accidental, Daughtrey offered this comment: ‘If I intended to ever use the gun, I would never have missed the target,’ she was quoted as saying in the documents.

She is being held without bond at the Baltimore County Detention Center in Towson. Her next court appearance is scheduled for October 4.