Extreme weather forced a record seven million people from their homes across the world in the first half of the year, a report has revealed.

A further 3.8million fled conflict and violence, according to experts’ analysis. 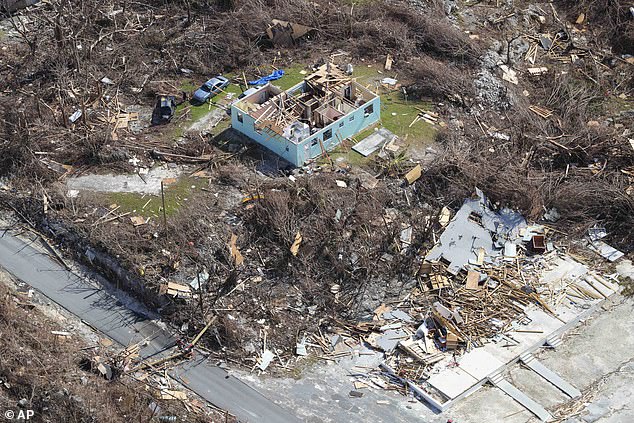 Hurricane Dorian, one of the strongest hurricanes on record, decimated houses forcing many to evacuate, knowing they would never be able to return

‘These numbers are at a concerningly high level and the trend overall is that they are not going down,’ the IDMC’s Bina Desai said.

She added: ‘The number of people exposed to displacement risk is increasing as more people live in poverty or insecurity as well as in areas at risk of flooding or other disasters.’

However, the group did point out that because of the increasing likelihood of extreme weather, communities were getting better at preparing for it.

This means that while many have been displaced by natural disasters, in previous years they may have died instead.

Football comic character Roy of the Rovers gets a Women's World Cup makeover
Green Party co-leader Sian Berry under fire after claiming 130,000 people have died due to cuts
The Smart Meter snoopers already in homes tracking our energy habits
Twin, 18, was stabbed to death in a fight outside a Christian centre just hours into the New Year
Why are low-alcohol beer sales soaring and which ones are the best?
NHS no longer advises coronavirus patients take ibuprofen
Ministers set to usher in laws to protect vital UK firms from foreign predators after China tech row
Eleven people are arrested over alleged gang-rape of 16-year-old girl in Israel