The number of people convicted of rape has slumped to less than 2,000 despite nearly 60,000 complaints being made to police last year.

Just 3.3 per cent of all rape claims made to authorities lead to a conviction, meaning only one in thirty complainants see the person they accuse punished.

The shocking figures have led campaigners to claim that rape is being ‘effectively decriminalised’ in Britain.

The percentage of reports which lead to a conviction in rape cases is much lower than many other types of crime.

In drugs cases and those involving possession of a weapon, around one in three cases lead to a successful prosecution. 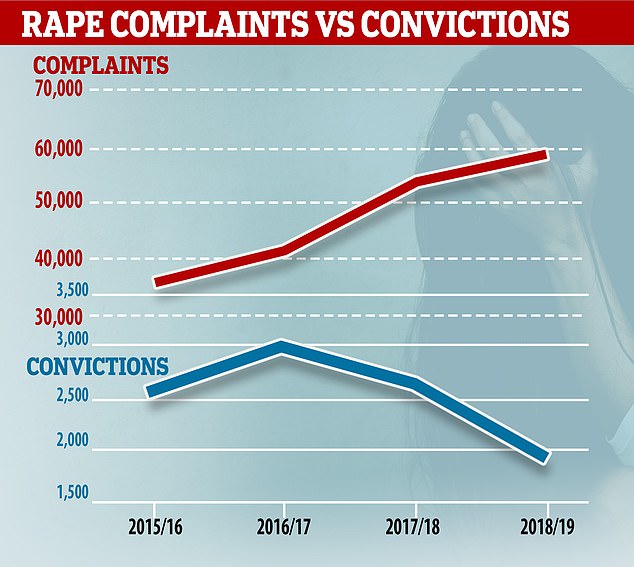 The appalling statistics for rape offences were revealed in the Violence Against Women and Girls (VAWG) report from the Crown Prosecution Service (CPS).

This is despite the number of rape claims dealt with annually by police in England and Wales rising from 35,847 to 57,882 during the last four years.

It means around 3.3% of all reported rapes end in a conviction.

Campaigners believe the CPS has become more reluctant to bring cases in the aftermath of a series of collapsed trials in recent years. 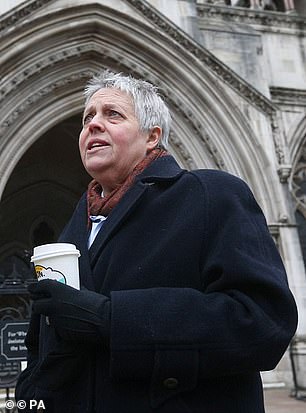 Harriet Wistrich, from the Centre for Women’s Justice, says authorities have changed their approach and are prosecuting fewer cases

Harriet Wistrich, director of the Centre for Women’s Justice, accused the Crown Prosecution service of a ‘deliberate change in the approach’.

Andrea Simon, from End Violence Against Women Coalition, added: ‘These numbers represent real women subjected to rape, a crime which does enormous harm, who are then further victimised by a system that does not take them seriously.

‘These shocking and unjustifiable failings speak to a clear and concerted shift in how the CPS has decided to prosecute rape.

‘Leadership across the CPS needs to answer for these figures which we say can only represent what is becoming the effective decriminalisation of rape.’

Today’s figures show that the charge rate for rape – essentially the decision to press ahead with a prosecution – has dropped from 64.3% in 2014-15 to 48.2% this year.

It represents the first time in five years that the percentage of legal decisions made by the CPS in rape cases has dropped below 60%, according to the data. 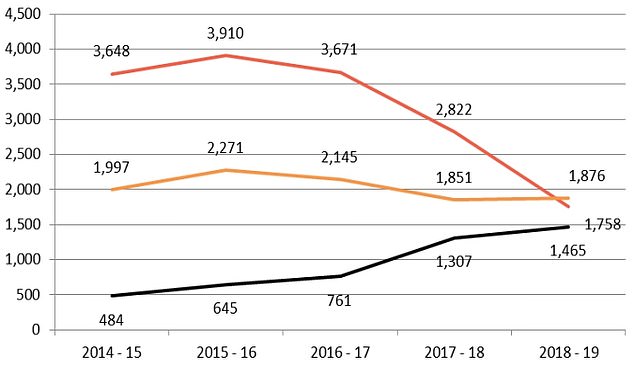 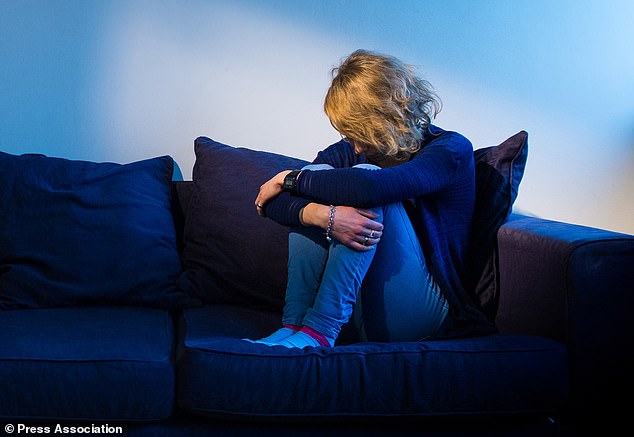 Victims of rape are being let down due to falling numbers of prosecutions and convictions, campaigners have said. File photo

Despite an increase in the volume of alleged rapes reported to police, the CPS has seen a reduction in the number it decides to charge every year since 2015-16.

The number of rape suspects referred by the police to the CPS for a charging decision fell to 3,375  down by more than 22 per cent in the last year. 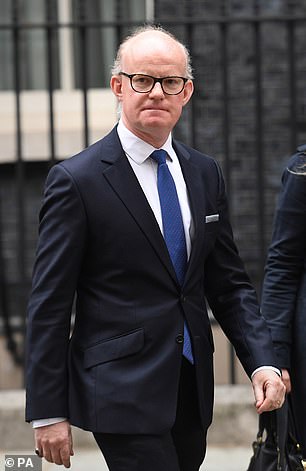 The CPS said the drop in rape charges was due to ‘a number of factors’, including reduction in the number of referrals from the police to the CPS, and an increase in the volume of time-consuming digital data.

Director of Public Prosecutions Max Hill announced that the independent CPS watchdog will hold a review of rape charging decisions.

Mr Hill said: ‘Rape is an awful, sickening offence and I completely understand why the fall in charging rates is so concerning.

‘Partners across the criminal justice system are coming together to look at how these cases are handled and the CPS is playing its part by opening up our charging decisions to further scrutiny.

‘I have every confidence in the work of our dedicated prosecutors but it is important that the public has confidence too. I intend to implement any changes which are recommended if they improve our processes and enable the criminal justice system to deliver swifter, more effective justice.’

Speaking on the BBC Today programme, he said: ‘There has not been a change in approach from prosecutors at the CPS.

‘I absolutely share the concern … at the growing gap between rape reporting levels and the number of cases that are coming to court.

‘I am not going to point the finger in any particular direction. We – all of us working in the criminal justice system – need to come together now to discuss this.’

It comes after a series of high-profile cases collapsed in court.

In December 2017, student Liam Allen’s trial collapsed after texts emerged from the alleged victim in which she told a friend the sex ‘wasn’t against my will’.

In January last year, Oxford student Oliver Mears, 19, was cleared of rape after spending two years on bail, with police facing fierce criticism for the delay in handing over evidence.

The same month, the CPS said they were reviewing every rape and serious sexual assault case in England and Wales.