A man has been knifed to death and another injured in a double stabbing in a busy north high street.

Police and paramedics were called to reports of an assault on Camden High Street at around 11.10pm last night.

The male, whose age is not known, was found suffering from a stab injury, and was given first aid at the scene.

He was pronounced dead at the scene. His next of kin have not yet been informed. 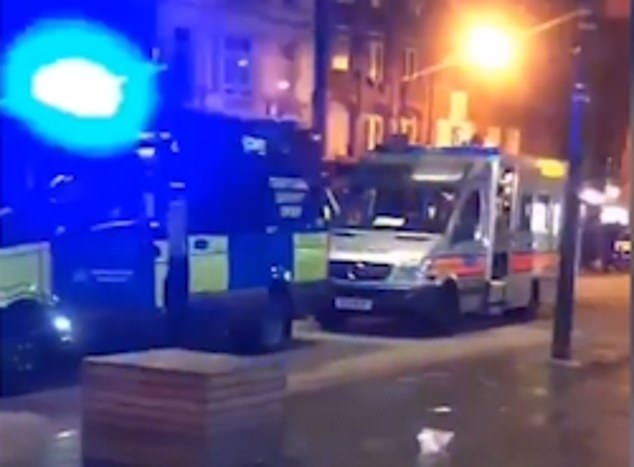 Police and paramedics were called to reports of an assault on Camden High Street (pictured) at around 11.10pm last night.

A second man in his mid-20s was found suffering nearby with knife wounds and was taken to hospital.

His condition is unknown at this stage.

A police spokesman said:  ‘Detectives from the Specialist Crime Command have been notified.

‘Crime scenes are in place and the High Street remains closed to traffic. ‘At this early stage, there have been no arrests. ‘Enquiries continue.’