Sir Philip Green’s Topshop and Topman fashion chains have slumped to a loss of more half a billion pounds as sales plunged.

The High Street brands, which are a flagship part of Sir Philip’s Arcadia empire, posted a £505.1 million loss for the year to September 2018 compared with a loss of £3.9 million a year earlier, latest accounts revealed.

Losses were attributed to £488.8 million in one-off charges, such as cutting the estimated value of loss-making stores. 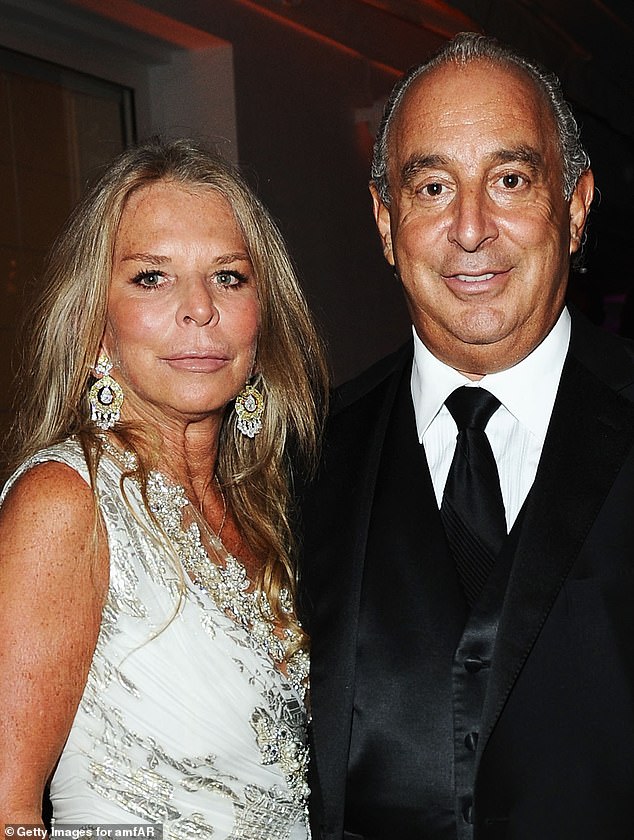 Experts warned that Arcadia’s situation is likely to have worsened substantially since the period covered by the accounts.

Arcadia’s brands, which also include Dorothy Perkins and Miss Selfridge, have fallen out of fashion with younger shoppers which are opting for cheaper alternatives such as online-only retailer Boohoo.

It is now being forced to shut at least 50 stores in a drastic attempt to slash costs, and is also pulling out of the US following a failed attempt to crack the American market.

The huge losses are a further blow for Sir Philip, 67, after accounts for Arcadia published last week revealed the group swung to a £93.4 million loss in the year to September 2018, down from a profit of £164.6 million a year earlier.

Taveta Investments – which is Arcadia’s ultimate owner and controlled by Sir Philip’s wife Tina, 70 – racked up losses of £177.3 million during the same period.

Sir Philip lost his prized billionaire status after his retail empire was rendered ‘worthless’ by the crisis on the High Street according to the Sunday Times rich list.

Arcadia’s struggles are estimated to have shaved more than £1 billion off his wealth, valuing Sir Philip’s fortune at £950 million.

The retail tycoon is currently facing assault charges in the US, where he has been accused of spanking his former pilates teacher. He denies the claims.

Sir Philip’s latest troubles came as Frank Field, an independent MP and chairman of the Work and Pensions Committee, wrote to The Pensions Regulator raising concerns over plans for Arcadia’s retirement scheme.

Sir Philip and his wife agreed earlier this year to plug Arcadia’s pension pot with £100 million of their own money and £210 million secured on Arcadia property.

It is in addition to £75 million a year pledged by Arcadia over the next three years. 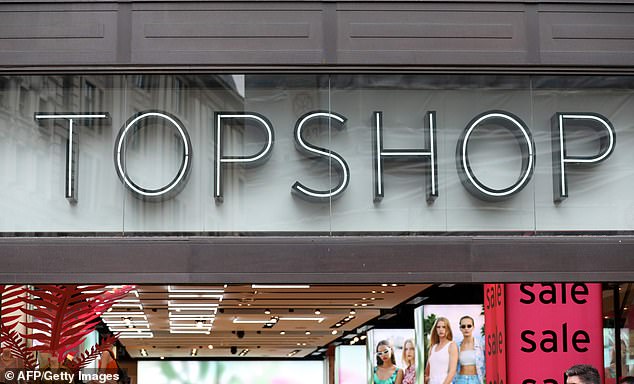 The fashion brands posted a £505million loss for the year to September 2018 compared with a £3.9million loss in the previous 12 months, latest figures reveal

The pair came under pressure to increase funding following the collapse of BHS, which left the department store with a £571 million pension black hole. BHS went bust in 2016, a year after Sir Philip sold off the chain for £1 to serial bankrupt Dominic Chappell.

But Mr Field is concerned that Arcadia’s financial woes will mean Sir Philip is unable fund the scheme as planned.

In a letter to the regulator earlier this month, Mr Field said: ‘It seems increasingly unlikely that Arcadia’s three-year rescue plan will succeed.

‘Does The Pensions Regulator remain confident in the agreed £310 million package agreed earlier this year?’ No response from the regulator has yet been released.

Nicole Scherzinger sets the record straight over THAT muttering on to Tess Daly on Strictly
Councils are taking children who want to change gender into care
Woman in 60s is arrested after 67-year-old man dies of multiple stab wounds to his chest and head
What’s fuelling the rise of the later-life lesbians, asks Lotte Jeffs?
Shocked women slam mother of the groom for buying a £2895 bespoke bridal dress for her son's wedding
Farage RULES OUT becoming US ambassador as ministers scramble to defuse Trump row
Simon Schama slams his former history teacher for almost destroying his love of the subject
Coronavirus Sweden: Cases grow slowly despite lack of lockdown