This is the first picture of Oxford graduate Robert Frome who was found dead at the bottom of a ravine in Greece on Sunday.

The 26-year-old paralegal assistant and nature enthusiast was reported missing on Monday by his father, Nicholas Frome, after he failed to answer his mobile phone.

Police launched a search operation and discovered his body on Wednesday near Astraka Peak on Mount Tymfi, part of the Pindus mountain range.

Mr Frome, whose family lives in a £2million period home in Oldiham, Hampshire, flew to Greece on a trekking holiday earlier this month. 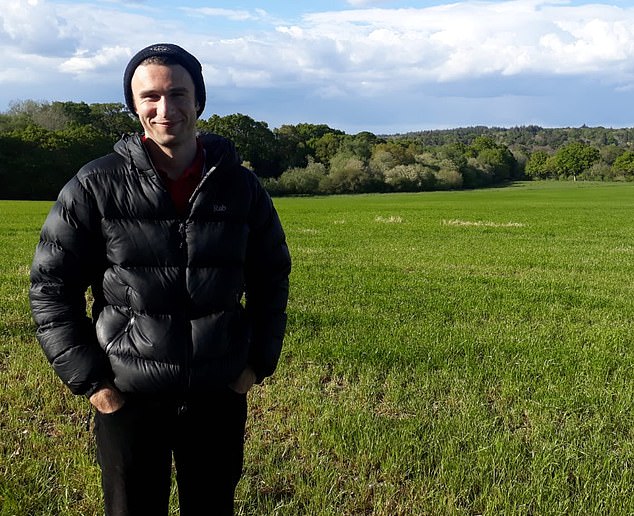 Robert Frome, pictured, was found dead at the bottom of a ravine in Greece on Sunday. Police sources said the British hiker had plunged 1,300ft to his death 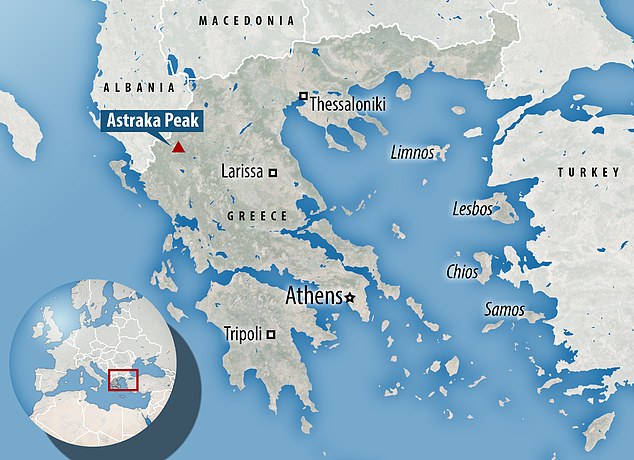 Mr Frome’s body was found close to Astraka Peak, on Mount Tymfi. His father reported him missing on Monday after the Oxford graduate failed to answer his mobile phone

He was last seen leaving a hotel in Konista, saying he was going hiking in nearby Vikos National Park.

Police sources told MailOnline that the British hiker had plunged 1,300ft to his death.

Police had launched a search and found Mr Frome’s car parked in the village of Mikro Papigo, at the base of a hiking trail which leads into the mountains, on Tuesday.

Officers said the car was properly parked and locked, suggesting he had gone hiking in the area.

A police helicopter and two sniffer dogs were then used to scour the mountain range above the town until his body was found Wednesday.

His remains were spotted by a helicopter pilot as he scoured the region, including the deep Astraka ravine. 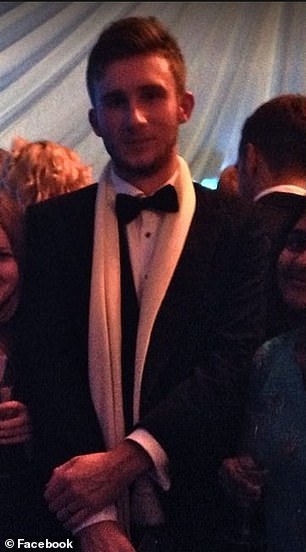 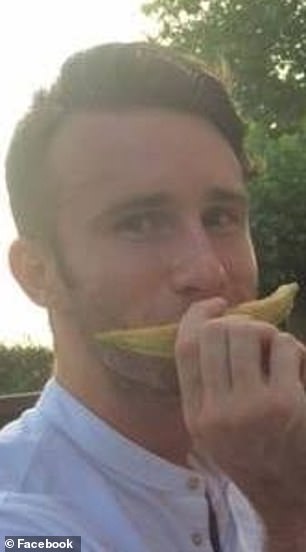 Greek police found Mr Frome’s car properly parked and locked in the village of Mikro Papigo, at the base of a hiking trail which leads into the mountains, on Tuesday. Mr Frome is pictured

‘He managed to approach the body at distance of about 20 metres, verifying the victim with binauculars,’ Emelia Goula, a police spokesman said.

‘Rescue crews could not reach the area because of the difficulty of the terrain. It would have put them at serious risk.’

On Thursday, rescue crews cordoned off the area, waiting for the assistance of a Navy helicopter to airlift the body from the craggy ravine.

Mr Frome’s father was also due to arrive from the UK to watch on the operation.

‘It will be a very difficult operation because it is over some 1300 feet deep into the ravine,’ Goula said. 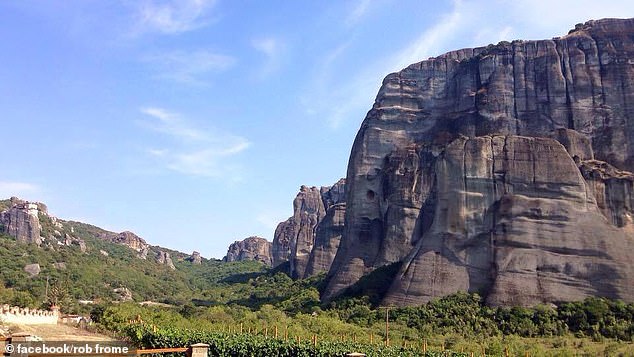 The Briton was last seen Sunday before he headed off for a lone hike near the peak. Mr Frome posted this picture of the mountain onto his Facebook account last Friday

Authorities have ruled out foul play, suspecting the young British hiker slipped and fell off the precipice of Mount Tymfi, part of the Pindus mountain range in northern Greece. Its highest peak, Gamila, measures over 8,000 feet.

‘You’re not found in that ravine if you haven’t fallen,’ Goula said.

The region, part of Zagori, is one of the last unspoiled trekking treasures of Greece, drawing hikers from across the Continent.

Mr Frome is the second British national to go missing in Greece in as many months.

In August, a British scientist was found dead in a 60ft-deep ravine, after falling during a run on the Greek island of Ikaria in the eastern Aegean.

Once Mr Frome’s body is retrieved, police said, an autopsy will be performed by a state coroner to establish the cause of his death.

Dashing motorist killed teenager in `act of grotesque...
Valeri scores twice in 2-1 win to give Timbers knockout...
China postpones lifting of ban on trade of tiger and...
NHS staff crisis can’t be fixed just by training more GPs, major report claims
Furious customer pins barber on a chair before shaving his head as he is unhappy with his new cut
One heart disorder is so hard to spot you can't even see it on an angiogram
AMANDA PLATELL: No tears or tantrums here, Kate Middleton has become the Royals' crown jewel
Banks should give £500 interest-free overdrafts credit card and loan payment holidays says FCA