received a much-needed boost today as a judge in Northern Ireland rejected a legal challenge to his Brexit plans.

The High Court in Belfast ruled that the government’s approach does not breach the Good Friday Agreement.

The decision – which will likely be subject to an appeal – came amid a furious row after Scottish judges ruled the PM acted unlawfully and had ‘improper’ motives.

The legal wrangling is all expected to end up in a titanic showdown in the Supreme Court in London, starting next week.

Lord Justice Bernard McCloskey gave his decision in Belfast on three joined cases, including arguing that No Deal on October 31 would undermine agreements involving the UK and Irish governments that were struck during the peace process.

One of the applicants was high-profile victims’ campaigner Raymond McCord, whose son was murdered by loyalist paramilitaries in 1997.

But the judge dismissed calls for the courts to step in, saying the issues at stake were ‘inherently and unmistakeably political’. 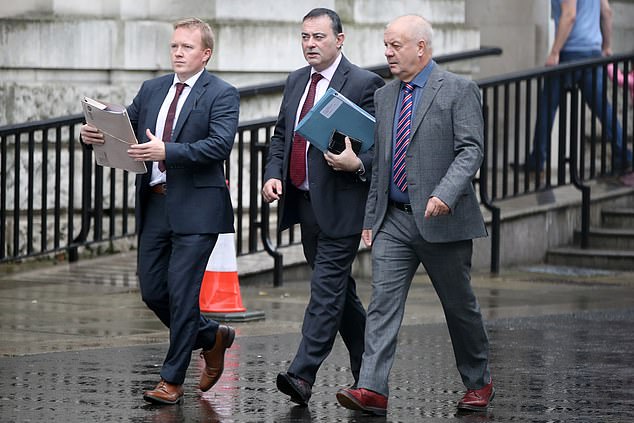 One of the applicants in the Belfast case was victims’ campaigner Raymond McCord (pictured right today), whose son was murdered by loyalist paramilitaries in 1997 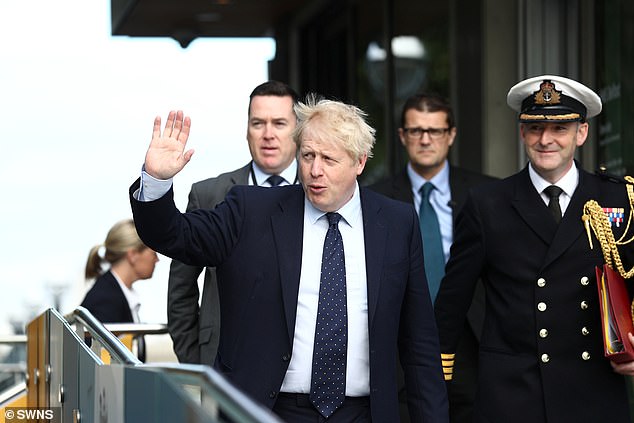 Asked on a visit to HMS Belfast in London today (pictured) whether he lied to the monarch, Boris Johnson said: ‘Absolutely not.’

Before the verdict today, Mr Johnson angrily denied that he had lied to the Queen.

‘Absolutely not,’ he told reporters.

‘The High Court in England plainly agrees with us but the Supreme Court will have to decide.

September 17: Supreme Court hears case on whether prorogation of Parliament was illegal.

September 29-October 2: Tory conference takes place in Manchester, with Mr Johnson giving his first keynote speech as leader on the final day. This will be a crucial waypointer on how Brexit talks are going.

October 14: Unless it has already been recalled following the court battle, Parliament is due to return with the Queen’s Speech – the day before Mr Johnson had hoped to hold a snap election.

October 17-18: A crunch EU summit in Brussels, where Mr Johnson has vowed he will try to get a Brexit deal despite Remainers ‘wrecking’ his negotiating position.

October 19: If there is no Brexit deal by this date Remainer legislation obliges the PM to beg the EU for an extension to avoid No Deal.

October 21: Decisive votes on the Queen’s Speech, which could pave the way for a confidence vote.

October 31: The current deadline for the UK to leave the EU.

November/December: An election looks inevitable, but Labour is hinting it might push the date back towards Christmas to humiliate the PM.

‘We need a Queen’s Speech, we need to get on and do all sorts of things at a national level.’

He added: ‘Parliament will have time both before and after that crucial summit on October 17th and 18th to talk about the Brexit deal.

‘I’m very hopeful that we will get a deal, as I say, at that crucial summit. We’re working very hard – I’ve been around the European capitals talking to our friends

Distancing himself from suggesting that the Scottish court was ‘biased’, Mr Johnson said he would not ‘quarrel or criticise’ the judges.

He said: ‘The British judiciary, the United Kingdom judiciary, is one of the great glories of our constitution – they are independent. ‘Believe me, around the world people look at our judges with awe and admiration, so I’m not going to quarrel or criticise the judges.’

Mr Johnson made the comments as he visited NLV Pharos, a lighthouse tender, which is moored alongside HMS Belfast on the Thames for London International Shipping Week.

The written judgment in Belfast today said: ‘I consider the characterisation of the subject matter of these proceedings as inherently and unmistakably political to be beyond plausible dispute.

‘Virtually all of the assembled evidence belongs to the world of politics, both national and supra-national.

‘Within the world of politics the well-recognised phenomena of claim and counterclaim, assertion and counter-assertion, allegation and denial, blow and counter-blow, alteration and modification of government policy, public statements, unpublished deliberations, posturing, strategy and tactics are the very essence of what is both countenanced and permitted in a democratic society.’

The Court of Appeal in Northern Ireland will hear any appeal on Friday.

Scotland’s highest civil court said yesterday that the PM had ordered Parliament to be shut down for five weeks in order to ‘stymie scrutiny’.

The court said the prorogation was unlawful and suggested Mr Johnson had misled the Queen over his reasons for the suspension.

The ruling could see Mr Johnson forced to recall Parliament if it is upheld by the Supreme Court on Tuesday.

Critics, including former Tory attorney general Dominic Grieve, said Mr Johnson would have to resign if it was found that he had ‘misled the Queen about the reasons for suspending Parliament’.

Downing Street said it was ‘disappointed’ with the verdict and lodged an appeal with the Supreme Court. However No 10 backed away from initial comments which appeared to accuse the Scottish court of bias.

But Business Minister Kwasi Kwarteng waded into the row last night, saying Leave voters were ‘beginning to question the impartiality of the judges’.

In an interview with the BBC, he said he accepted that judges were ‘impartial’, but warned that many voters believed the courts were trying to frustrate Brexit.

Former Cabinet minister David Lidington rejected the remarks, saying he had ‘seen no evidence of the courts getting involved in politics but rather English and Scottish courts grappling with important legal/constitutional questions’. 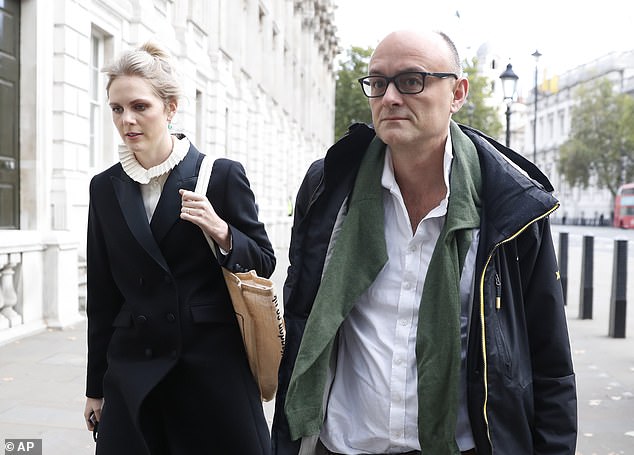 In a round of interviews today, Defence Secretary Ben Wallace said court rulings were ‘not about politics’.

The Scottish judgment was directly contradicted by a High Court ruling in England, which said the issue was ‘not a matter for the courts’. Explaining their decision in a separate case brought by anti-Brexit activist Gina Miller and former PM Sir John Major, three of England’s most senior judges said the suspension of Parliament was a political, rather than legal matter.

Lord Chief Justice Lord Burnett, Master of the Rolls Sir Terence Etherton and President of the Queen’s Bench Division Dame Victoria Sharp said the decision to suspend Parliament and the PM’s advice to the Monarch ‘were inherently political in nature and there are no legal standards against which to judge their legitimacy’.

Legal experts and politicians also questioned the Scottish court’s decision to intervene in such a highly political issue.

Former Supreme Court judge Jonathan Sumption said: ‘My own view is that this is a political issue, not a legal one, and that the case can only be resolved politically.’ Lord Sumption, a Remainer, said he believed that Mr Johnson’s decision to suspend Parliament was ‘disgraceful’. But he warned that the Supreme Court would be straying into uncharted constitutional territory if it backed the Scottish judgment.

How Invoice Shorten wins from the Liberal management battle and why Peter Dutton would wrestle
Profar, Mendez lead Rangers to 4-0 win over Padres
Mayor removes highly-valuable Gainsborough painting from her office over links to slave trade
Commercial ‘ice house’ from the Georgian era is unearthed near Regent’s Park
The victims of sick 'scoreboard' which sees gangs award points for deadly attacks
This woman is crusading against the cashless society - so, could she become the saviour of cash?
Senior People's Vote campaign official steps down pending inquiry into allegations of harassment
Kylie Jenner sells a $600million majority stake in her cosmetics brand