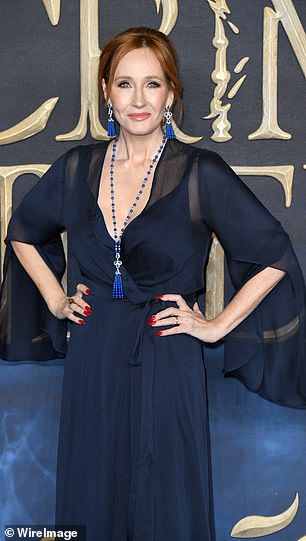 JK Rowling has donated £15.3 million to support research into the treatment of multiple sclerosis at a centre named after her late mother.

The Harry Potter author’s investment will be used to help create new facilities at the University of Edinburgh’s Anne Rowling Regenerative Neurology Clinic.

It was set up following a £10 million donation from Ms Rowling in 2010 and is named in memory of her mother, who died with the condition at the age of 45.

The author, who never told her mother she had started writing Harry Potter, was just 25 when she passed away in 1990.

She later said she was haunted by the death, describing it as ‘a literal pain in my heart’.

The 54-year-old, who is thought to be worth around £750million, dropped off Forbes’ billionaire list, due to her estimated £120million charitable giving.

The clinic is a care and research facility focusing on MS and neurological conditions with the aim of bringing more clinical studies and trials to patients.

Ms Rowling’s gift will also support research projects focusing on the invisible disabilities experienced by people living with MS – such as cognitive impairment and pain. 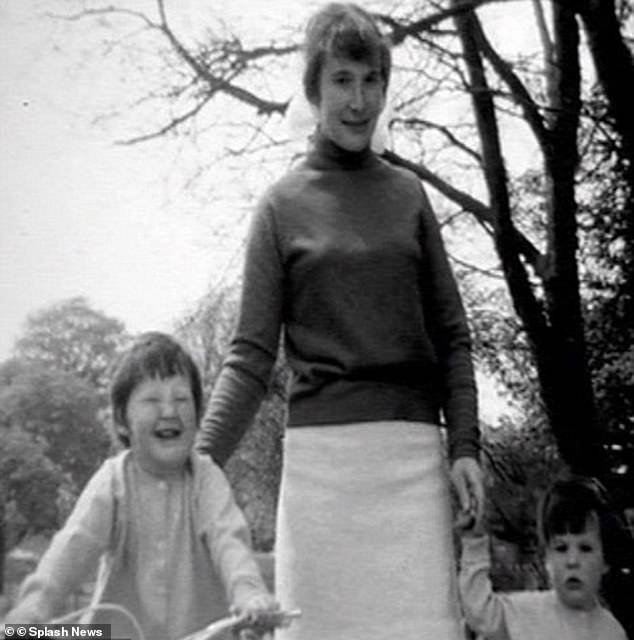 The Harry Potter author, pictured here with her mother and sister, was just 25 when her mother passed away in 1990. She said she was haunted by the death, describing it as ‘a literal pain in my heart’ 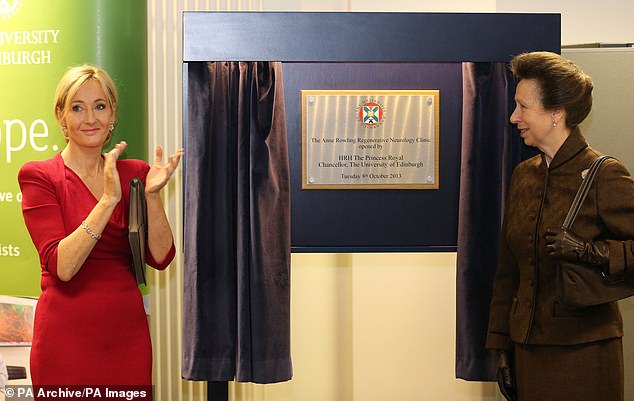 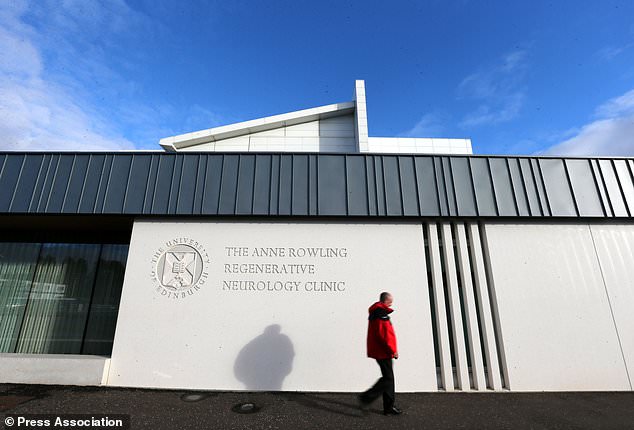 University experts hope the donation will help have a lasting impact on people with the condition and their families.

Ms Rowling said: ‘When the Anne Rowling Clinic was first founded, none of us could have predicted the incredible progress that would be made in the field of regenerative neurology, with the clinic leading the charge.

‘I am delighted to now support the Anne Rowling Regenerative Neurology Clinic into a new phase of discovery and achievement as it realises its ambition to create a legacy of better outcomes for generations of people with MS and non-MS neurodegenerative diseases.

‘It’s a matter of great pride for me that the clinic has combined these lofty ambitions with practical, on the ground support and care for people with MS, regardless of stage and type – I’ve heard at first-hand what a difference this support can make.

‘I am confident that the combination of clinical research and practical support delivered by Professor Siddharthan Chandran and his exemplary team will create a definitive step-change for people with MS and associated conditions.’ 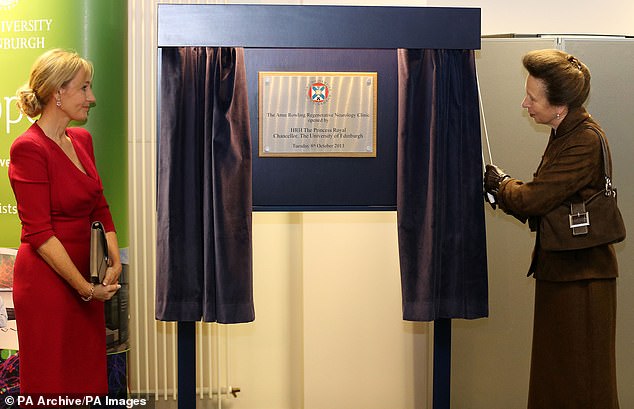 University experts hope the donation will help have a lasting impact on people with the condition and their families. Pictured, the author opening the centre with Princess Anne in 2010

Prof Chandran, director of the clinic, said: ‘Our research is shaped by listening to, and involving, individuals who are living with these tough conditions.

‘The Anne Rowling Clinic’s vision is to offer everyone with MS or other neurodegenerative diseases, such as MND, the opportunity to participate in a suite of clinical studies and trials.

‘This incredibly far-sighted and generous donation will unlock the potential of personalised medicine for people with MS in Scotland and further afield.’

Rhian Sugden units pulses racing as she poses topless for dangerous underwear marketing campaign
Transgender couple Hannah and Jake Graf to start a family
Bully grabs schoolgirl by the hair then punches, kicks and drags her along Haringey pavement
One woman reveals the toll of having a miracle baby
Evidence may have been lost because Facebook refused to hand over Lucy McHugh's Facebook data
British man trapped down 13ft well for SIX DAYS with a broken leg
Thousands gather on the streets of Tel Aviv in Israel to protest job losses caused by coronavirus
Prince Harry initially 'refused trial period' before leaving Royals