has showered her political inner circle with gongs in her resignation honours list – including a knighthood for her chief negotiator Olly Robbins.

The most eye-catching award was a long-coveted knighthood for Mrs May’s childhood cricketing hero Geoffrey Boycott, and another for fellow former England cricket captain Andrew Strauss.

But the former prime minister also nominated a string of Tory MPs, former aides, party donors and civil servants for honours and peerages.

The knighthood for Sir Olly sparked a Eurosceptic Tory backlash. The senior civil servant spearheaded talks with the EU throughout Mrs May’s time in Number 10 and became a hate figure for hard-line Brexiteers, who claimed he wasn’t tough enough with Brussels. 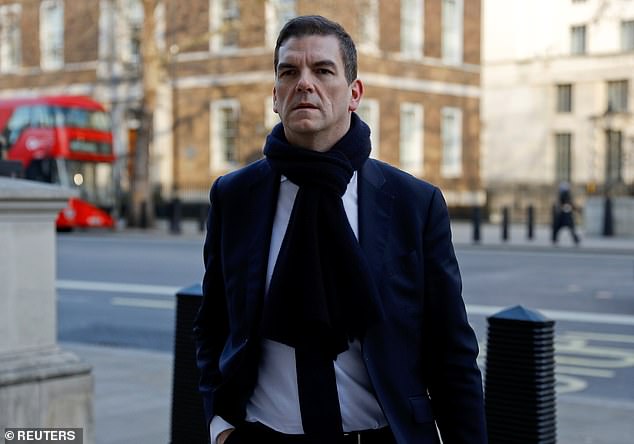 The knighthood for Sir Olly (pictured in January 2019, at the Cabinet Office) sparked a Eurosceptic Tory backlash

Last night it was announced that Mr Robbins will leave the Civil Service next year and take up a position as a managing director in the investment banking division of Goldman Sachs.

Mrs May’s allies defended Sir Olly’s honour, with one source close to the former PM saying: ‘This list recognises the many different people who have made a significant contribution to public life during Theresa May’s political career.

‘It includes not only political colleagues but members of the civil service, civic society, the NHS and the sporting world.’

But a Tory Brexiteer MP said: ‘I would have thought a Legion d’honneur would have been more appropriate for his services to the European Union.’ 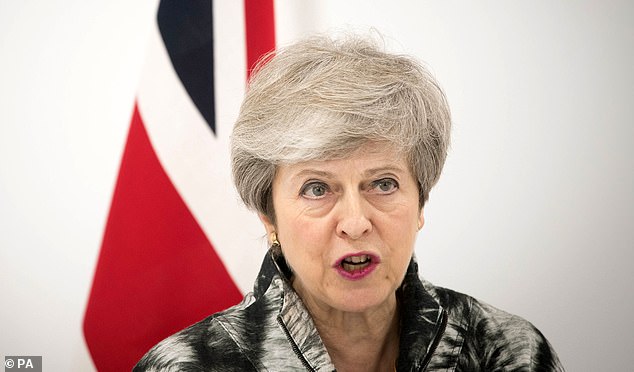 She handed peerages to four senior Downing Street advisers, including her chief of staff Gavin Barwell. Her former director of Communications, Robbie Gibb, is knighted.

Avid cricket fan Mrs May has long idolised Sir Geoffrey, 78. Appearing on the BBC’s Test Match Special two years ago, she praised his style with the bat.

Sir Andrew is knighted for services to cricket and for charity work he undertook in honour of his late wife Ruth, who died from cancer last year at 46.

MP John Mann, who announced at the weekend he was quitting Labour to become a government anti-Semitism ‘tsar’, has been nominated for a crossbench peerage.

Rocco Ritchie, 18, makes his own style rules in wide leg tweed trousers
Incredible footage shows a tiny shark embryo wiggling around inside its transparent egg case
Karl Lagerfeld dies at 85: Chanel muse Diane Kruger leads stars paying tribute to the design icon
Iran announces 3-day navy drill from Gulf to Indian Ocean
Forget money, marriage and health are key to happiness
Sarah Beeny's 97-room mansion, which she bought for £440,000 sells for a cool £1.4million
Revealed! What it's like to work as a criminal psychiatrist
Carrie Symonds looks elegant in a sari as she appears on the campaign trail with Boris Johnson