Severe turbulence injured 13 people as a flight prepared to land in on Monday, with one woman left in a serious condition.

The flight was nearing its final destination, returning from Lamezia Terme, when the captain, spotted a ‘closed-cloud formation at an altitude of 9000 meters,’ according to a Eurowings spokeswoman. 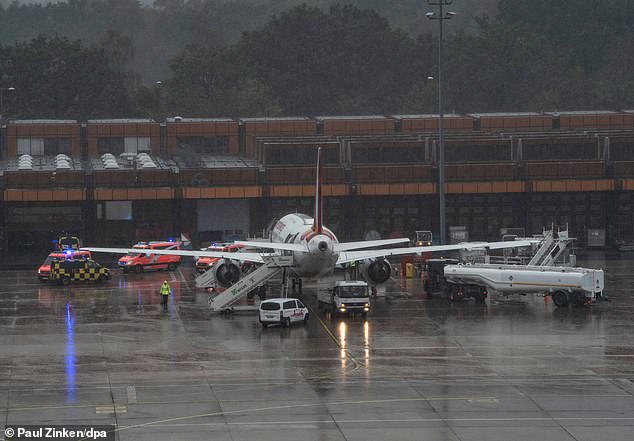 On Monday, a Eurowings aircraft (pictured) ran into turbulence before landing at Berlin’s Tegel airport. 13 people were injured but a doctor decided only eight needed further medical attention. Among those was one woman who was ‘seriously injured’ but her condition is not thought to be life-threatening 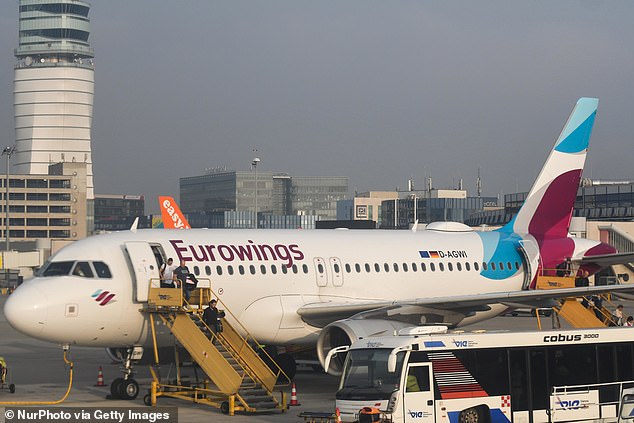 ‘He then switched on the seat belt signs as a precaution. These would normally go on about ten minutes before landing once the aircraft is at an altitude of 3000 metres,’ she said.

It’s reported the captain then made an announcement in both German and English to warn the passengers of the stormy conditions ahead and to ask them to return to their seats and fasten their seatbelts.

According to , people ignored him and left their seatbelts unfastened.

‘During the announcement there was indeed turbulence, in which passengers who had not yet fastened their seat belts this quickly were unfortunately injured,’ the spokeswoman added.

On landing, emergency services, including the fire brigade and ambulances, rushed to the plane to provide assistance.

The seriously injured female passenger is not thought to be in a life-threatening condition.

The rest of the passengers were taken to the terminal.