Homicide detectives are investigating the death of a boy with autism who was found dead in a public pool  hours after he was reported missing.

The body of Zavire Dion Portis, 9, was discovered in a pool in a 55-acre Inglewood park at 9.30pm on Sunday, after he wandered away from his mother’s car just before 4pm, police said.

Lieutenant Neal Cochran claimed the boy’s mother got out of the car to get water from the fountain, and when she returned, the boy’s two siblings told her he had wandered off. 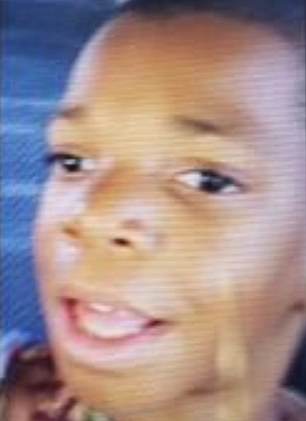 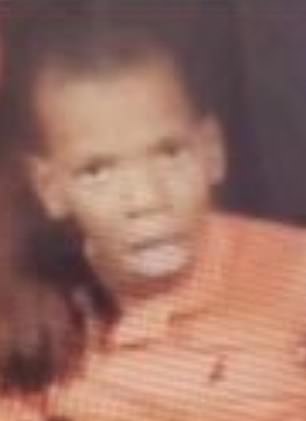 The body of Zavire Dion Portis, 9, (pictured), was discovered in a pool in a 55-acre Inglewood park at 9.30pm hours after he wandered away from his mother’s car just before 4 pm Sunday 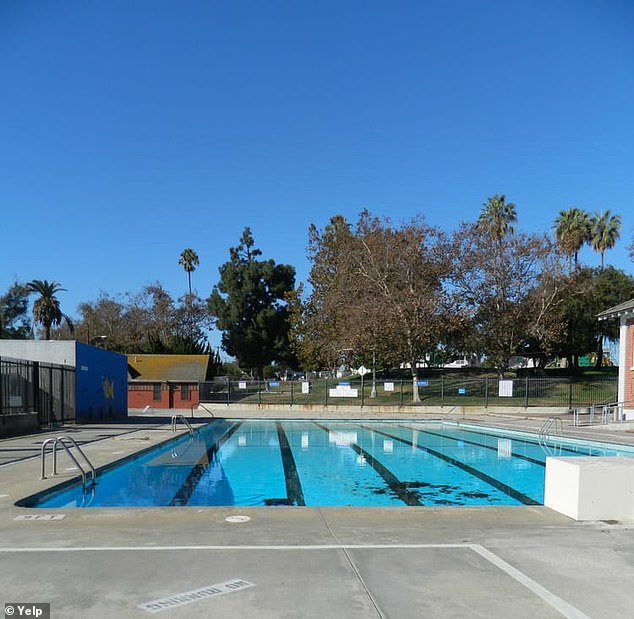 Authorities began searching Edward Vincent Jr Park in the 700 block of E. Warren Lane after urging the public for help in searching for Zavire, who was non-verbal. The tragedy occurred at Inglewood Park Pool.

Police had used a K9 and a helicopter to search the area but were unable to find the boy.

At around 9.30 pm Sunday, park patrons told officers that a child’s body was in the pool. Officers recovered the body and Zavire was identified by family members.

reported that neighborhood children went to the pool for a night swim, and found Zavire at the bottom. 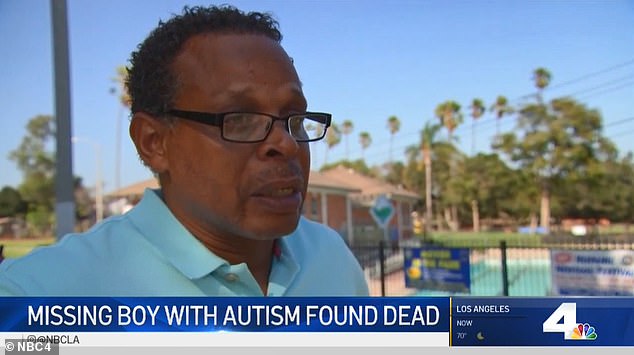 The child’s father Zedric Portis, (pictured), said that his son was in foster care, and was visiting his mother at the park when the tragedy occurred 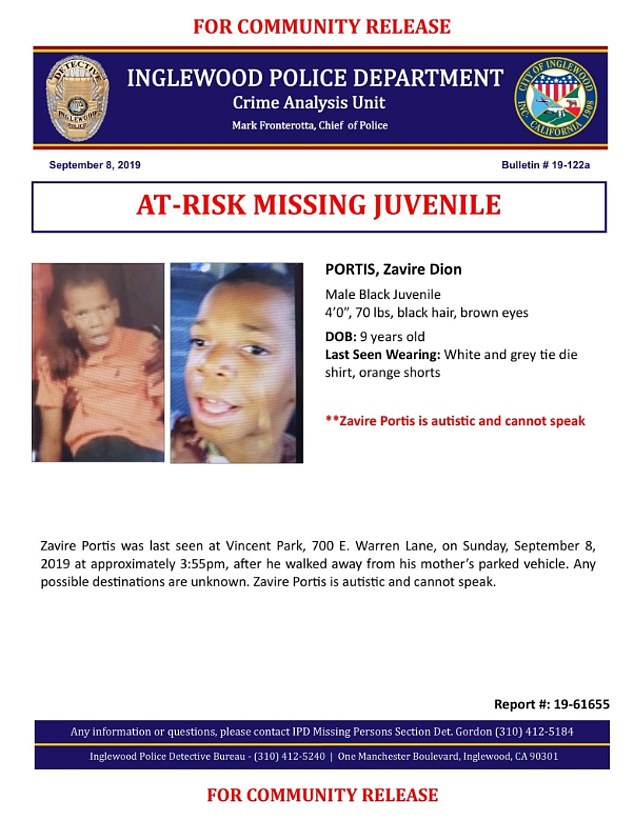 At around 9.30 pm Sunday, park patrons told officers that a child’s body was in the pool. Officers recovered the body and it was identified by family members

The children told officers they got in to the water and pulled his body to the surface, but he was dead already.

They were not able to provide investigators with information as they are also special needs children,  reported.

The child’s father Zedric Portis said that his son was in foster care, and was visiting his mother at the park when the tragedy occurred.

He told NBC Los Angeles: ‘It’s hard for me to accept it, I cant believe it, you cant even get in there. He was nine-years-old.

‘He was nice, kind,he had a good spirit, he couldn’t talk but I learned to communicate with him and everything else.’ 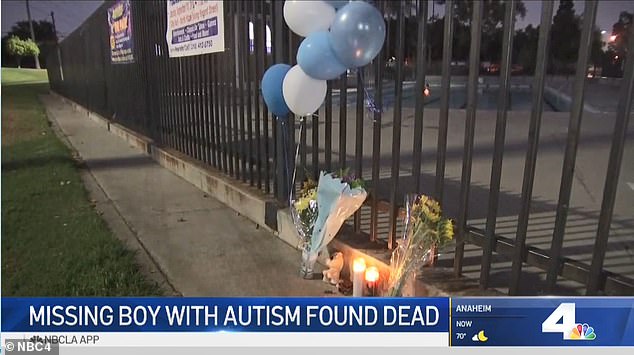 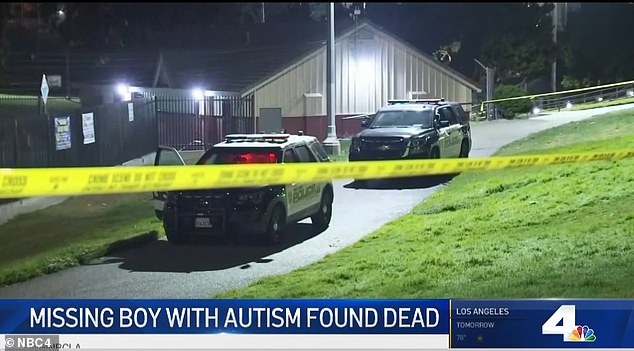 Cops said the drowning was likely an accident, but they were going to investigate all possible avenues.

‘On behalf of the City of Inglewood, I give condolences and prayers to the family of Zavire Dion Portis, a 9-year old child who died in an accidental drowning yesterday at Edward Vincent Park,’  Inglewood Mayor James T. Butts said in a statement.

Relatives visited the park on Tuesday and said they were searching for answers as to how the boy accessed the pool area which would have been locked at the time.

The claimed that he could not have climbed a 7-foot-tall iron fence by himself. Relatives also told the outlet they had last saw Zavire with his mother about one month ago.

Guilty dog plays it cool in interrogation video after messing up his owner's home with Easy Cheese
Amazing NASA video shows what a rocket launching into space looks like to an astronaut in space
White House swears Trump is in the Oval as Marines who guard the West Wing go missing
Baldwin reprises Trump on SNL for game of Deal or No Deal and ends government shutdown for hamberder
Nearly 3,000 piglets spill onto highway when truck crashes
Julian Castro stood on a box that made him look taller during debate before landing low blow
'Terrifying' moment thousands of black grackle birds swarm the parking lot of Texas shopping center
US coronavirus: Cuomo says Trump's quarantine proposal would mean war