Todd Palin has filed for divorce from former Alaska governor and 2008 vice-presidential candidate Sarah Palin after 31 years of marriage.

Todd moved to dissolve his marriage in a document filed in Anchorage Superior Court on Friday, according Anchorage-based blogger .

The filing cited an ‘incompatibility of temperament between the parties such that they find it impossible to live together as husband and wife’.

Sarah and Todd, both 55, have been married since 1988 and share five children. 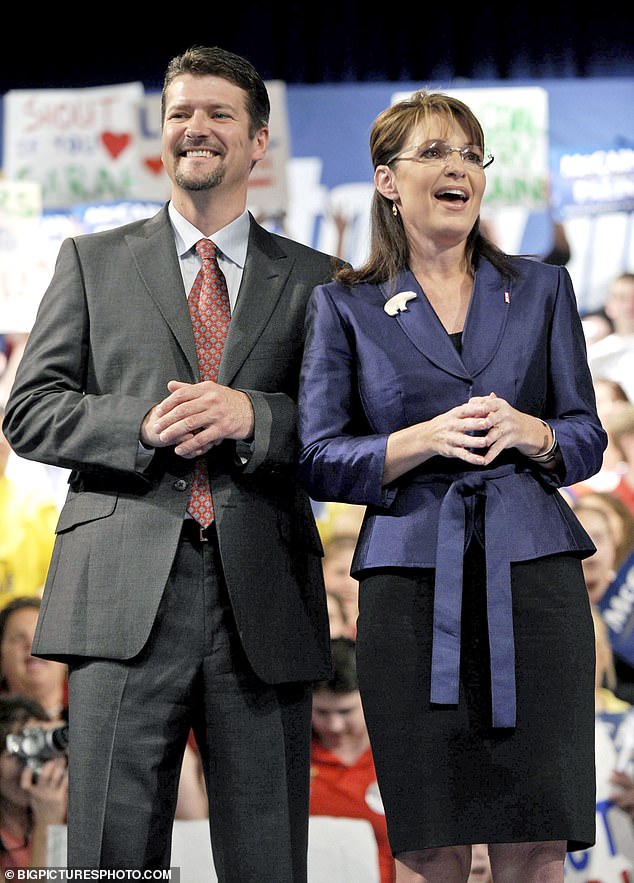 Todd Palin has filed for divorce from former Alaska governor and 2008 vice-presidential candidate Sarah Palin after 31 years of marriage. The couple are pictured in 2008

The filing uses initials – TMP and SLP – rather than full names, but it was traced back to the couple through the marriage date and the birth date of their only child who is a minor, 11-year-old son Trig.

The filing asks for joint legal custody of the child. The divorce will not be of legal concern to their four adult children: Track, 30, Bristol, 28, Willow, 25, and Piper, 18.

Todd is being represented by Anchorage attorney Kimberlee Colbo, who has declined to comment.

Colbo filed an official request with the court to designate the divorce confidential as it moves forward.

Sarah Palin was elected governor of Alaska in 2006 and her family was thrust into the national spotlight two years later when Republican presidential nominee John McCain added her to his ticket as vice president.

McCain and Palin lost the election to Barack Obama and Joe Biden, and Palin resigned as governor the following year.

Sarah remained a household name and prominent voice in the Republican Party. She was among the first politicians to endorse Donald Trump’s candidacy in 2016.

Last September Sarah and Todd sat down for an exclusive interview with DailyMailTV at their family compound home in Wasilla, Alaska.

They opened up about the challenges that had tested their 30-year marriage, including their daughter Bristol’s pregnancy at 17, their son Track’s battle with substance abuse and their son Trig’s Down Syndrome.

Georgia officials search for middle school teacher, 28, accused of having sex with his male student
Tentative settlement reached in NHL concussion lawsuit
Ethiopian air crash: Airlines ground Boeing 737 Max 8 jets
Boy, 5, who was thrown from third-story balcony at Mall of America is 'alert and conscious'
Donald Trump launches furious attack on whistle-blower's sources
Goldman Sachs now predicts the U.S. economy will drop 34% in the second quarter
Killer coronavirus lingers in the air of crowded spaces and rooms that lack ventilation
15,000 'excess deaths' in the US suggest that many more died of COVID