An 82-year-old man known as the ‘Holiday burglar’ who allegedly slipped into ritzy New York apartment buildings by pretending he lived there has been arrested, ending years of unsolved robberies, cops say.

It was a suspicious doorman at a building on the Upper East Side over Labor Day weekend who helped nab Samuel Sabatino, who is alleged to have carried out at least a dozen burglaries going back five years that yielded $400,000 in jewelry and watches, according to police.

Sabatino was told by the doorman to leave the premises, not knowing that upon exiting he would run into plain clothes officers who had been watching him.

‘I’m relieved because this was becoming a yearly occurrence, because we could expect to get hit on Memorial Day, Fourth of July and Labor Day weekend every summer,’ Lieutenant Kevin Blake told the . 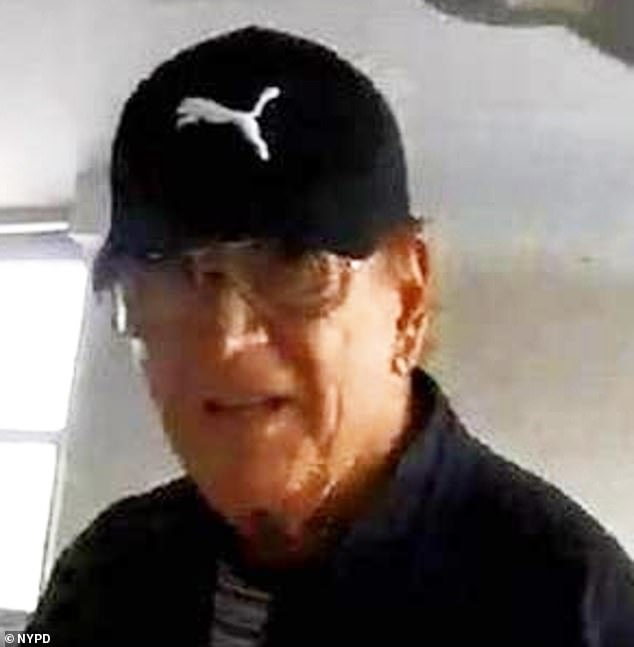 Samuel Sabatino, 82, in a video still released by the NYPD in 2015. Cops say Sabatino’s criminal record goes back decades. Lieutenant Kevin Blake described him as a ‘career criminal,’ who has had brushes with the law going back to the late 1960s, almost all for burglaries

‘And it was becoming a bit frustrating that we couldn’t catch the guy. I mean he’s 82 years old, but he was elusive to say the least.’

The NYPD confirmed Sabatino was arrested August 31 and charged with 11 counts of burglary, in what what prosecutors called an ‘extensive and high-tech investigation’ across multiple states.

The 5-foot-9, 195lbs senior citizen is being detained at the Manhattan Detention Complex. If convicted, he faces up to 15 years in prison.

Renee Hill, his co-defense lawyer, said it was too early to comment on the allegations made against her client.

‘He’s 82-year-sold and a very charming man,’ the Bronx attorney told DailyMail.com. ‘I cannot really give any comments at this time.’

Using an unassuming nature, Sabatino allegedly mingled with residents and even complimented to them about their dogs so that he could walk into the buildings appearing like he was one of them, authorities claim.

If he detected, he would claim confusion and say he had walked into the wrong building.

‘Not your typical ski mask-type guy,’ Blake, who supervised the investigation, told the Times. ‘He looks like your typical elderly gentleman.’

Sabatino, also known as the ‘Fourth of July’ burglar, was believed to have driven up from Miami to New York and sometimes California, Arizona and Pennsylvania on holidays to target upscale apartments when residents were away on vacation.

Traveling to the top, or near the top of his target buildings, Sabatino would look for apartment entrances where newspapers were piling up or packages were left in the hallway, police said.

His relatives did not immediately respond when DailyMail.com reached out.

Trina, his daughter, sounded shocked when the Times asked about her father’s arrest. ‘Oh no!’ she cried over the phone, letting out a long wail.

‘But he’s 81!’ the daughter said, declining to comment further on her dad’s life or his motive. 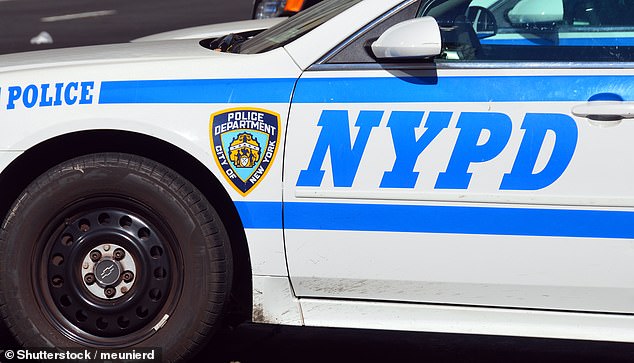 It wasn’t the first time that Sabatino allegedly targeted an Upper East Side building. In 2001, a resident found him inside his apartment with 42 pieces of jewelry in his pockets. Facing 15 years in jail, Sabatino went on the lamb, police say until his latest arrest

Cops say Sabatino’s criminal record goes back decades. Blake described him to the Times as a ‘career criminal,’ who has had brushes with the law going back to the late 1960s, almost all for burglaries.

It wasn’t the first time either that he was caught for allegedly targeting an Upper East Side building.

In 2001, a resident found him inside his apartment, according to a criminal complaint, reports the Times.

Sabatino pretended to be checking for gas leaks, but a doorman still called cops.

Sabatino had 42 pieces of jewelry in his pockets and a list of apartments with times noted next to them, the complaint said. If found guilty, he was facing 15 years in jail for the alleged burglaries.

Police say he jumped bail and managed to elude authorities through the use of different identities.

Rachel Polisner, an assistant district attorney at Sabatino’s arraignment, said that for years, he went by James Clement and other names, reports the Times.

Polisner requested that the judge set bail at $1 million, saying he was a flight risk.