Tiffany Trump is seen pouting suggestively in a 30-minute-long black-and-white similar to one her mother Marla Maples filmed only two months after announced he was launching a bid for the White House.

All 100 women who took part don’t utter a word and are filmed from a perspective where they at least appear nude. A video shows one model head-to-toe naked and covering her modesty with just her hands.

Nathan shared in a YouTube caption on Saturday that Tiffany’s video was recorded one year before election day at RED Digital Cinema . 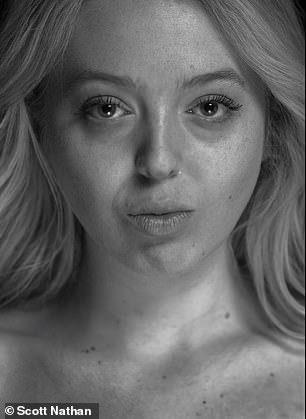 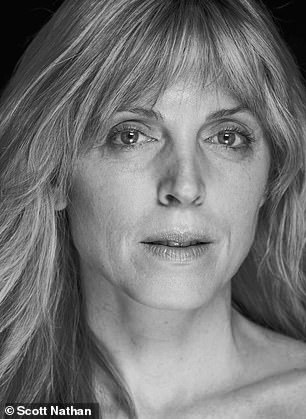 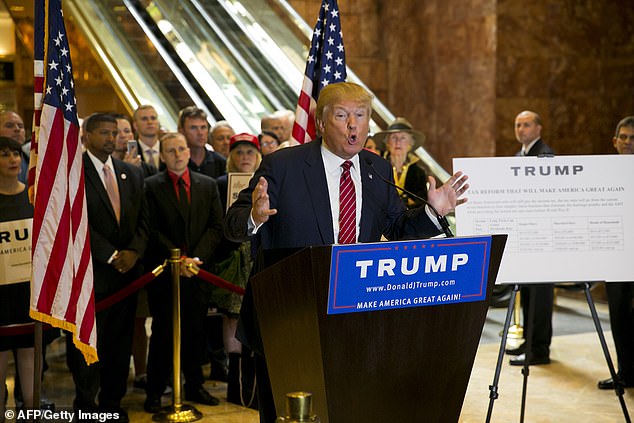 But in post-Confessional interviews, Tiffany and Maples sit fully-clothed at the open up about the soul-baring experience that left them alone with just their thoughts and the 1957 album Ascenseur pour l’échafaud.

When Tiffany finally gets to talk she says that for half an hour ‘there wasn’t necessarily one person I thought about in particular’. She adds it was about ‘finding the peace within’.

She admits she was aware of the camera but puts it down to the way she grew up in the spotlight.

‘We’re so focused on what people think of us. We’re in this ‘like’ generation where we’e judged by how much social media presence we have or how much likes we’re gonna get for a photo,’ Tiffany shares.

‘This process is about not being judged, to not think about the physical aspects but rather to be at one and present. It’s a beautiful idea that Scott came up with.’ 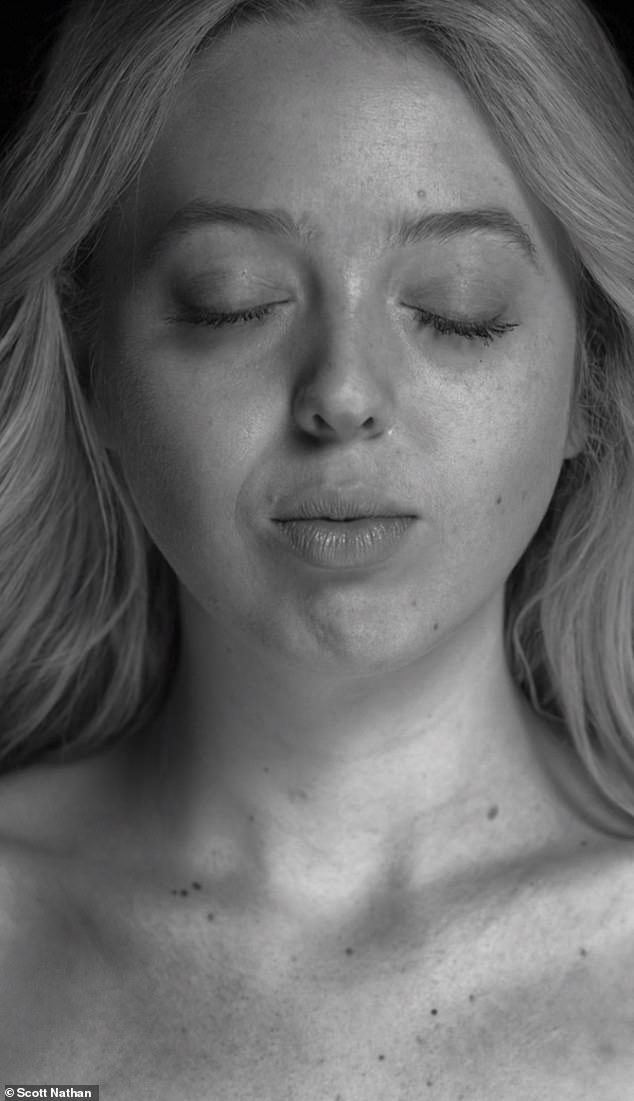 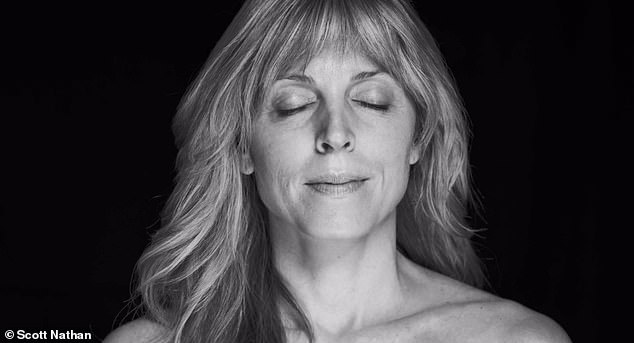 It seems Tiffany – who requested to be a part of the project – didn’t think her father would be elected when she sat for filming.

Nathan told the she ‘rolled her eyes and smiled nervously’ when he brought up the topic of Trump possibly winning.

After a delay in release, Nathan finally shared some of the project at Frieze art fair in February, but the clips of Trump’s second wife Maples, and his daughter, now 25, have not been seen until now.

Los Angeles-based Nathan shared that he stayed in touch with the women after the collaboration.

Nathan claimed Tiffany even confided in him that she didn’t want her half-siblings to know she had no money and would not ask for their help obtaining an outfit for the 2016 Republican National Convention. 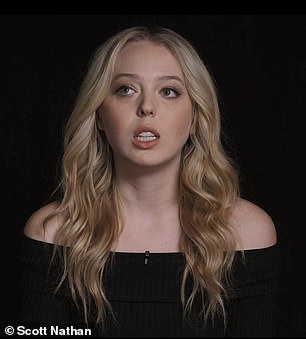 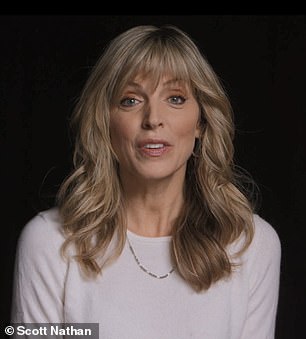 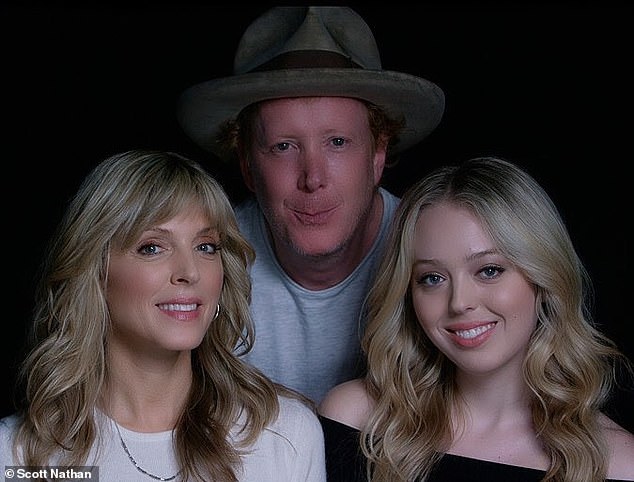 ‘I suggested she ask Ivanka. I said “Ivanka has probably one of the great closets in Manhattan. Ask to borrow something.” She was reluctant and embarrassed to ask. She said “I don’t want her to know I don’t have any money,” Nathan told the Post.

Speaking about her discount attire ordered from Nordstrom Rack online, Nathan added: ‘I couldn’t for the life of me understand how no one in that entire family or campaign thought to get Tiffany a full glam team for such an important event. It was shocking.’ 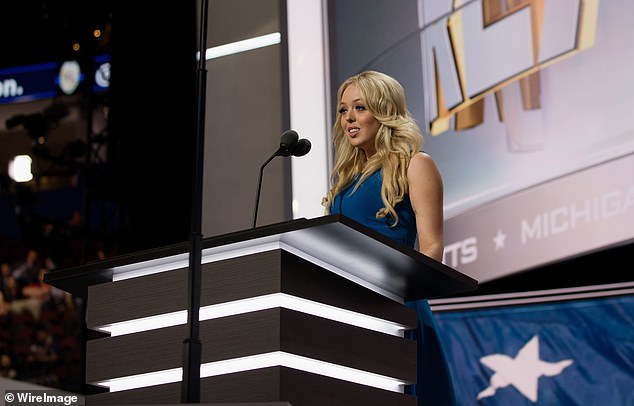 Tiffany Trump speaks at the second day of the Republican National Convention on July 19, 2016 at the Quicken Loans Arena in Cleveland, Ohio 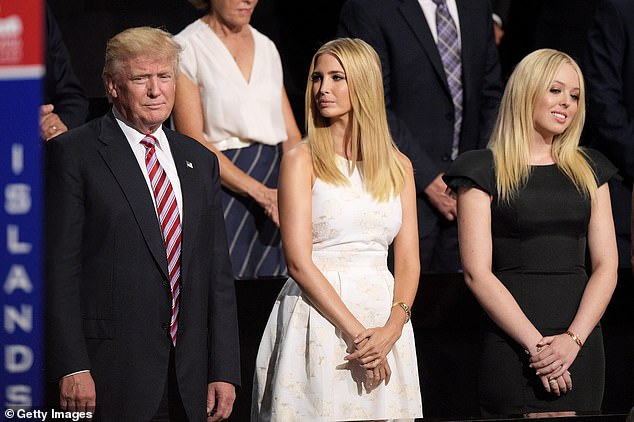 Photographer Nathan says Tiffany was embarrassed to ask Tiffany for a dress for the RNC because she didn’t want Ivanka to know she ‘doesn’t ave any money’. Trump, Ivanka Trump and Tiffany Trump stand during the third day of the Republican National Convention in July 2016

28-day highway journey to survival: Dad and mom of 10-year-old lady with appendicitis flee Venezuela
Tiger Woods' ex-mistress is pictured in her mugshot
Fantastic Beasts: The Crimes of Grindewald is panned by critics who say it is 'grim to watch'
Kellyanne Conway hits the beach on family vacation while husband George bashes her boss
Tennis fan who was told not to get selfie with Meghan at Wimbledon says he didn't know she was there
Secret Service move in to stop full-on BRAWL at the White House after Trump's social media summit
Neighbor of Botham Jean who delivered testimony in Amber Guyger murder trial is shot dead
Bishop spent $4.6m renovating mansion church sold for $1.2m