It was a rough opening week of the NFL season for the Jacksonville Jaguars who not only lost their starting quarterback to injury but also had a star linebacker ejected from the game.

During the second quarter of the Jaguars home opener against the Kansas City Chiefs, Myles Jack was thrown out for punching Demarcus Robinson at TIAA Bank Field in Jacksonville.

The incident began in the endzone, where Jack is seen pushing Chiefs receiver Sammy Watkins.

Moments earlier, Watkins had taken Jack down on a play, angering the fourth-year linebacker. 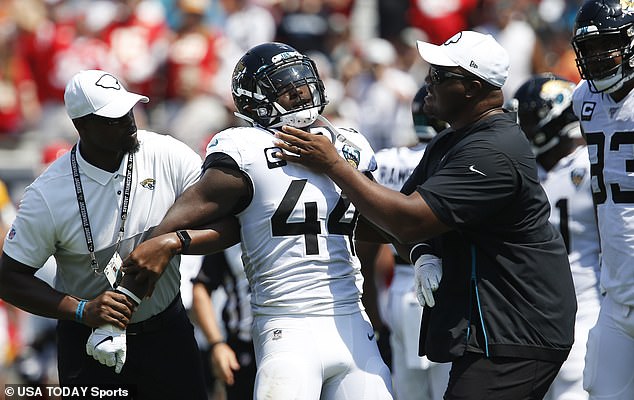 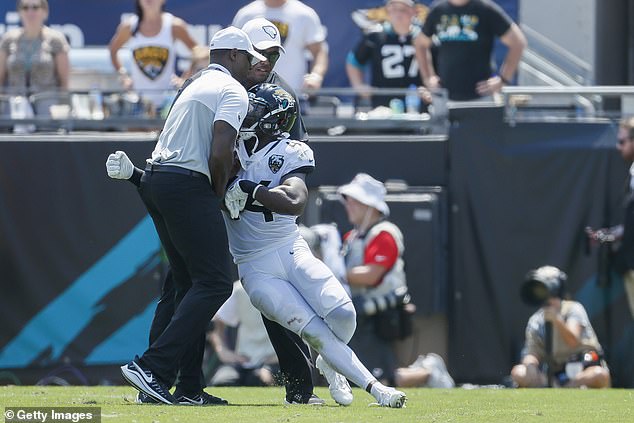 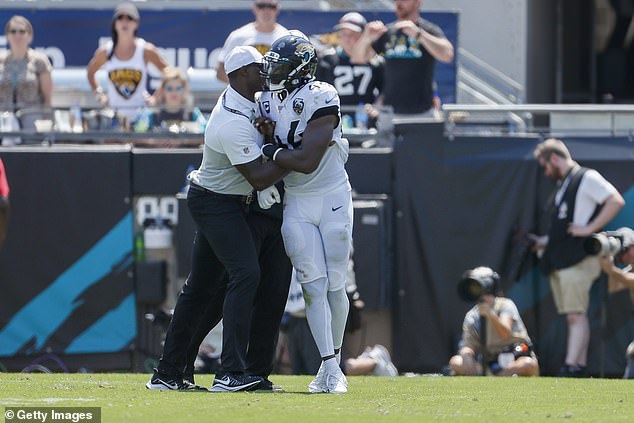 When Jack retaliated against Watkins, Robinson came to the aid of his teammate and pushed Jack from behind.

Jack and Robinson then began to exchange words.

The Jaguars linebacker then appeared to lose his temper and threw a punch at Robinson, prompting the officials to eject him from the game.

But the turmoil did not end there.

Jack needed to be restrained by teammates as he vented his anger over being thrown out.

Although Jack was ejected, he refused to leave the game. Two team officials from the Jaguars had to physically escort Jack off the field.

The Jaguars were already reeling from the loss of starting quarterback Nick Foles.

Foles, who won a Super Bowl with the Phildelphia Eagles after stepping in for the injured Carson Wentz, was knocked out of the game with a left shoulder injury.

Foles left the bench with medical personnel after throwing a 35-yard touchdown pass to DJ Chark in the first quarter against Kansas City. Defensive tackle Chris Jones slammed Foles to the ground and landed on him after he released the ball.