Ultra-Orthodox Jews in Brooklyn are said to be unhappy with being treated like they’re ‘on some sort of display’ as if they’re ‘in a zoo’ by tourists who flock to their neighborhoods to take photos of their traditional clothes and customs.

Residents of Orthodox communities in Williamsburg and Crown Heights told the that they are not amused by the way sightseeing tours bus hundreds of tourists into their neighborhoods for ‘contrast’ tours daily.

‘People snap pictures of you like you’re on some sort of display — like you’re in a zoo,’ one member of Williamsburg’s Satmar community, Chaim, 42, told the newspaper, adding, ‘We are people, not animals to be photographed.’ 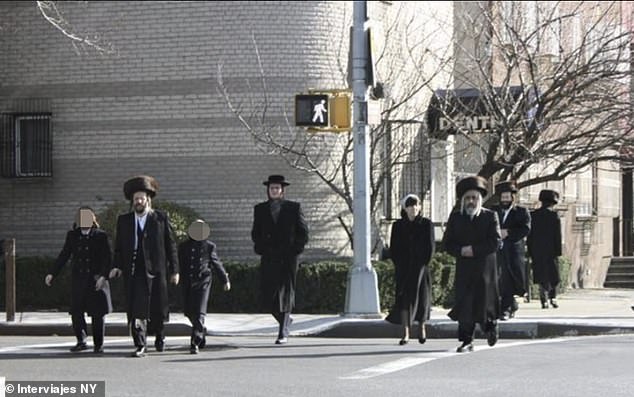 Residents of Brooklyn’s ultra-Orthodox communities say they don’t appreciate being treated like they’re ‘in a zoo’ by tour groups that take pictures of them without their consent. This image appears on ‘contrast’ tour operator InterviajesNY’s Facebook page 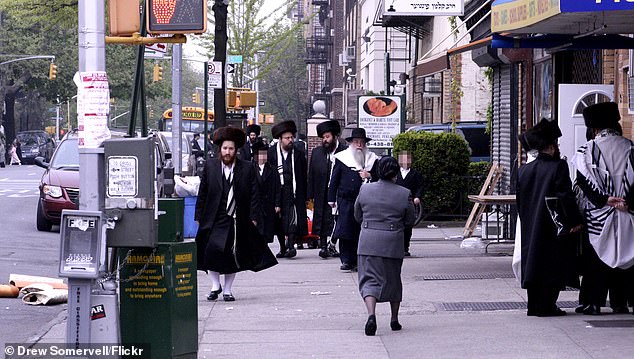 Residents said that tourists are particularly enamored of taking photos of Orthodox men when they’re wearing their traditional large, round fur hats, aka shtreimels (seen here), on Saturdays

Although InterviajesNY, Tour America and Civitatis have been operating the so-called ‘contrast’ tours for years, residents say that the frequency and volume of the tourists descending upon their neighborhood increased over the summer, leaving many residents angry about being constantly photographed without their consent.

Max Hauer, 41, of Williamsburg’s Satmar area, said that the neighborhood has ‘become a “must see” for tourists,’ thanks to Netflix’s popular Israeli series, Shtisel, and the One of Us documentary.

As a result, the visitors ‘see me as a freak’ and that because they ‘see us as people from another world’ they think it’s okay for them to take photographs without consent and stare at them with abandon.

Hauer noted that the intrusive photography sessions were even more intense on Saturdays, when men wore their shtreimels, or large, round fur hats. 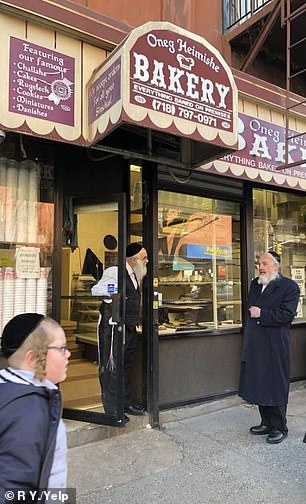 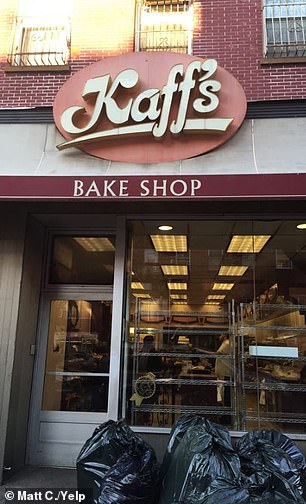 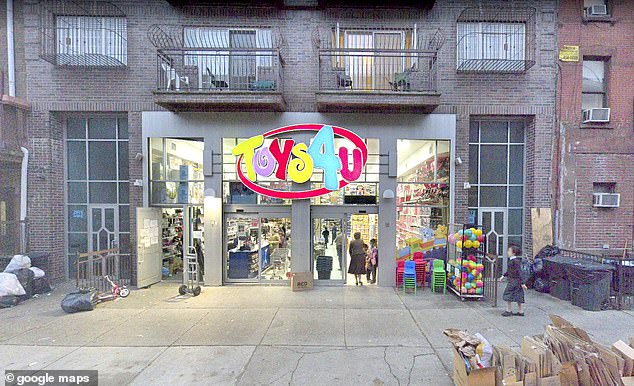 Another popular stop on the tours is the Hasidic toy shop, Toys 4 U 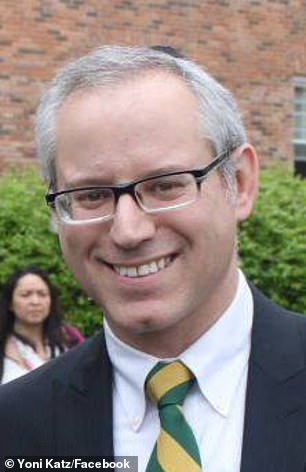 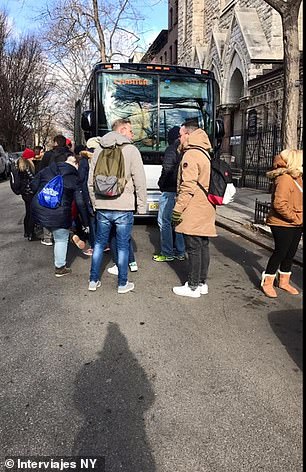 Rabbi Yoni Katz (left) operates a tour in Crown Heights, during which he takes visitors into a wig shop that caters to Hasidic women. An InterviajesNY tour group (right)

‘Whenever I go to synagogue…they’ll all start snapping photos in front of my face,’ Hauer said.

The Post said that while taking a Spanish-language tour with InterviajesNY, the tour guide referenced a myth about Orthodox Jews using a sheet with a strategic hole in it during sex, among other stereotypes about the the community. Tour group attendees, meanwhile, were observed pointing at a Hasidic woman and loudly inquiring if she was wearing a wig.

Meanwhile, in Crown Heights, Rabbi Yoni Katz has been known to take his tour groups into sheitels, shops that sell wigs to Hasidic women who are must, according to Jewish law, cover their heads.

A Hasidic woman told The Post that she takes umbrage at the scanty clothing that tourists wear while in her Orthodox neighborhood.

‘The levels of modesty are totally against our beliefs,’ she said, noting that residents have ‘a right’ to ask that tourists respect their customs when walking around their streets.

As such, some stores were said to have started putting up signs that request ‘Conservative Dress’ or bar people from entering the premise if they are shirtless or barefoot or are wearing sorts or tank tops.