Despite winning an Emmy for his tongue-in-cheek depiction of the President, the actor, 61, said he would sit in his dressing room and think ‘I wish a meteor would hit the building and kill me’.

He added the role was a lot of ‘fun fun fun’ for the first two seasons, but in the more recent seasons he hated it and he ‘doesn’t want to ever do it again’.

With SNL 45th season set to start in a few weeks, the Boss Baby actor added: ‘I think every time I did Trump after the first season—the first season everybody was high, they were in a lot of pain, they were confused. 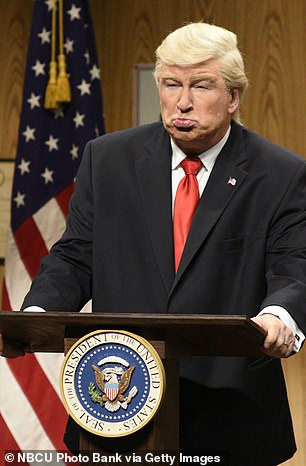 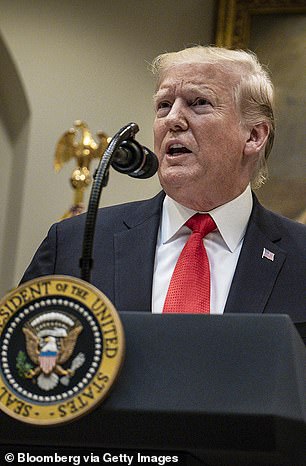 ‘Even those who didn’t like Hillary Clinton thought it was impossible that Trump would win the election, the actor added.

He added that he thought people were sick of his portrayal of the Republican, and he was sick of playing him.

‘I don’t want to do it anymore’ he added.

Alec shared the comments in an interview with former SNL star Kevin Nealon, for his YouTube series, .

In the 18-minute clip, he also revealed that he wouldn’t dismiss a bid to run for office himself. 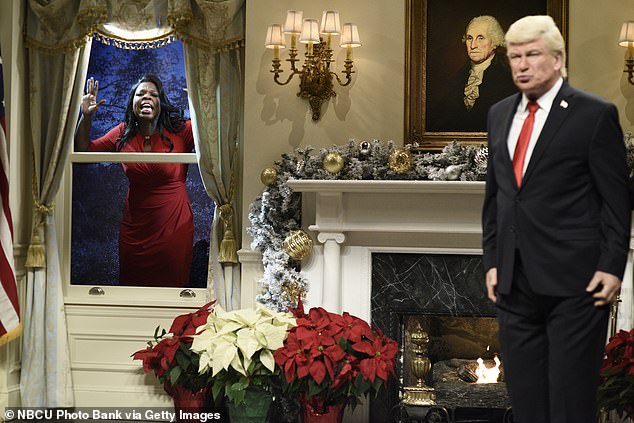 ‘Alec, is it fair to say most people know you from your Trump portrayal on SNL?’ Nealon asks.

When Baldwin responds affirmatively, Nealon questions, ‘I guess he likes it?’

‘I mean I don’t know him. I think he likes any attention he gets’.

The comments come a year after he Baldwin threw doubt on returning to the role which turned him into a viral sensation across the world. 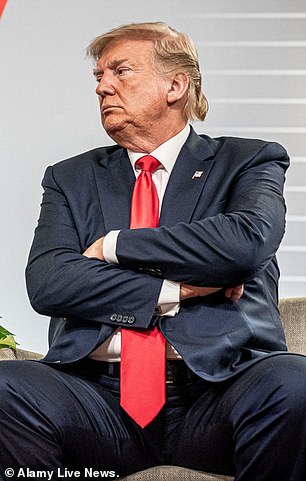 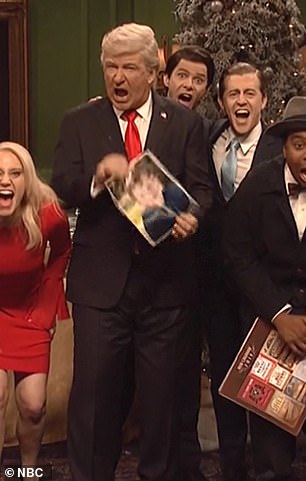 Despite winning an Emmy for his tongue-in-cheek depiction of the President (left), the actor, 61 (right), said he would sit in his dressing room and think ‘I wish a meteor would hit the building and kill me’. He added the role was a lot of ‘fun fun fun’ for the first two seasons, but in the more recent seasons he hated it and he ‘doesn’t want to ever do it again’.

Baldwin also said he’d ‘love to run’ for public office, but his wife Hilaria said she would ‘divorce him’ if he did.

Nealon questioned if the actor had too ‘baggage’ to run for president to which he quipped ‘Trump had a lot of baggage and he won. I don’t think any of my baggage was sexual assault.’

‘My baggage is taking the bait’.

Referring to a recent run-in with law he added ‘I wouldn’t be tussling with someone over a parking spot if I were president’. 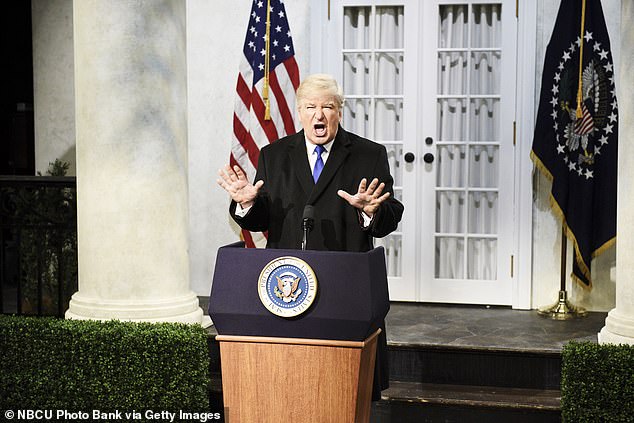 Presidential aspirations? The 30 Rock actor says he ‘would love to,’ run for political office 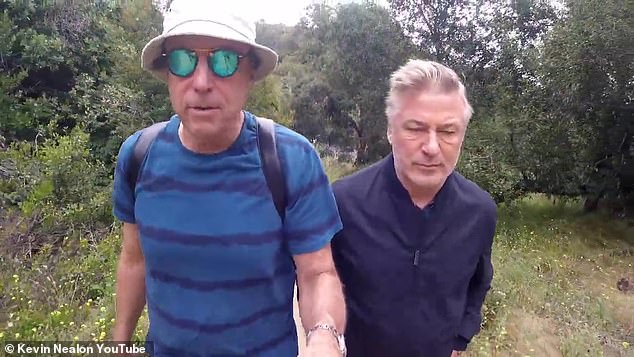 ‘We’re gonna have a fifth baby’: ‘We have four kids. She wants to have another one. We’re having another one,’ Alec Baldwin, 61, tells Kevin Nealon, 65,  in a PEOPLE-exclusive clip from the episode in an article published Wednesday

Elsewhere in the interview, Baldwin added that Tom Hanks would be his running mate and that he and his wife, 35, are planning to have a fifth child.

The revelation was prompted when Nealon asked Baldwin to finish the sentence: ‘I wish I had more…’ and Baldwin responds: ‘Money, so I can leave it to my wife when I’m dead, because I’m not gonna be around much longer, let’s face it, and I need to leave my wife a huge pile … a gigantic pile.’

Alec also has a daughter Ireland, 23, from his first marriage to Kim Basinger, 65. 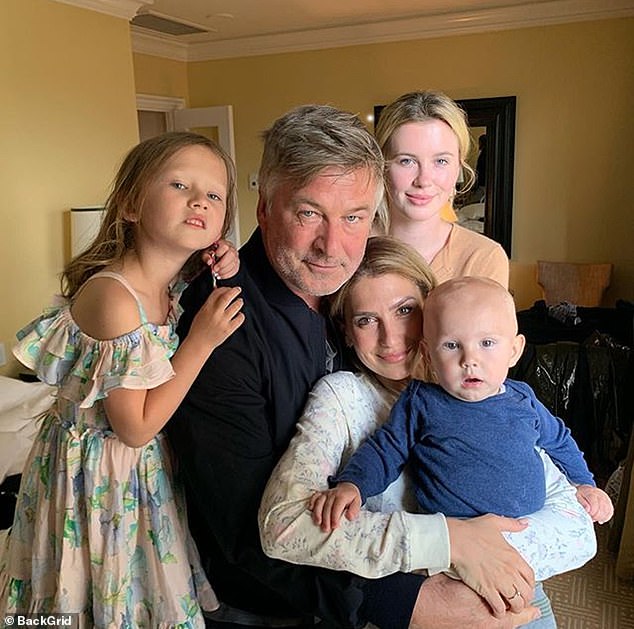 Not so fast! But the proverbial fifth bun is not yet in the oven, at least, ‘not that I know of,’ Alec says 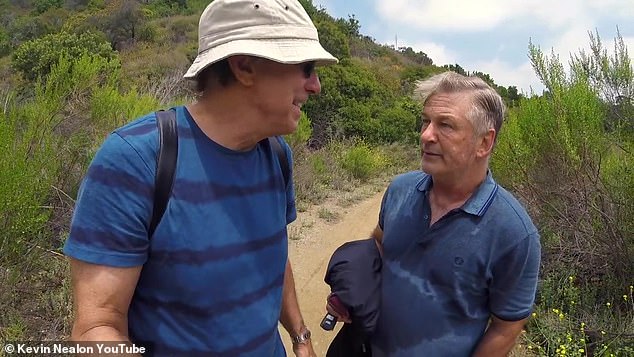 Baby number five: ‘Are you having a fifth baby?’ Nealon asks. ‘We’re gonna have a fifth one, yeah,’ the Beatlejuice actor responds