The murders of three Northern Ireland policemen in an IRA bomb attack are to be reinvestigated by a team of independent detectives.

Former Bedfordshire chief constable Jon Boutcher is to lead the inquiry into the landmine blast that claimed the lives of Royal Ulster Constabulary Sergeant Sean Quinn and constables Allan McCloy and Paul Hamilton at Kinnego embankment in County Armagh on October 27 1982. 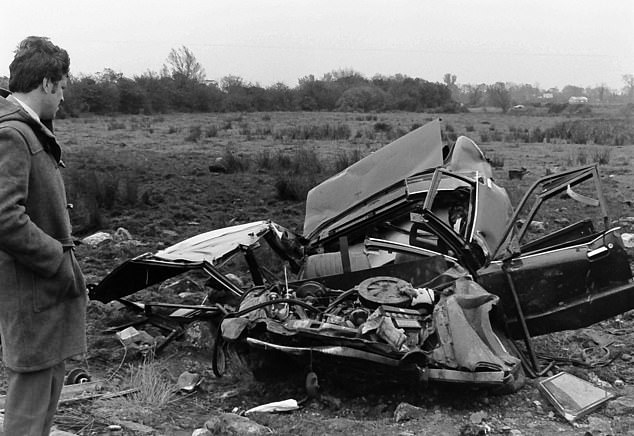 The murders of three Northern Ireland policemen in an IRA bomb attack, at Kinnego embankment in County Armagh on October 27 1982, are to be reinvestigated by a team of independent detectives

The Kinnego bomb blast was a key incident in a sequence of events that led the security forces in Northern Ireland to be accused of operating a ‘shoot-to-kill’ policy in the early 1980s.

The ‘shoot-to-kill’ cases involved six people, including IRA men and a Catholic teenager, who were shot dead by the security forces around Lurgan and Armagh in 1982 amid claims there was a deliberate intention to kill them.

The Kinnego blast happened weeks prior to those killings and the attack was considered a motivating factor for those security force members who were subsequently involved in the six disputed killings.

Mr Boutcher has a track record of taking on investigations in Northern Ireland that could create conflict of interest issues if they were conducted by local officers.

He is already heading up an independent police inquiry, code-named Operation Kenova, into the activities of Stakeknife – the Army’s most senior spy with the IRA.

The investigation into the landmine deaths is separate from Operation Kenova.

Announcing the new inquiry, Mr Byrne said: ‘Following an independent review carried out at the request of my predecessor, Sir George Hamilton, outstanding investigative opportunities were identified in the murder of the three RUC officers at Kinnego embankment, Oxford Island, near Lurgan, County Armagh on October 27 1982.

‘I have now asked for the assistance of Operation Kenova lead, Jon Boutcher, to head an external investigation team to carry out a separate independent investigation.’

Mr Boutcher said: ‘I have met with the families of the three officers and have assured them of my commitment to this investigation. 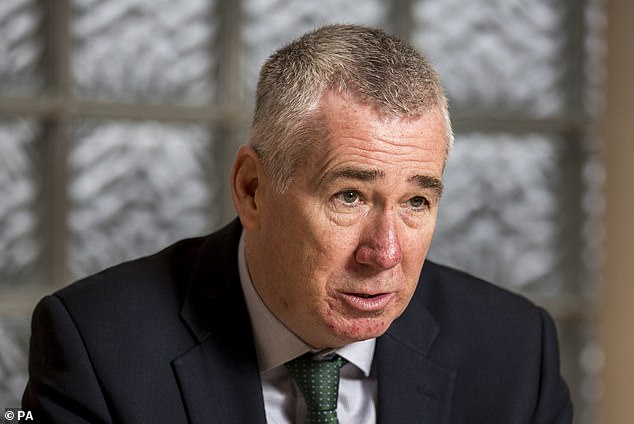 ‘All they have ever wanted is to find out the truth of what happened to their loved ones and I will do everything in my power to establish that for them.

‘They have shown great dignity over the years and have asked for the press to respect their privacy – I would echo that to allow my team to focus on the investigation.’

As well as Operation Kenova and the new probe into the Kinnego bombing, Mr Boutcher is also carrying out an independent investigation into the death of Jean Smyth-Campbell, who was shot dead in west Belfast in June 1972.

A timeline of Bloody Sunday and the Troubles

30 January 1972 – On ‘Bloody Sunday’ 13 civilians are shot dead by the British Army during a civil rights march in Londonderry. 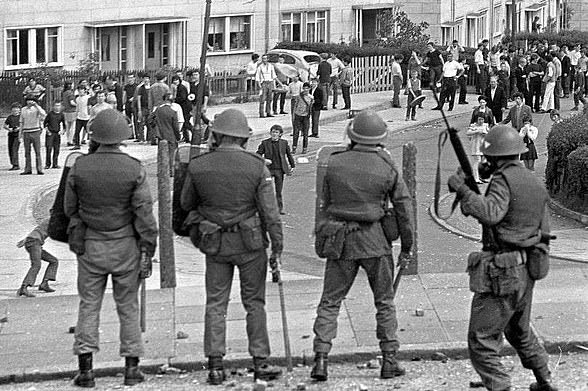 March 1972 – The Stormont Government is dissolved and direct rule imposed by London.

1970s – The IRA begin its bloody campaign of bombings and assassinations in Britain.

April 1981 – Bobby Sands, a republicans on hunger strike in the Maze prison, is elected to Parliament. He dies a month later.

October 1984 – An IRA bomb explodes at the Grand Hotel in Brighton, where Margaret Thatcher is staying during the Tory Party conference.

Early 1990s – Margaret Thatcher and then Sir John Major set up a secret back channel with the IRA to start peace talks. The communications was so secret most ministers did not know about it. 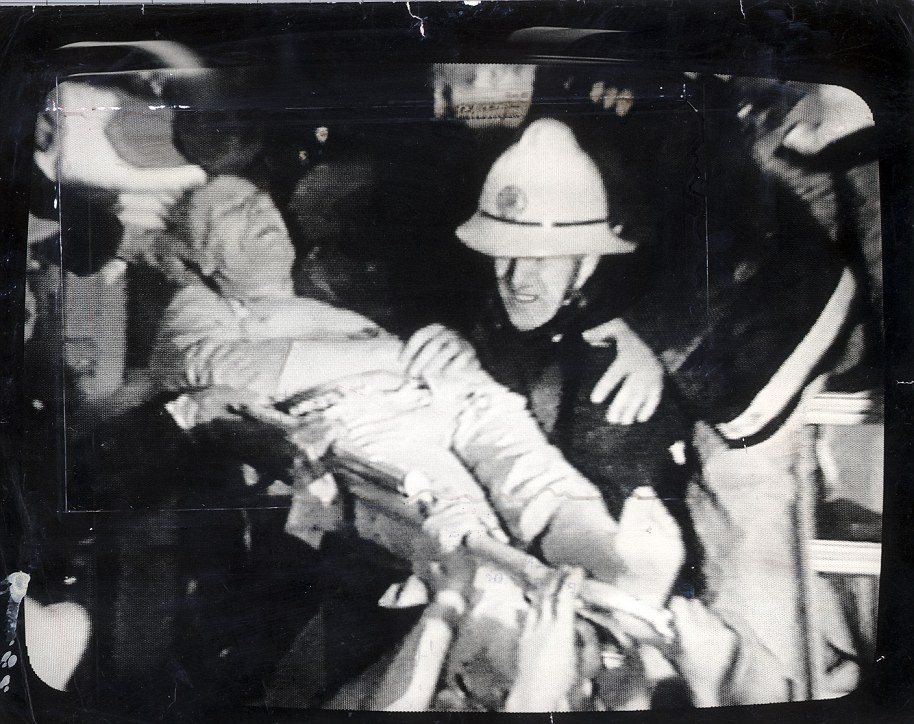 Norman Tebbit, a Conservative cabinet minister at the time, is carried from the wreckage of Brighton’s Grand Hotel following the IRA bomb in 1984 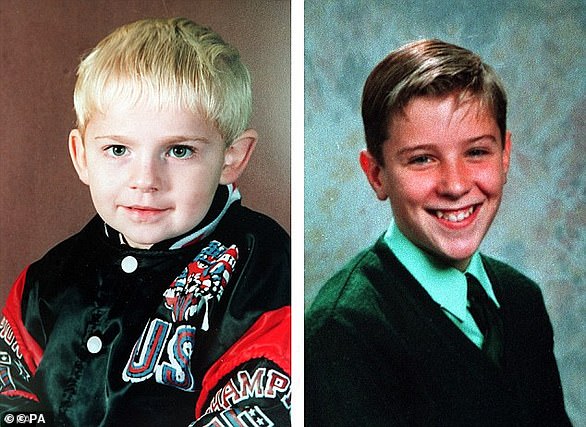 Johnathan Ball (left), 3, and Tim Parry (right), 12, were killed in 1993 after IRA bombs exploded in the small town of Warrington, Cheshire

April 1998 – Tony Blair helps to broker the Good Friday Agreement, which is hailed as the end of the Troubles. It establishes the Northern Ireland Assembly with David Trimble as its first minister.

2010 – The Saville Report exonerates the civilians who were killed on Bloody Sunday leading to a formal apology from then Prime Minister David Cameron to the families.

2019 – Prosecutors announce whether to brig charges against the 17 surviving Paras who fired shots that day. 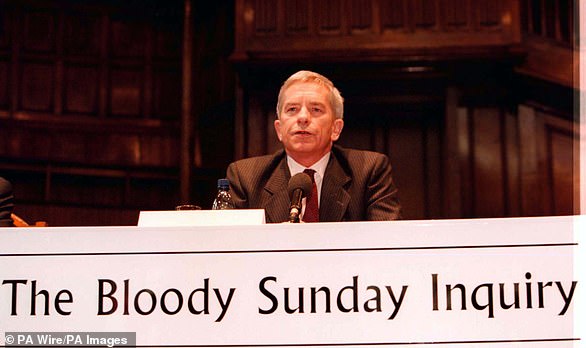 Grandmother turns detective to track down and thank family of the 'wonderful' surgeon who saved her
Kim Kardashian, Kanye West paid for private firefighters to save their home from California fire
Sadiq Khan accused of being a 'Scrooge' for junk food advert ban
Inside Boy George's luxurious $7500 a week in Sydney's upmarket in Watsons Bay
Craig David angers neighbour by installing four noisy air conditioning systems on his roof
CHRISTOPHER STEVENS brands Game Of Thrones finale 'the dullest story ever' and awards it two stars
GP crisis is set to worsen as just one in 20 trainees say they plan to do the job full-time
England and West Indies will take the knee before first Test to show support for Black Lives Matter