‘s new Bachelorette star boyfriend Tyler Cameron flew to the Netherlands to support her at the funeral of her beloved grandmother.

The 24-year-old model and the 26-year-old reality star, who have been dating around a month, were spotted arm in arm outside a service in Rotterdam to honor Ans van den Herik, who died late August after a long battle with cancer.

Their mother Yolanda Hadid attended along with her new boyfriend Joseph Jingoli. 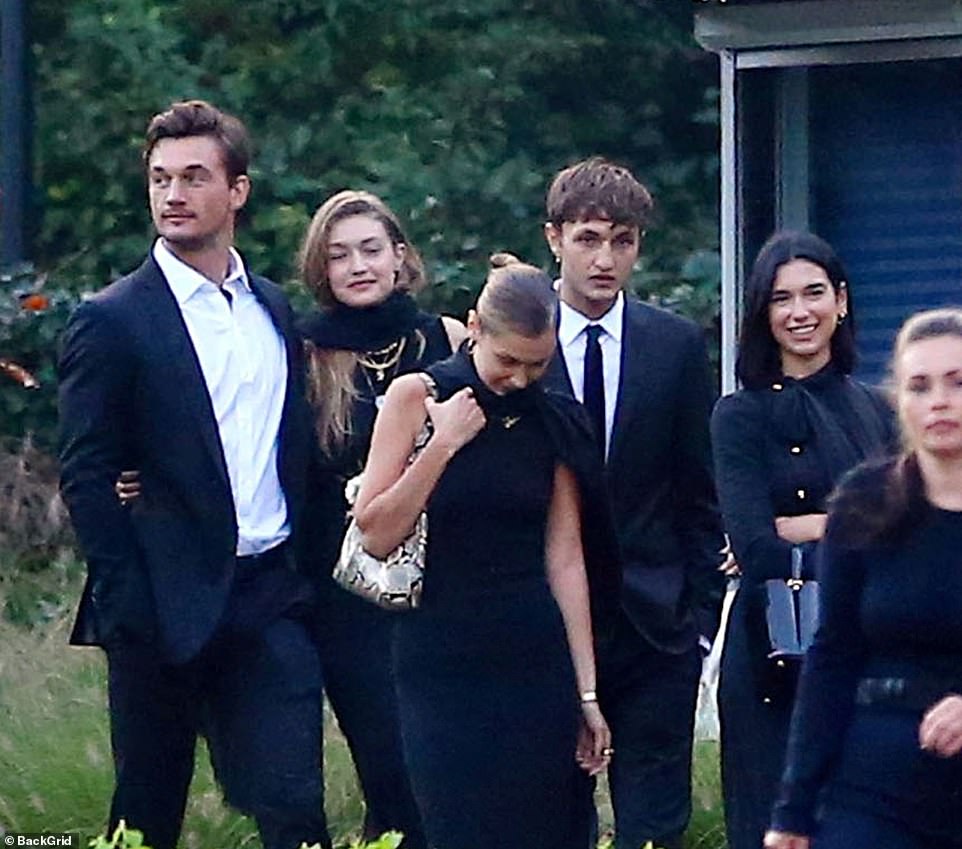 Gigi shared a photo from inside the funeral where she and Bella, along with their cousins, lovingly placed their hands on their grandmother’s flower-covered casket.

‘We love you Oma,’ Gigi wrote alongside the pic.

Last week Gigi paid a touching tribute to her ‘queen angel’ after her maternal grandparent died of cancer and praised her elderly relative’s ‘courage, strength and grace’

Gigi shared a series of black and white photos on Instagram of herself and Ans and wrote: ‘OUR QUEEN ANGEL fought cancer six times in her life with courage, strength, and grace while being the greatest mother and grandmother. She is an honorable guide we will carry with us forever. We love you more than words, our beautiful wonderful Oma.(sic)’

She also shared throwback photos of them together.

And the other bore the words: ‘REST IN PARADISE (sic)’

Gigi’s tribute came shortly after her mother, Yolanda, broke the news that her mom had died at the age of 78.

She wrote on Instagram on August 31: ‘RIP my guardian angel Mama, Thank you for loving me the way the way that you did and for making me the woman that I am today.

‘On angel wings you were taken away, but in my heart you will always stay….. I can not imagine this life without you but I pray that I will hear you whisper in the tallest trees and feel your love in the gentle breeze…

‘Rest In Peace my beautiful mama, I will honor you for the rest of my days….. Until we meet again, I LOVE YOU (sic)’

Bella remembered her grandmother on her own Instagram Stories with some photos.

She wrote: ‘I wish I could hug you right now.’

Kendall Jenner spent her school days 'crying in her room' because sister Kylie had more friends
Lisa Rinna's model daughter Amelia Hamlin, 17, looks trendy in a blazer dress
Jennifer Garner keeps things casual in sweater and jeans as she enjoys a girls night out in LA
Ricky Gervais was 'flattered' to be asked to play an 'exaggerated version' of himself in Scooby-Doo
'Married' Joshua Jackson and Jodie Turner-Smith expecting baby
'I was struggling to keep a roof over my head': Maura Higgins reveals severe financial problems
MAFS' Dean Wells emerges as an unlikely candidate for The Bachelor 2020
Chris Ramsey's pregnant wife Rosie showcases her blossoming baby bump for the first time